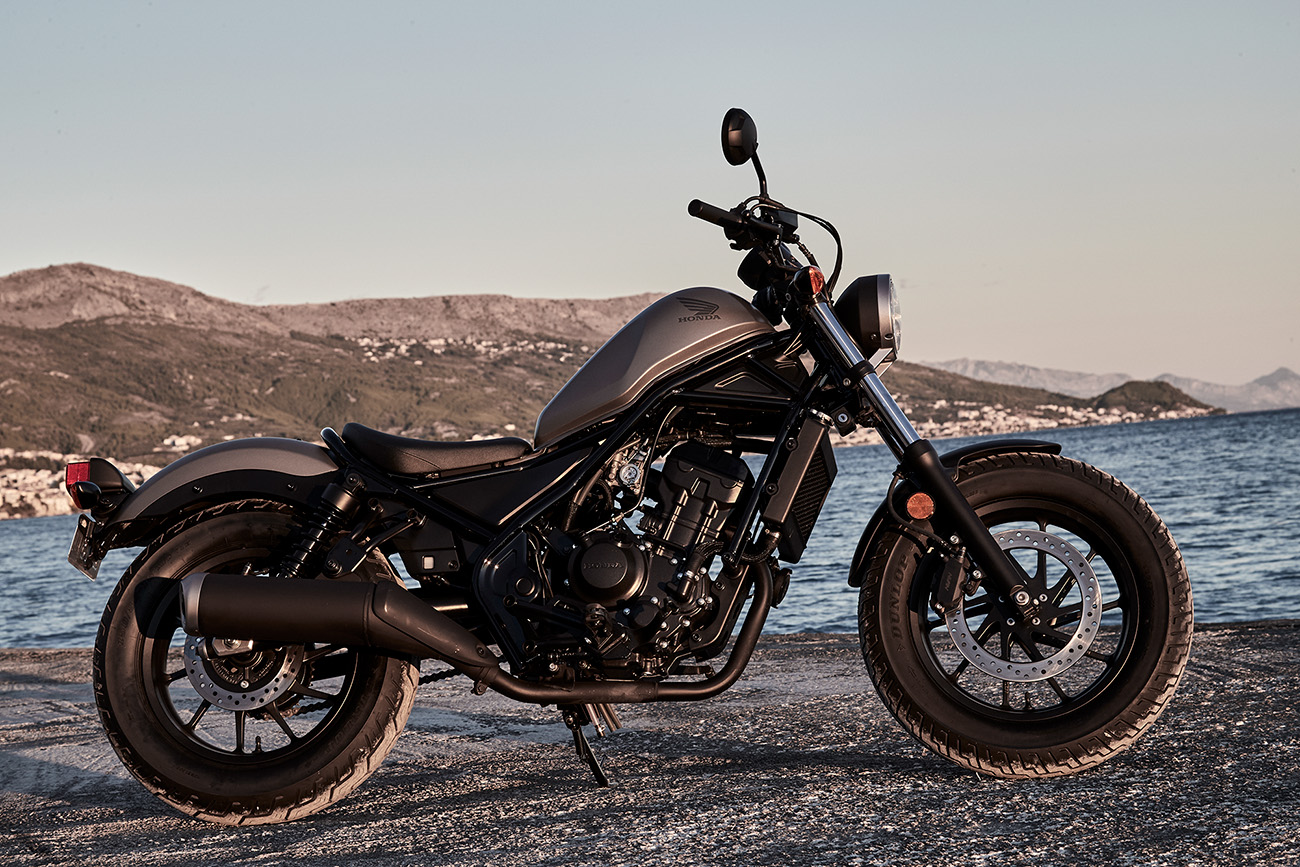 For years now the American side of the motorcycle industry has released different bikes in North America than in Europe. Just like any vehicle manufacturer, driver needs vary dependent upon the country in which they’re being sold. This is no different than with motorcycles; however to the dismay of many motorcyclists in the USA, we’re often left without such a wide range to choose from. It seems these days that “middle weight” bikes are no longer 500 or 600cc, but an average of 800cc or so. For many people, newer riders as well as petite ladies for example, these large engines could be just too cumbersome for the riders purpose. Whether it’s an excess of necessary power or the actual size and weight of the bike itself, many people are looking for more manageable motorcycles, less expensive and with a smaller engine displacement.

That’s where the new wave of little bikes is coming from. The long established Ninja 250 and similar bikes existed, sure… but where’s the fast, fun, light weight rides that you can feel secure about taking on higher speed freeways or out with a group of buddies on bigger bikes? The 2017 Honda Rebel in 300 and 500cc enters the fold among similar Ducati Scrambler Sixty2 (400cc), KTM Duke and RC 390, and others.

The new Honda Rebel seems to fall in a pretty cool no man’s land between cruiser and sport bike, begging for you to customize the base and make it your own. Honda exemplified this fact my throwing a release party in Long Beach at the Federal Bar Underground last night featuring the stock motorcycles but also three very different custom Rebel builds. They remind me, at least in their neutrality, of earlier UJM bikes that inhabited a more friendly middle ground of motorcycling for folks who maybe didn’t identify with chaps nor “crotch rockets”. 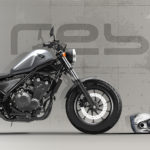 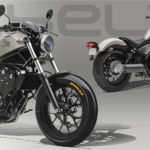 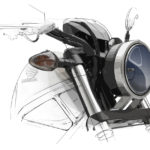 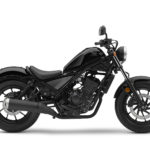 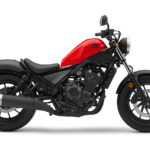 This BMX inspired 300cc Thumper made me ridiculously happy for a reason that I still just can’t put my finger on. These days there are too many motorcycles that look the same… something different, even if it wouldn’t be what I built, is great to see. I would roll these bars back a little bit and ride the hell out of this little thing. 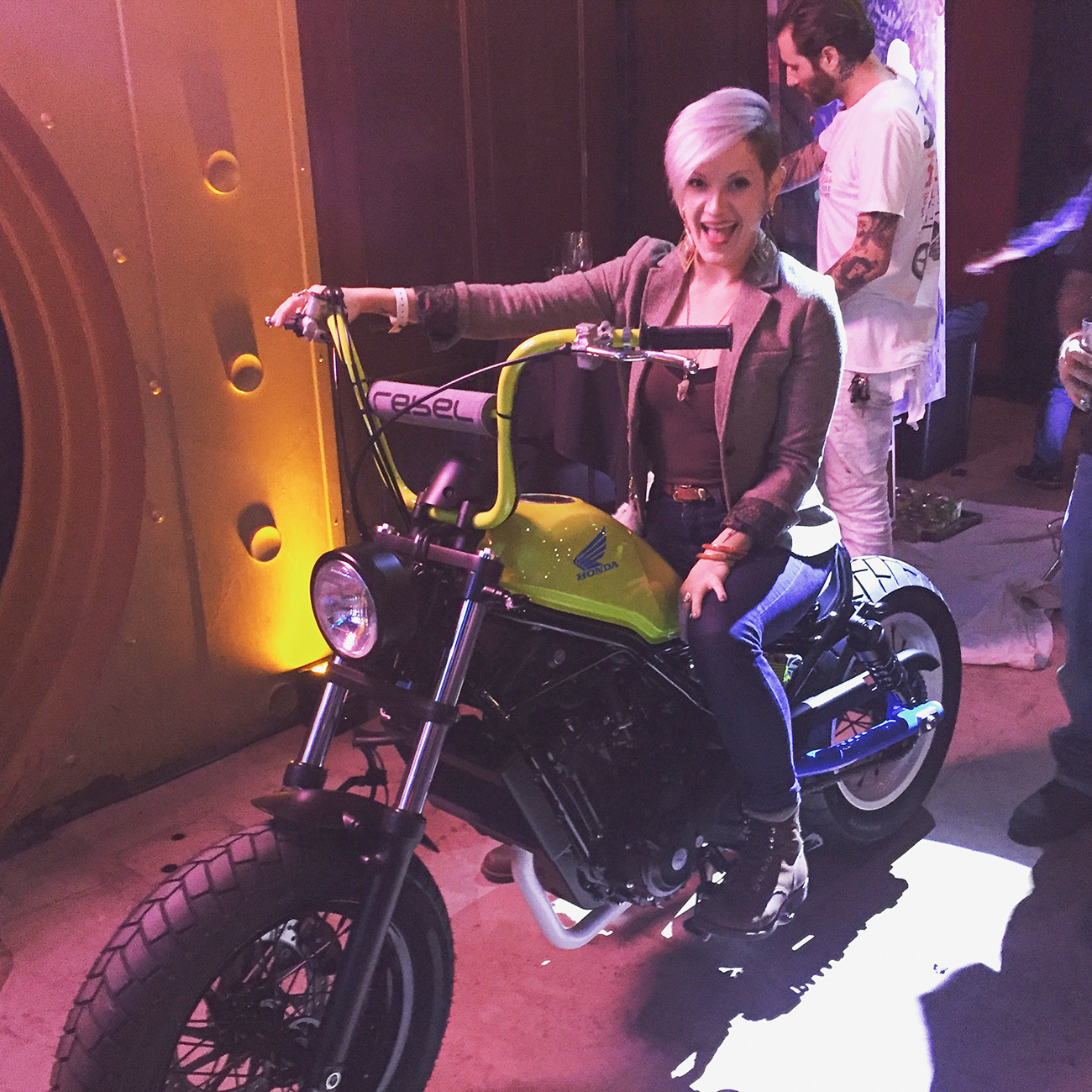 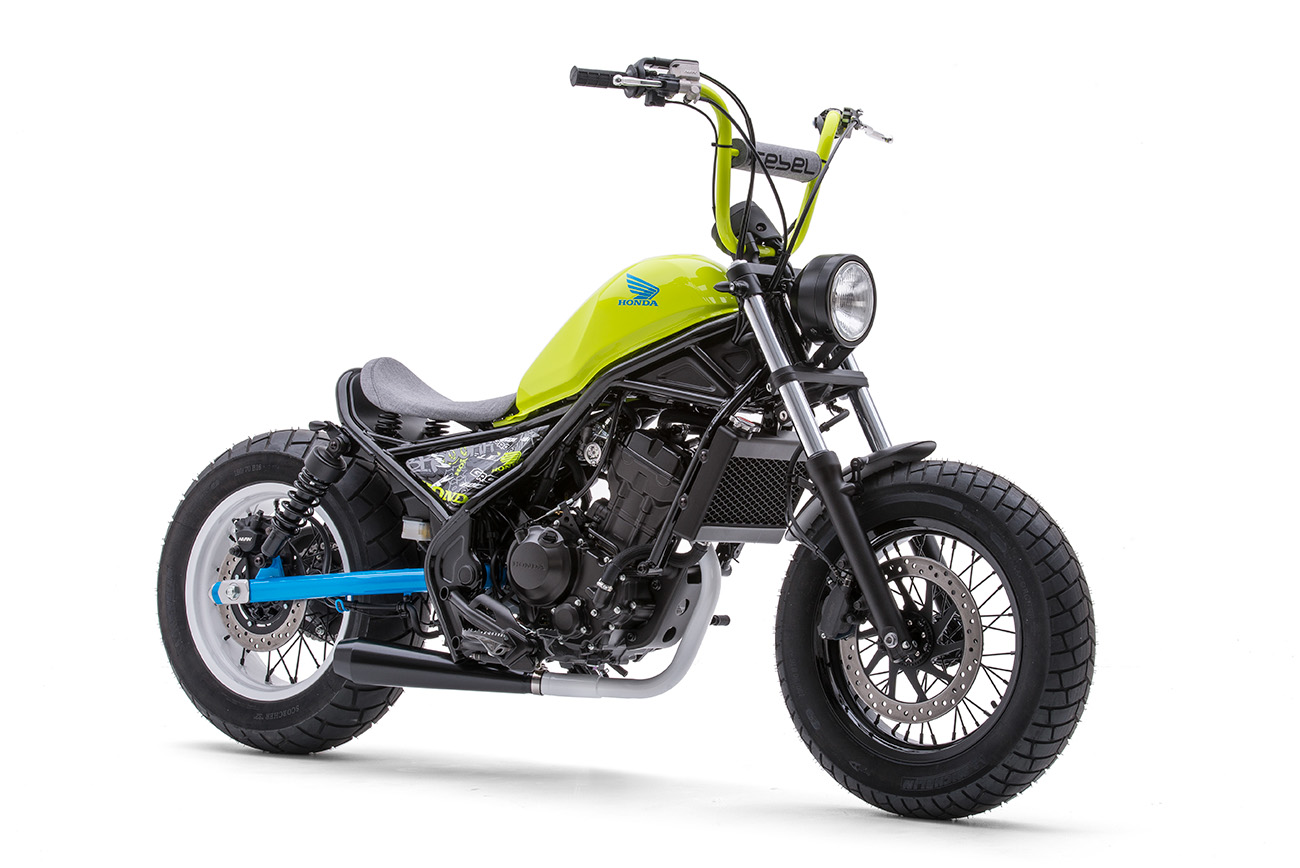 Or do you prefer low slung clip-on bars and an abstract paintjob? They look good with that treatment, too. 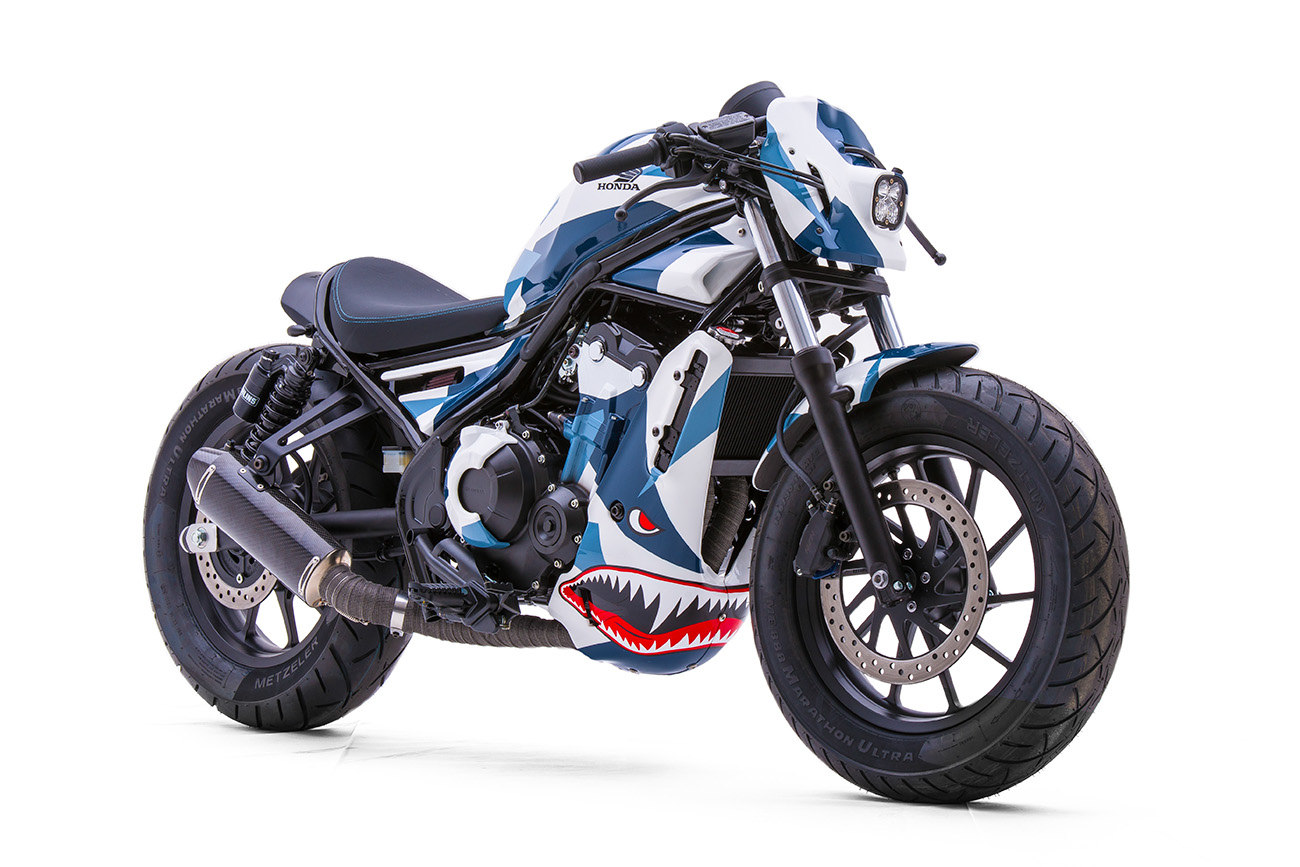 It was hard for me to decide if I liked the BMX Rebel, or the 70s throwback paintjob sparkle-motion version with exhaust by Lossa Engineering. 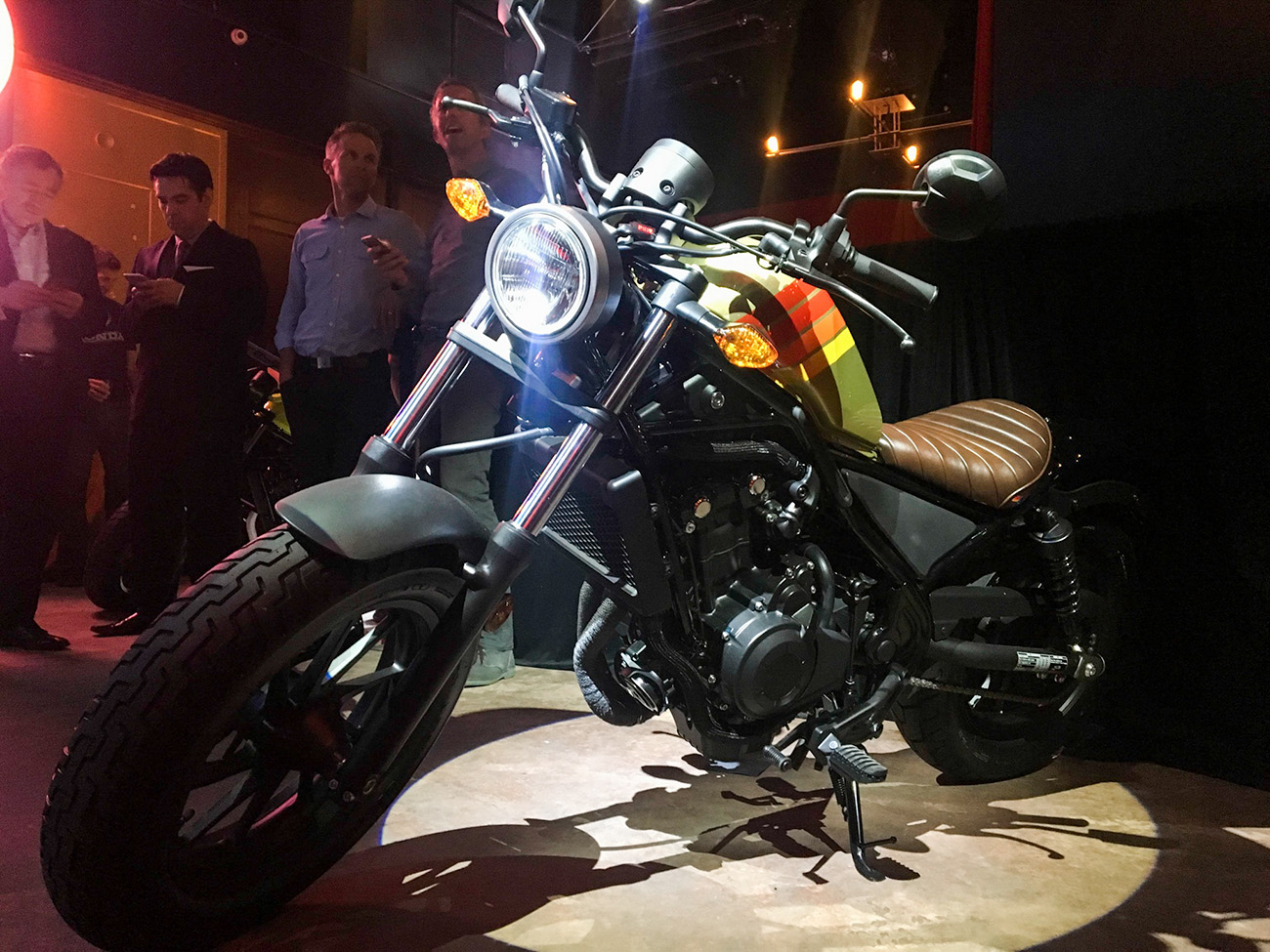 I hope to soon put these little guys to the test on some California roadways and will then report back. As far as sitting on them and feeling the position, they’re pretty comfortable, and super lightweight. I’m a fan of customizing everything too, and these appear to be a perfect base. Especially because of their low cost. I guess we’ll see what kind of stuff people come up with after April 2017 when they’re available! 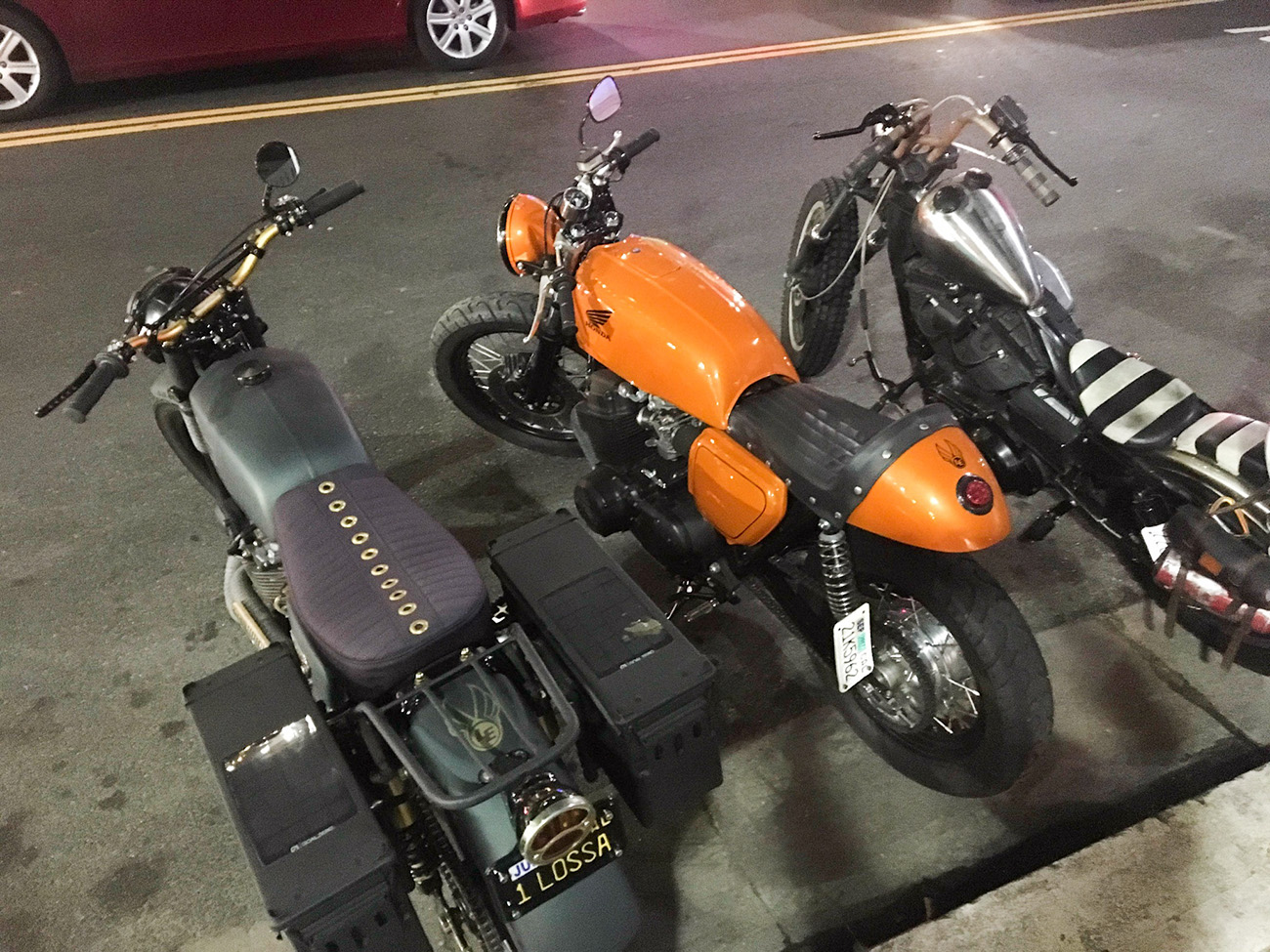 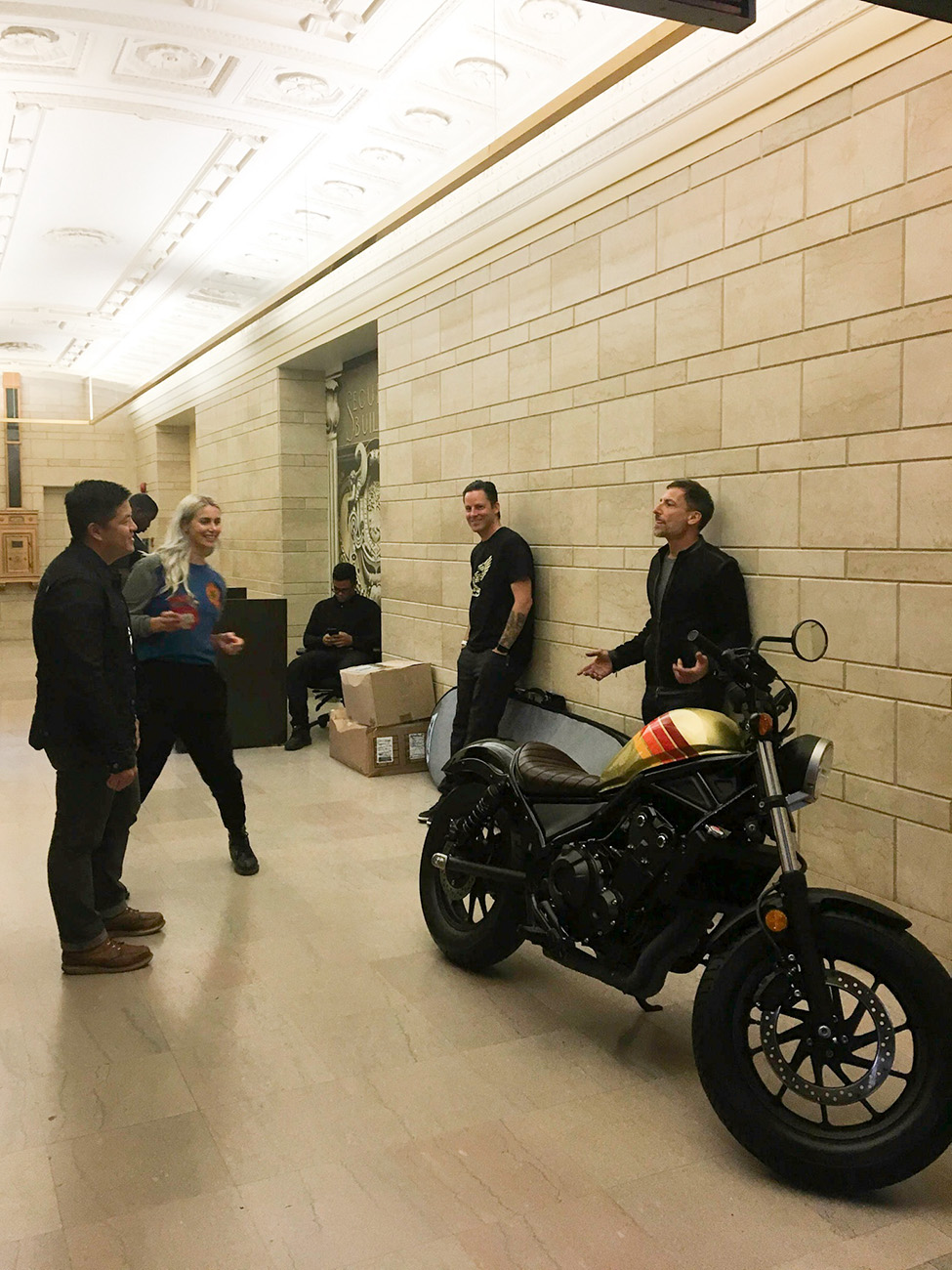 Honda people hammin’ out and packin’ it in