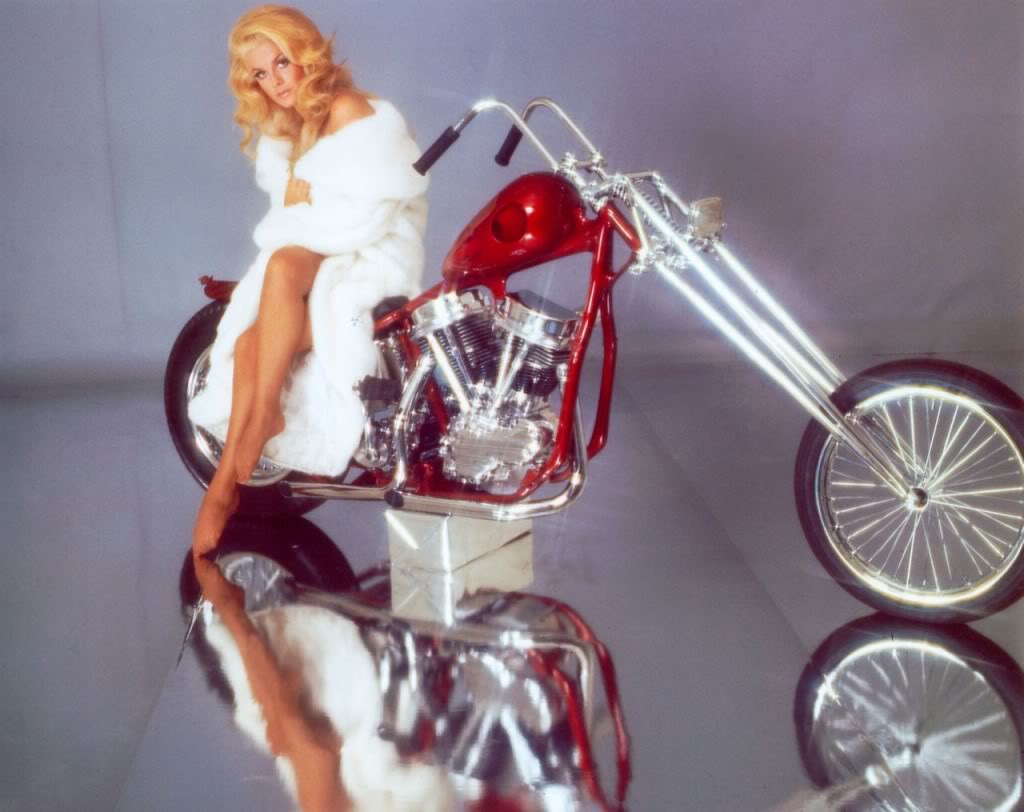 Ann-Margret is an Actress and motorcyclist born in Sweden in 1941.

Her roles earned her five Golden Glove Awards, two Academy Award nominations, two Grammies, an six Emmy awards. She was also well known for her singing abilities and her musical career spanned five decades. She had a seven year contract with 20th Century Fox, and has continued working on screen even this year. Many of her most notable roles were in the 1960s. She also often appeared riding motorcycles in movies, and is an avid motorcyclist.

One of the most known parts she played was in the Swinger riding a Triumph Tiger. 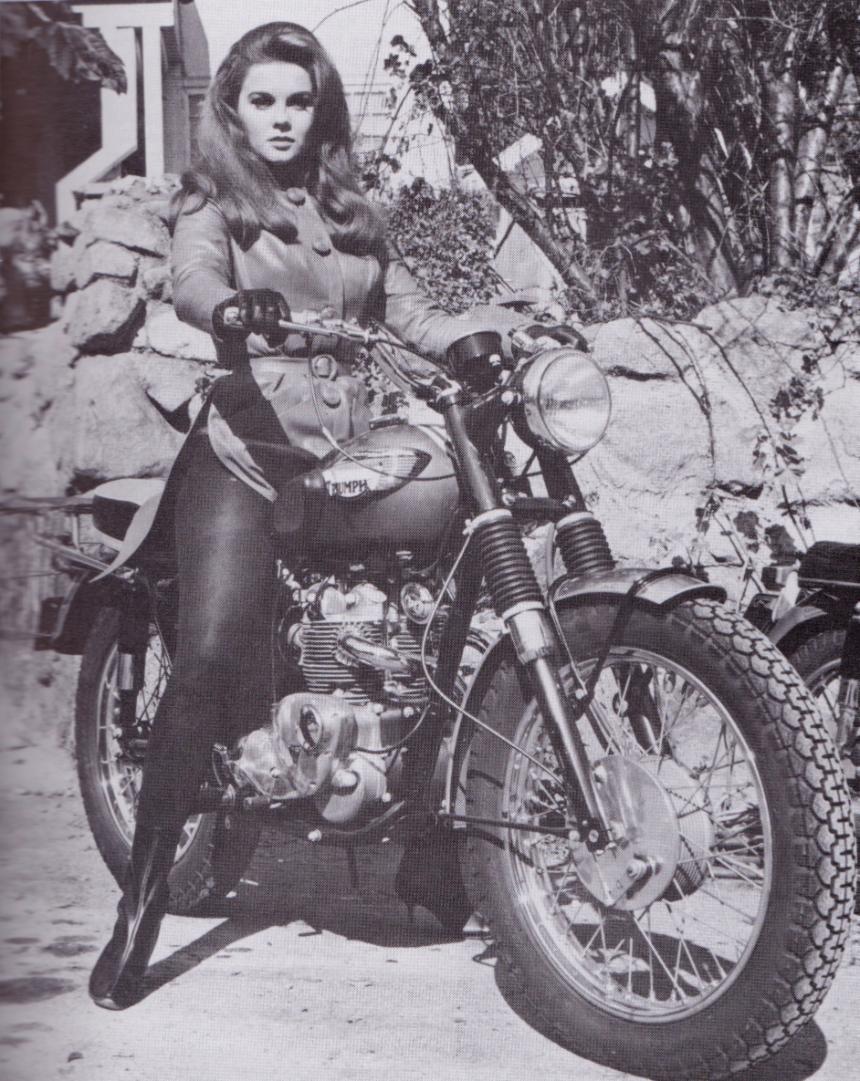 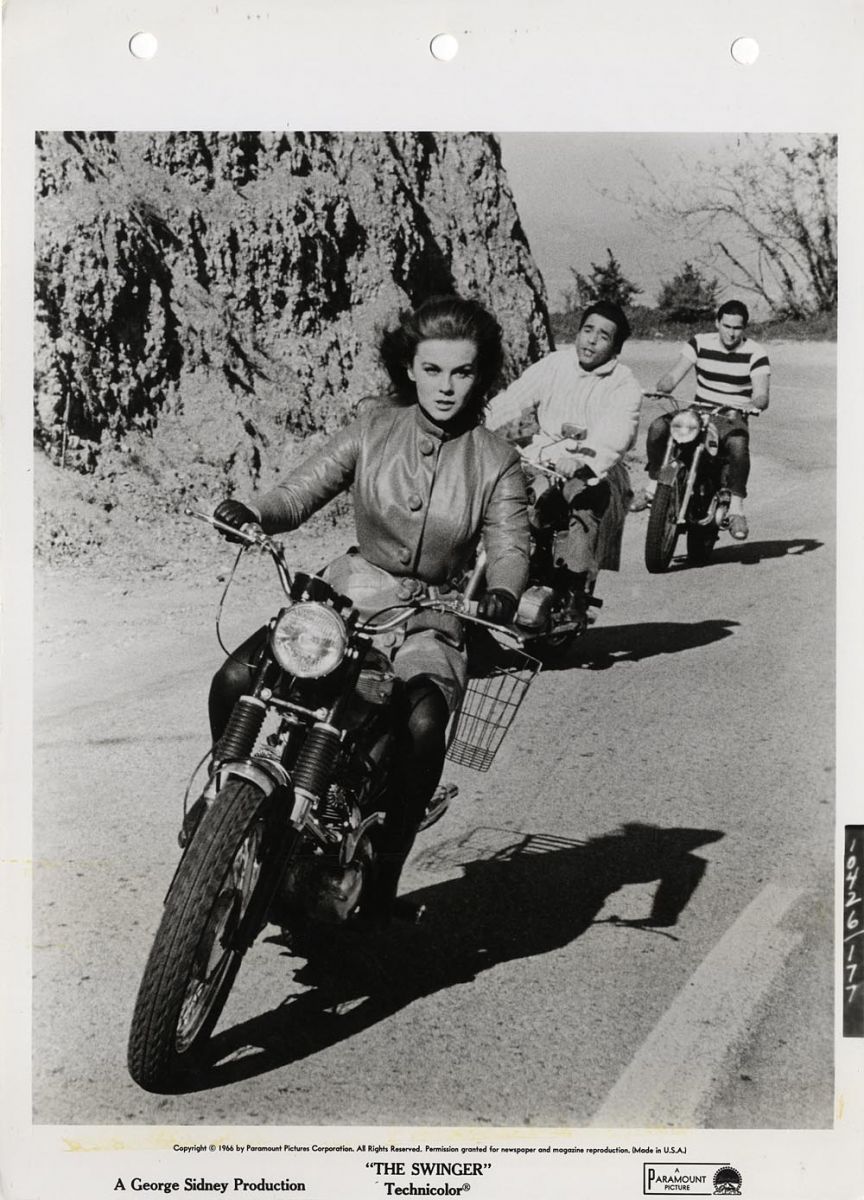 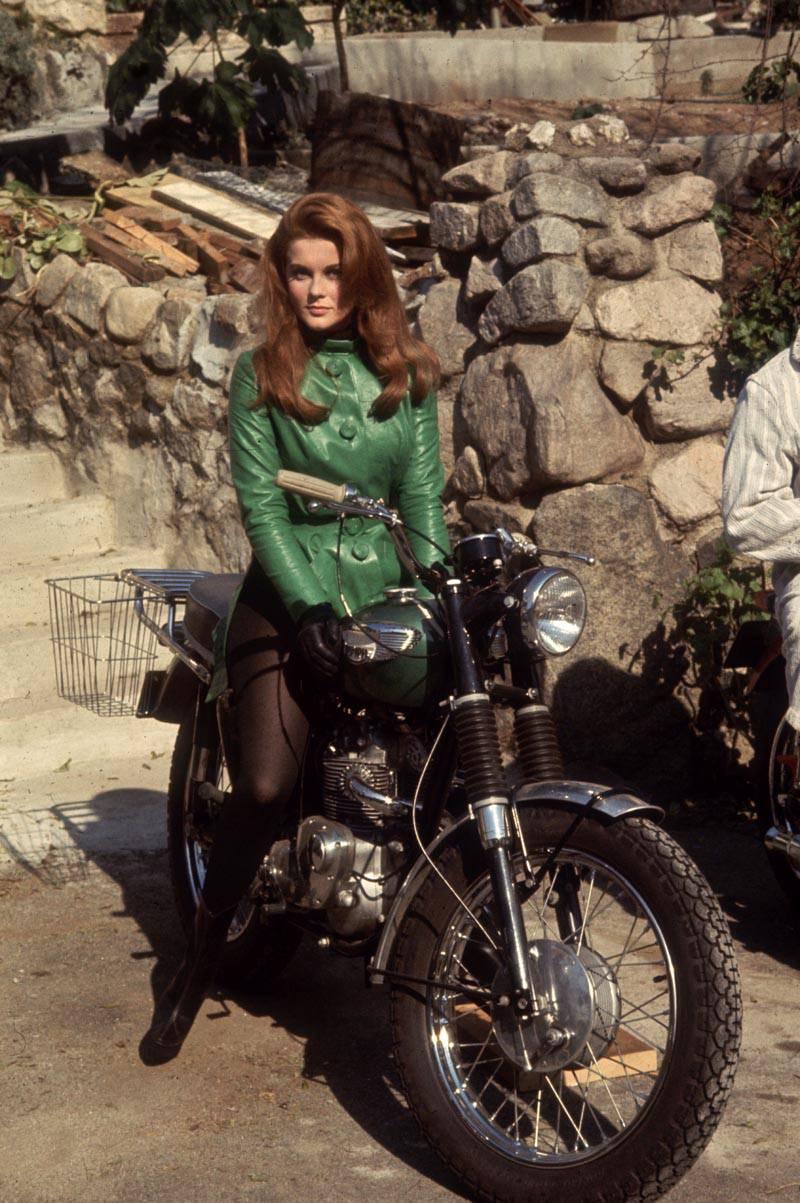 Undoubtedly, this photo was hung on the walls of many boys back in the day. 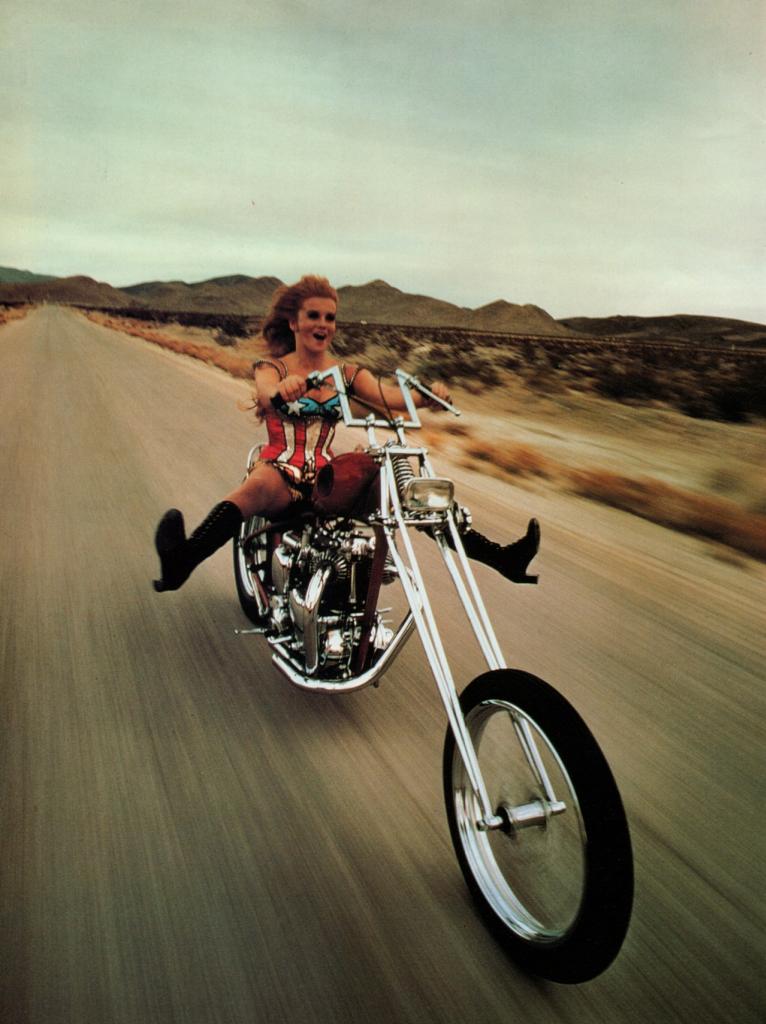 Freedom ridin’ on a Triumph chopper

…and probably this one, too. 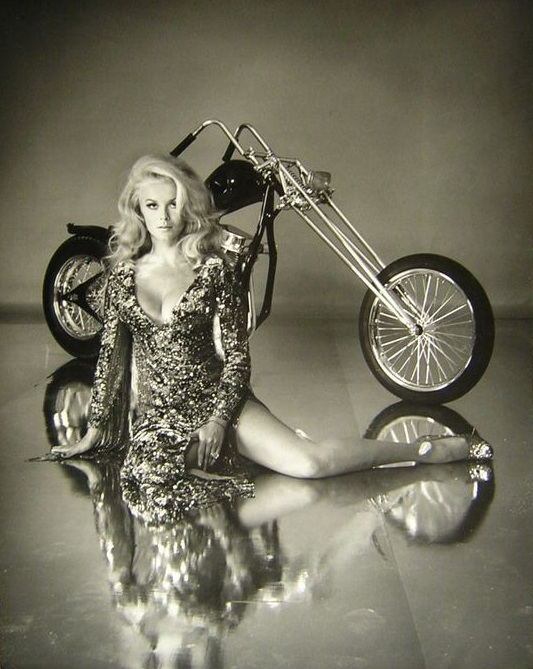 Posted on September 27, 2014 in History, MotoLadies by Alicia Mariah Elfving