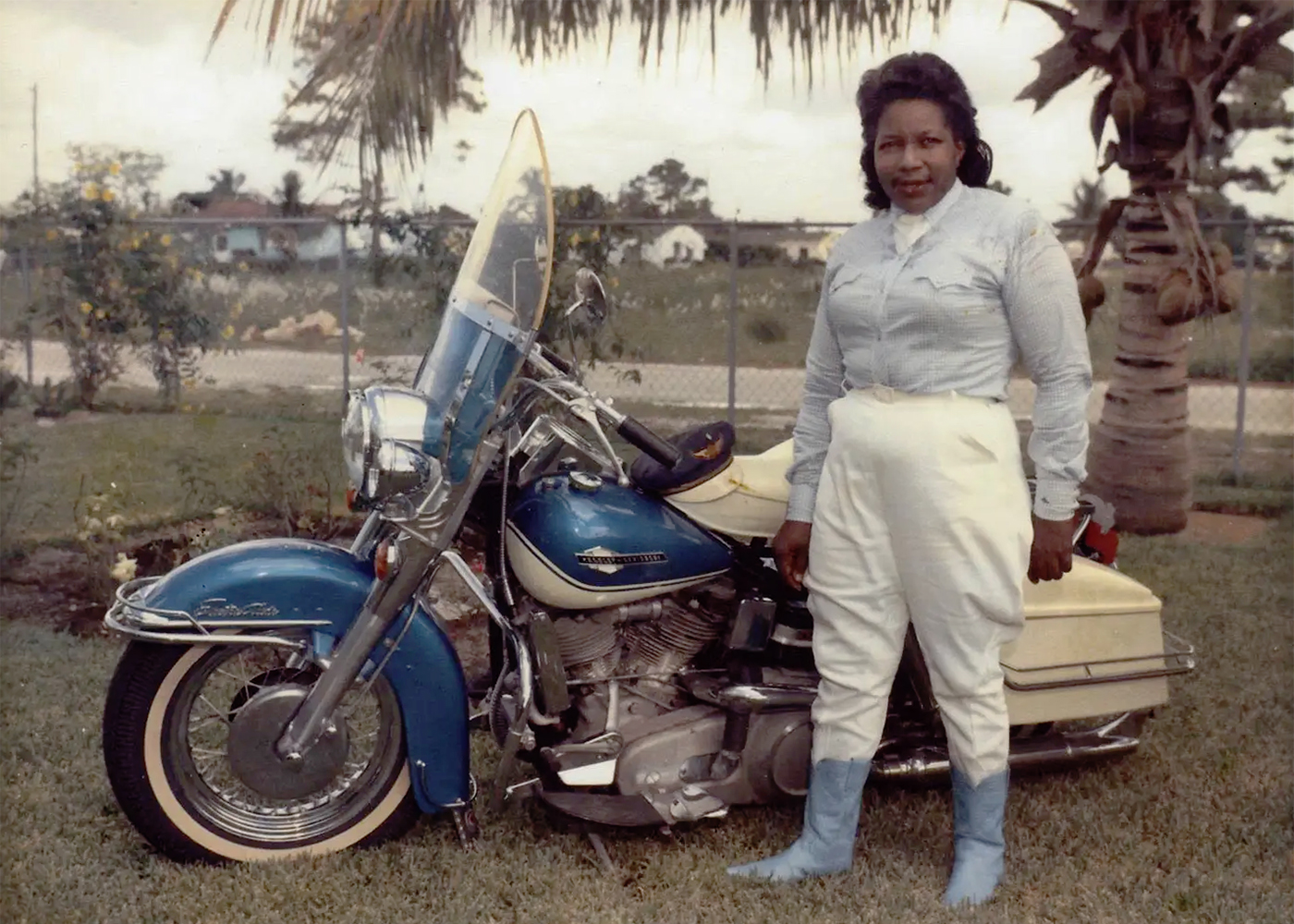 Before the days of national highway systems, before the Civil Rights Movement took hold and women were frequently treated as nothing more than baby-makers… Bessie Stringfield was an active solo traveler. Bessie is a bastion of freedom through motorcycling to this day for this reason and so many more. Born in North Carolina in 1911, she was no stranger to the dangers of segregation and mistreatment of women. Despite many risks and warnings from friends and family, she racked up nearly a million miles on her 27 Harley Davidson motorcycles (and one Indian Scout). In her six-decade-long motorcycling career, she rode around America eight total times.

In the 1994 book “African American Queen of the Road: Bessie Stringfield” by Ann Ferrar, stories about her life include the journey of a young woman who chose to ride bikes in a not-so-friendly time. As a teenager, Stringfield was scolded for her “unladylike” goals and was told, “nice girls don’t go around riding motorcycles”. Bessie didn’t stick around listening to continual admonishments– she left home to follow her dreams and cut ties with unsupportive family members.

Stringfield hadn’t the foggiest idea how to ride her first bike, a 1928 Indian Scout, but she didn’t care. According to the fiery sub-five-foot rider, her natural abilities on two-wheels were bestowed upon her from “the Man Upstairs” as she often called him. She prayed and prayed, and in her dreams found herself riding, shifting through the gears, and soaring through the wind. Divine intervention or not, she became a masterful motorcyclist– completing hill climbs and even riding that Scout around the rattly boards of the Wall of Death.

During her 73 years on earth, Bessie worked several jobs including Nanny, Cook, Nurse, and perhaps most notably, a civilian dispatch rider for the Military during World War II. Eventually, she settled down (as much as such an adventurous woman could) putting her kickstand down in Florida. Locals came to call her the “Motorcycle Queen of Miami” and “motorcycle lady” (whaaaat).

Bessie Stringfield will always be one of the most notable women in motorcycling– playing an important role in African American and women’s history alike. She was also… the original MotoLady. 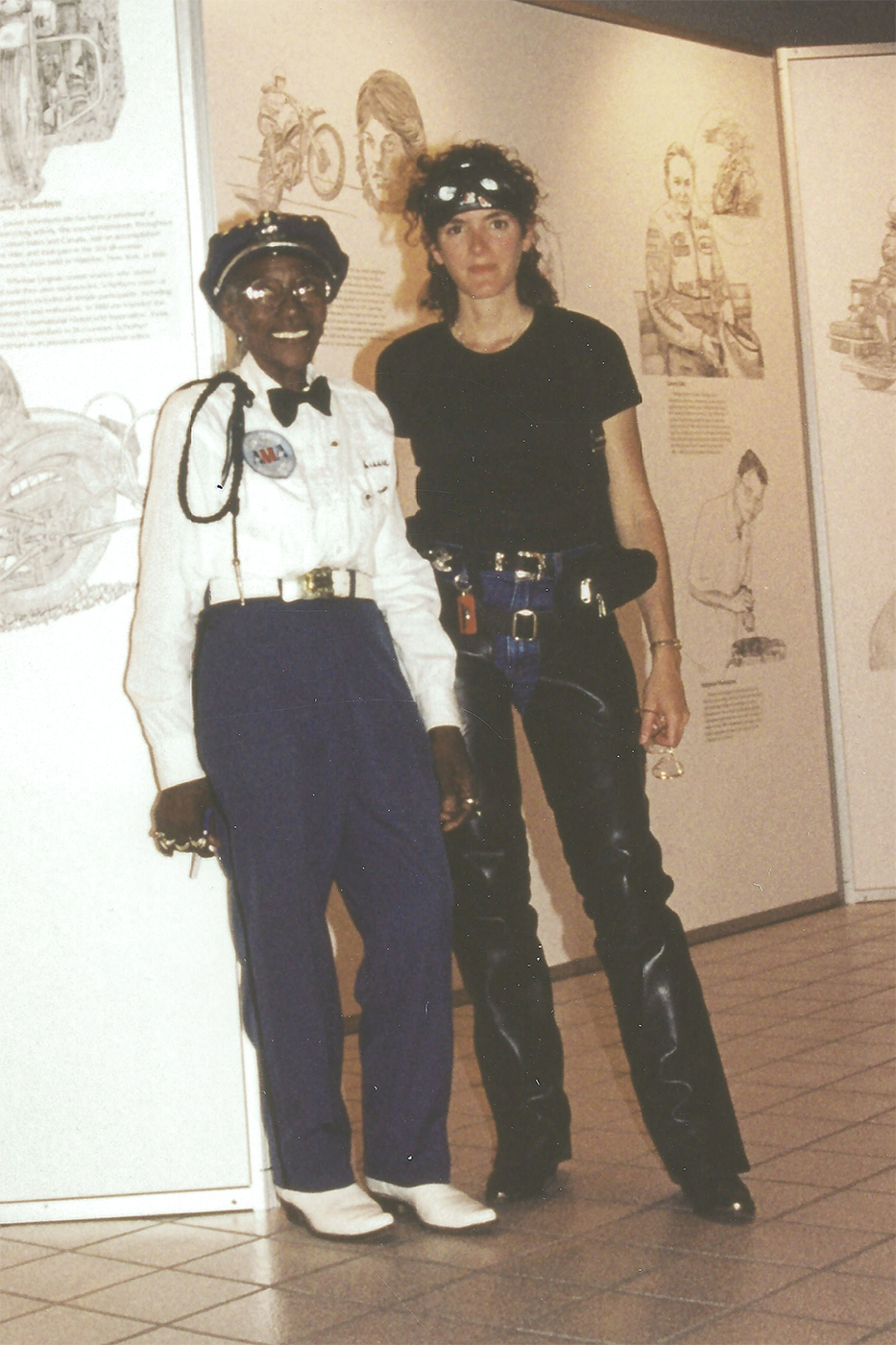 Authors note: I wrote this piece in 2019 for my book, “The MotoLady’s Book of Women Who Ride: Motorcycle Heroes, Trailblazers, & Record-Breakers,” but was sadly unable to publish it. It should be noted that Ann Ferrar (pictured above with Bessie) was the original source of Stringfield stories. They became close in Bessie’s later years, Ann recording stories and cataloging photos from her travels. The photos above are owned by Ann Ferrar, and I hope that for the sake of women in motorcycling she will appreciate the way in which they are being used to frame a story about an incredible woman that the whole world should know about.

You can find more information about the Bessie Stringfield Book here.