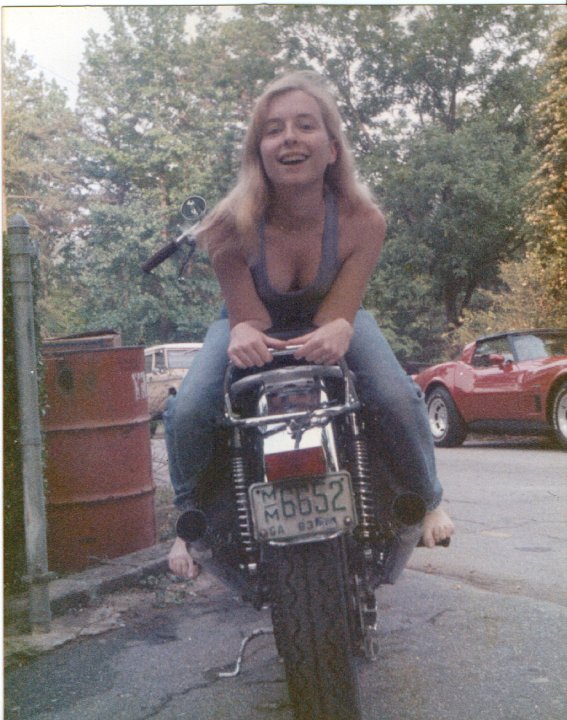 He was unhappy with his stock 1979 Triumph Bonneville Special, so he decided to go custom. He and Diane, his girlfriend at the time, stripped the bike down to the frame and removed all the extra crap. They were having problems- it was only running on one cylinder. Diane sat and stared at the wiring diagram and said “how do you have the coils hooked up?” A few wire swaps later, the Bonnie was alive and well.

Gary and Diane have now been married 23 years. Photo circa 1986.