The Lake of Bonneville Salt Flats

Bonneville Speed Week was postponed by a day today because of rain on the flats, which immediately brought to mind the un-published images from the MotoLady trip to Bonneville for the BUB Motorcycle Speed Trials (which took place the week after speed week in 2012). Now known as the Bonneville Motorcycle Speed Trials, this wasn’t the first time they got rained out, and it won’t be the last. 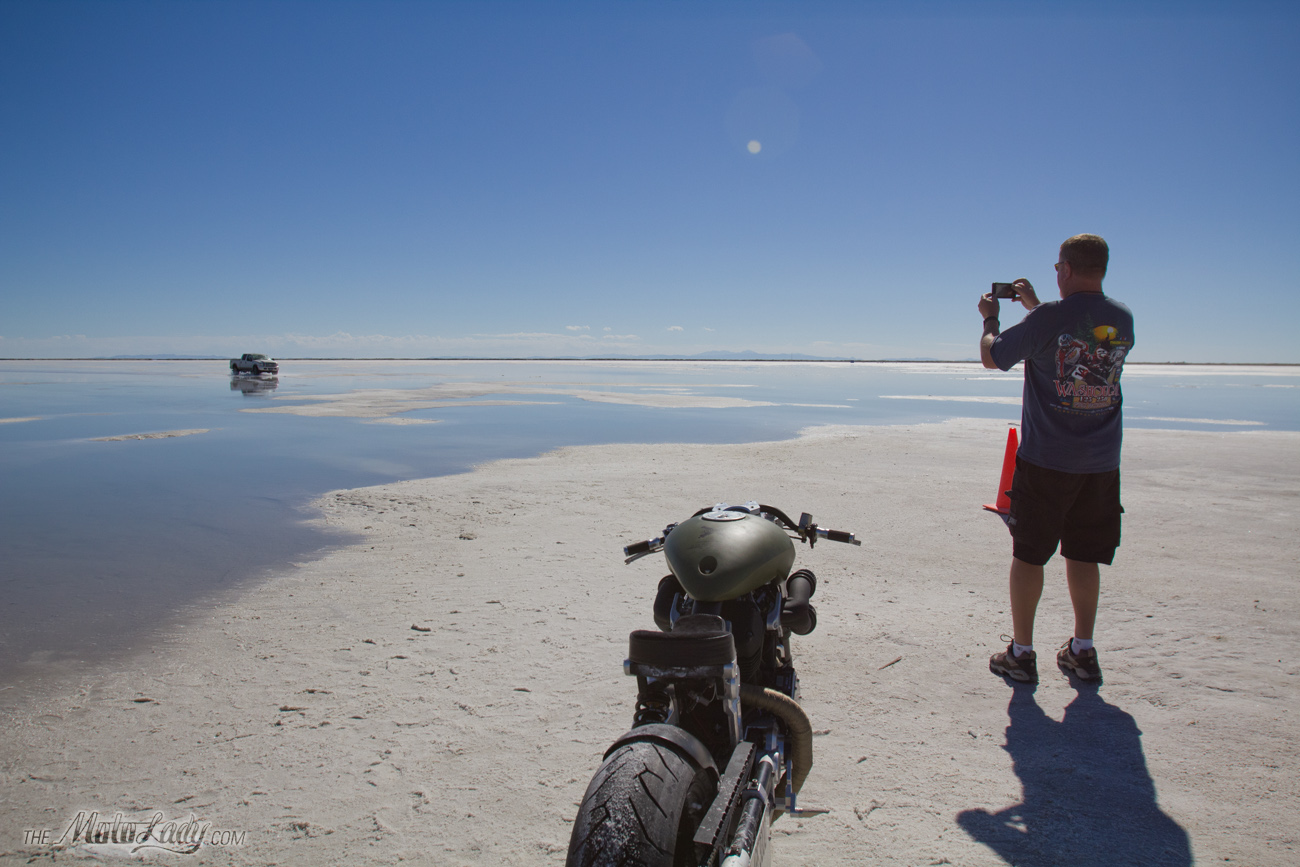 Officials crossed the wet flat lands to assess the situation and check out pits, crashing through pockets of rather deep water. 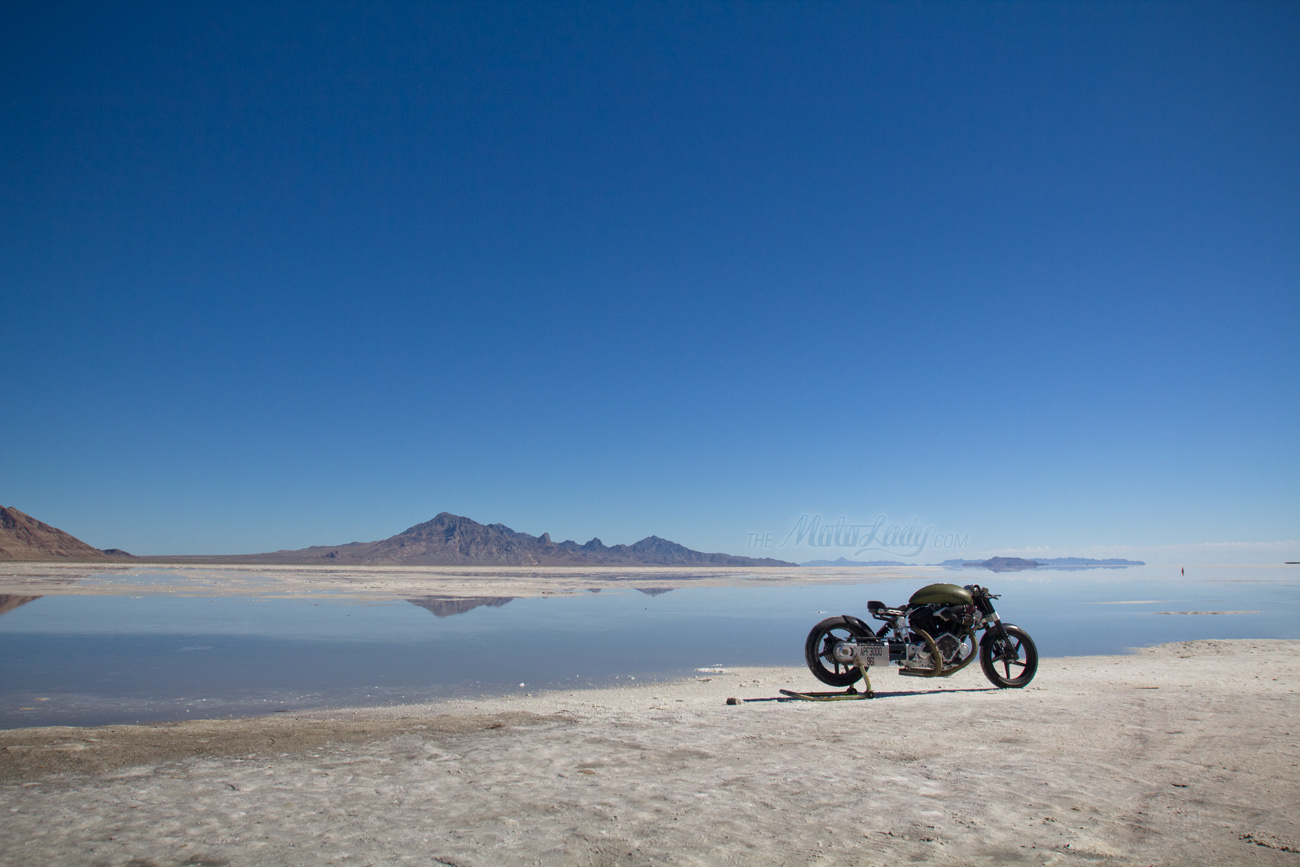 A Sort of Ghost Town

When I rolled into Wendover, UT late in the evening I had no idea I’d wake up to the races being postponed the next day. When I arose and heard the news, I couldn’t get the idea of how cool the flats must look covered in water out of my head. So I hopped in the lil red truck and made my way to the Bonneville Salt Flats for the very first time. A place I had put on my bucket list, known for being a huge vat of salt, dry as can be… covered in water. It was beautiful. The windless air left the layer of water motionless and mirrored. There was a small group of folks at the ‘launch pad’ with Confederate motorcycles set up, doing an interview or somesuch… but other than that it was a sort of ghost town. When the event is kicking, there are thousands of people set up on the flats- semi trucks and trailers, motorcycles galore, and a veritable tent city easy-up style. 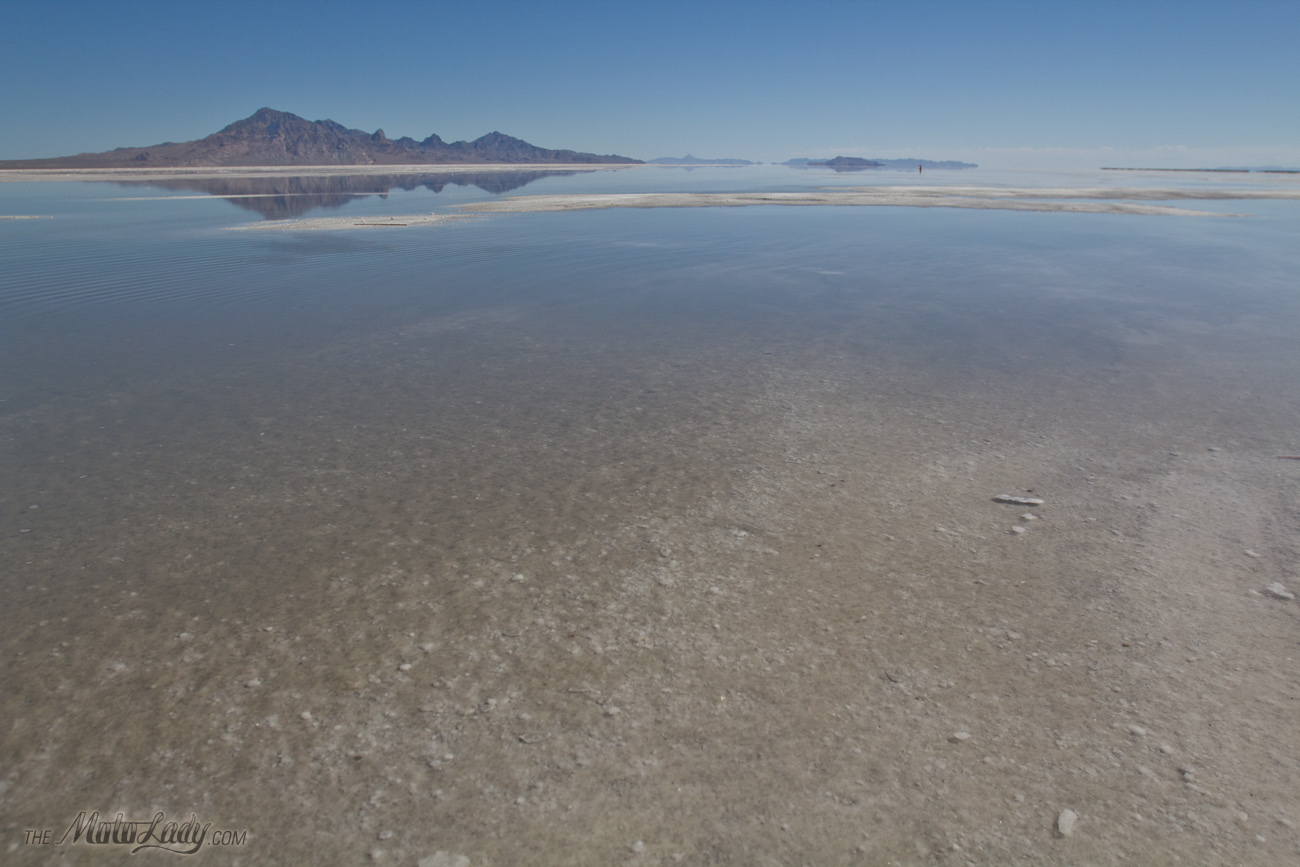 The rain day felt similar to a snow day when it came to the moods of the racers.

Two schools of thought arose from the postponing of the races- some folks hunkered down, grumbling and frustrated, tinkering with their machines on their forced down-day. Others decided to drink their day away. Messages scratched into wet salt, people pretending to be jesus walking on water, an overall air of tomfoolery. 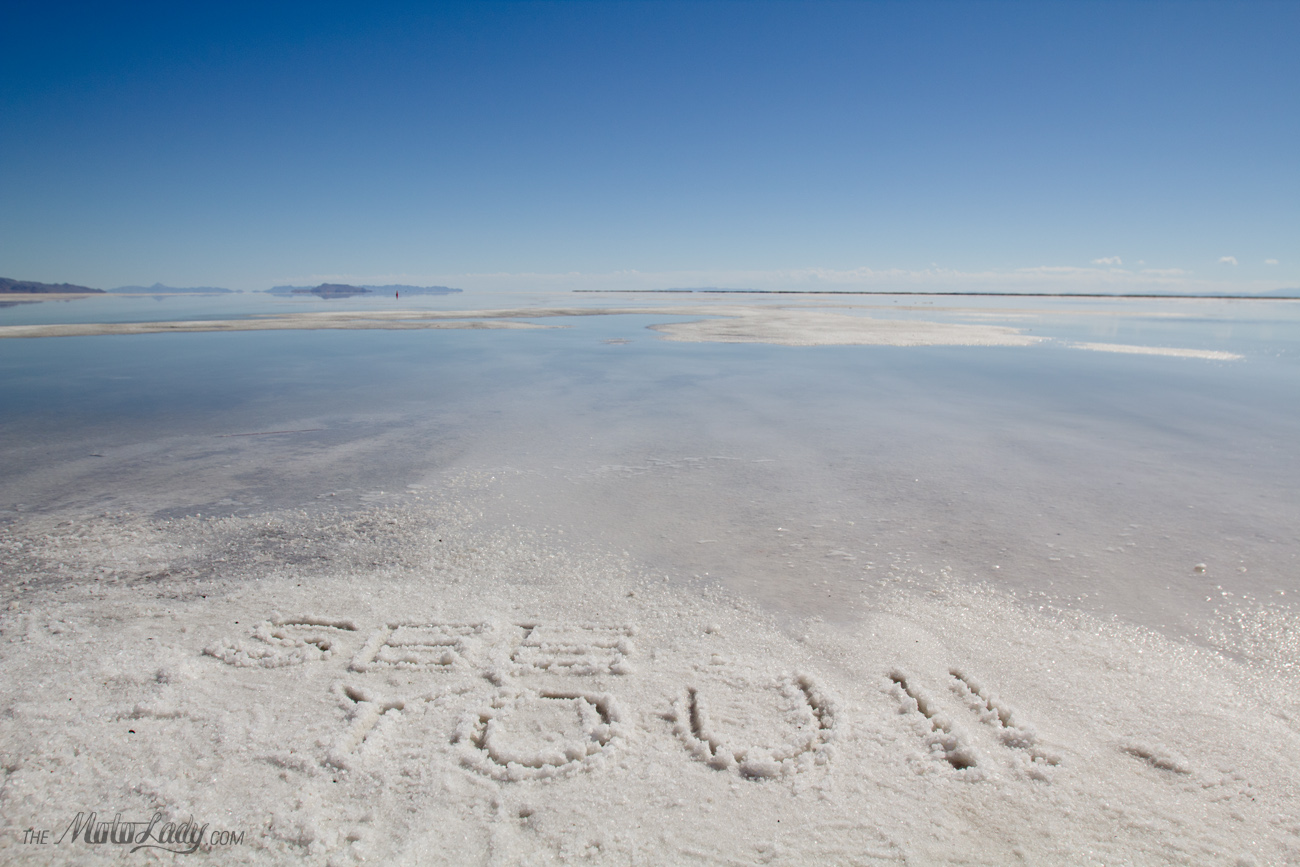 A pair of fantastic folks event went so far as to make a special sign just for the occasion. 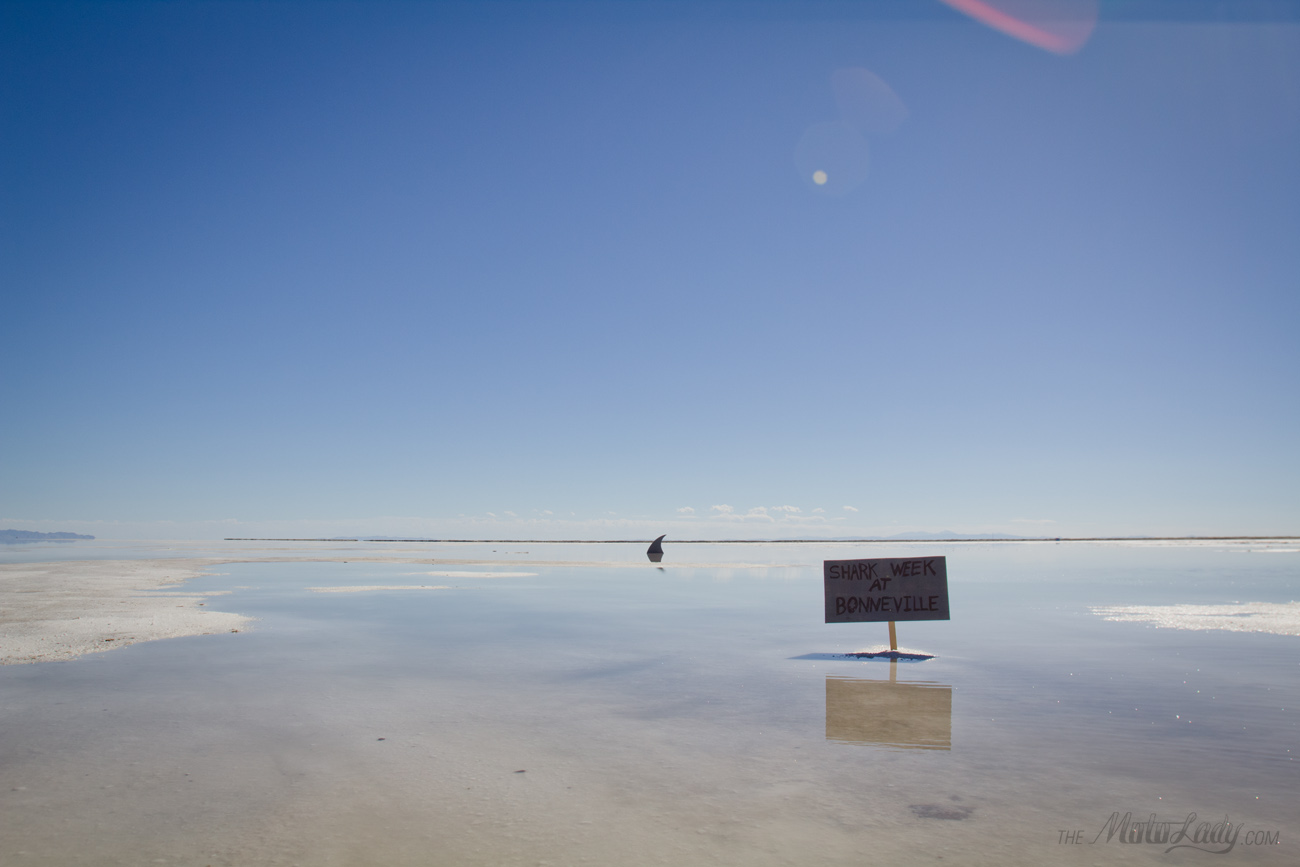 I watched them park their car, get out with two pieces of wood and start walking off into the water, wondering what on earth was going on. Next thing I know they’re hammering these bad-boys into the ground. Absolutely brilliant. 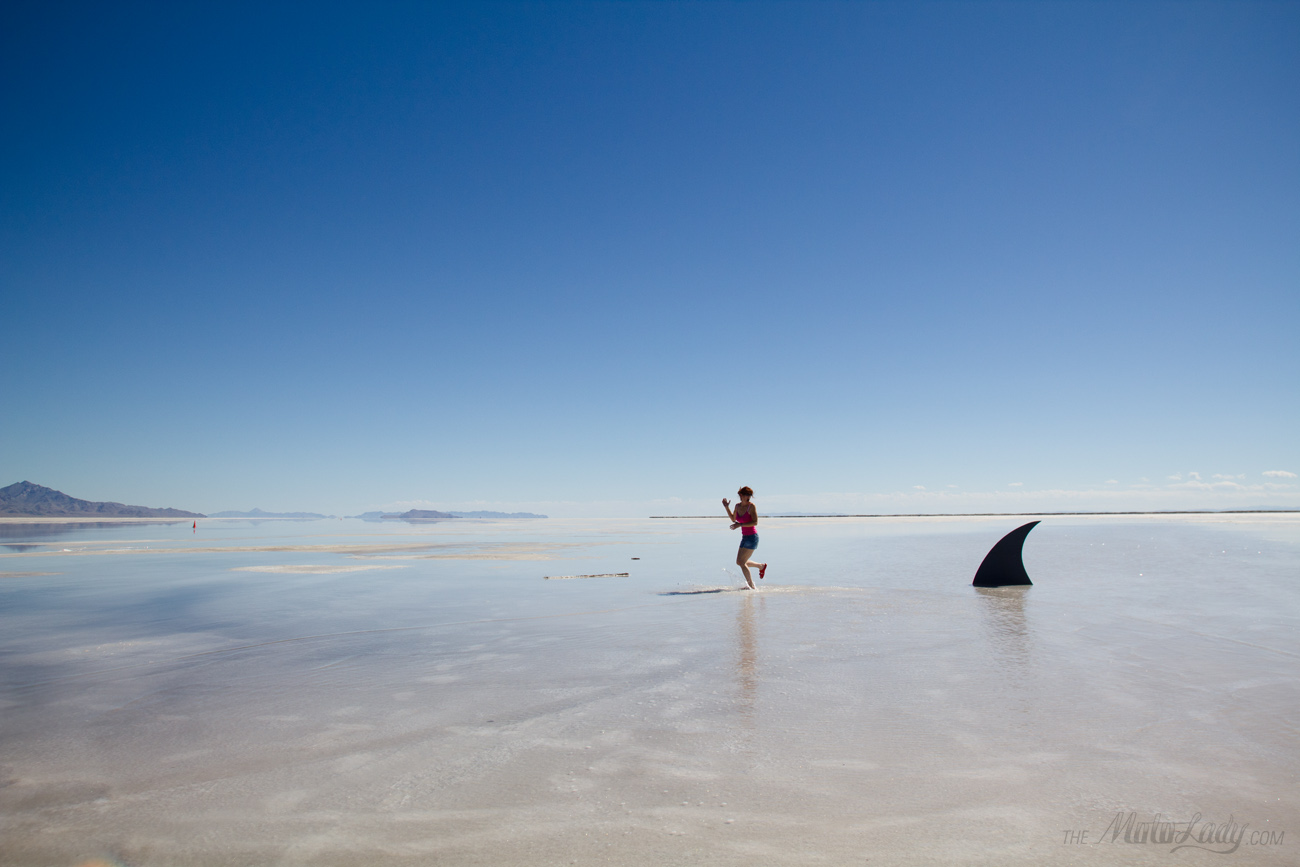 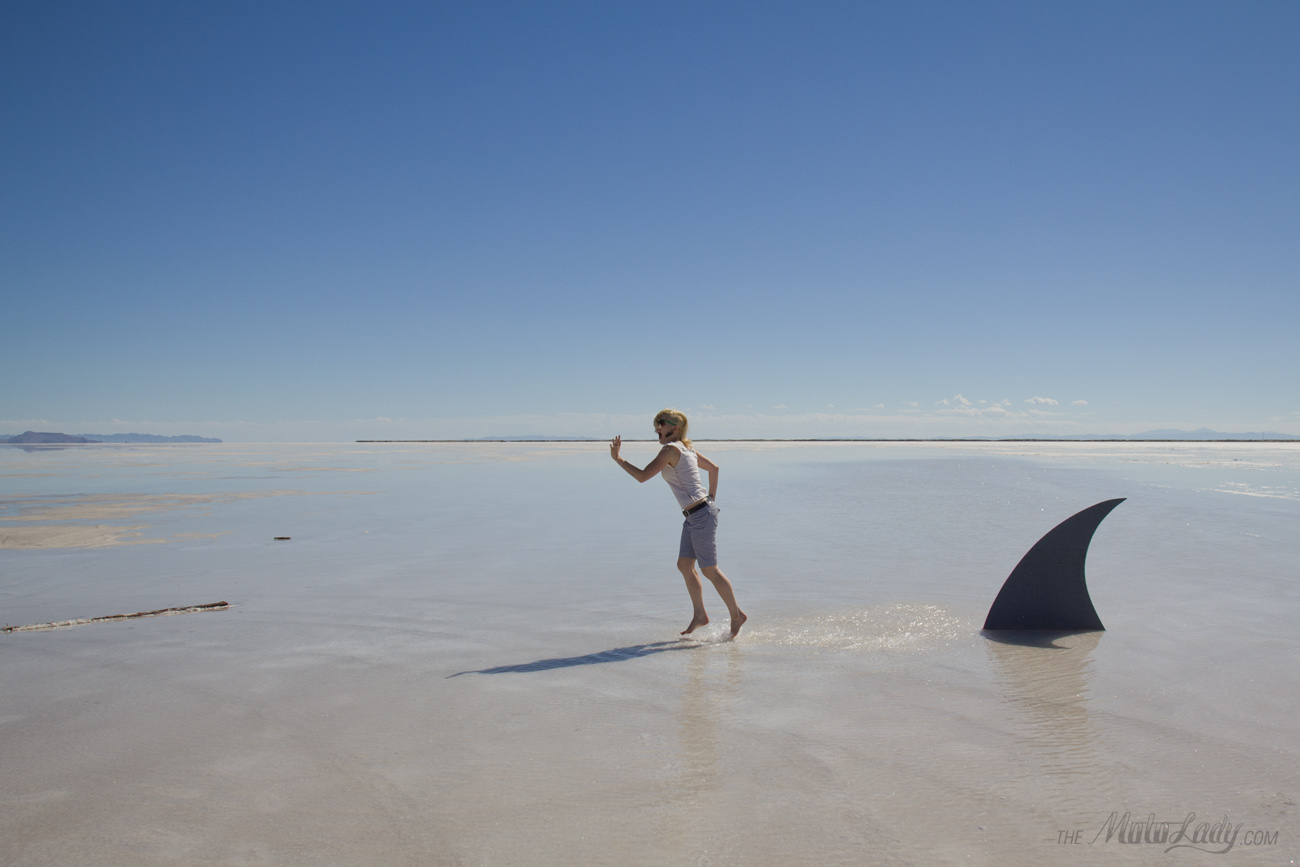 I had to take my turn “running from the shark”.

The super-salt-water was warm and dried out your skin in minutes. My feet were coverred in salt crystals after this. 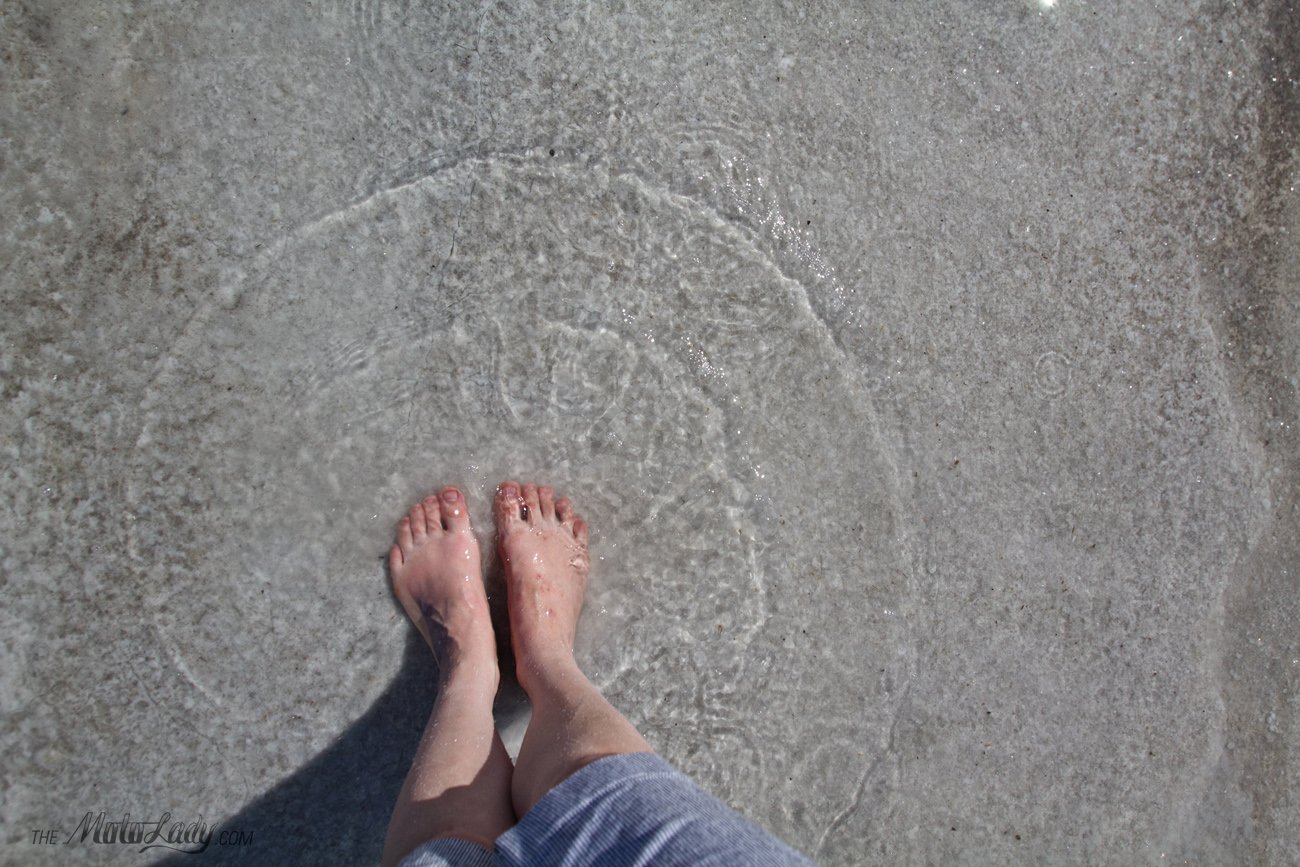 So I hopped back into my lil borrowed lowered red truck (complete with race cow RC51 motorcycle in the back) and headed back to the hotel to hang out with the crew from Sodium Distortion. 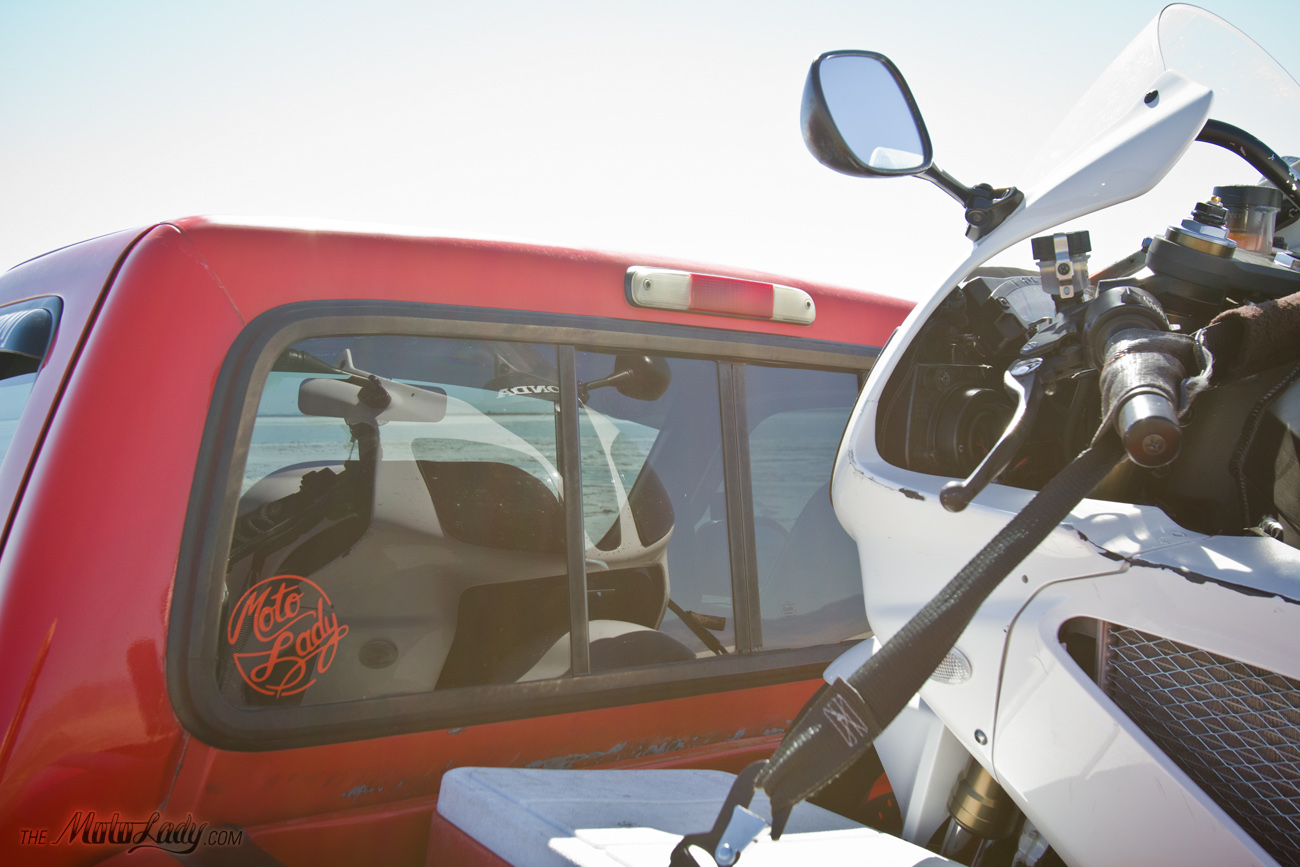 Posted on August 8, 2014 in Blog, Events by Alicia Mariah Elfving