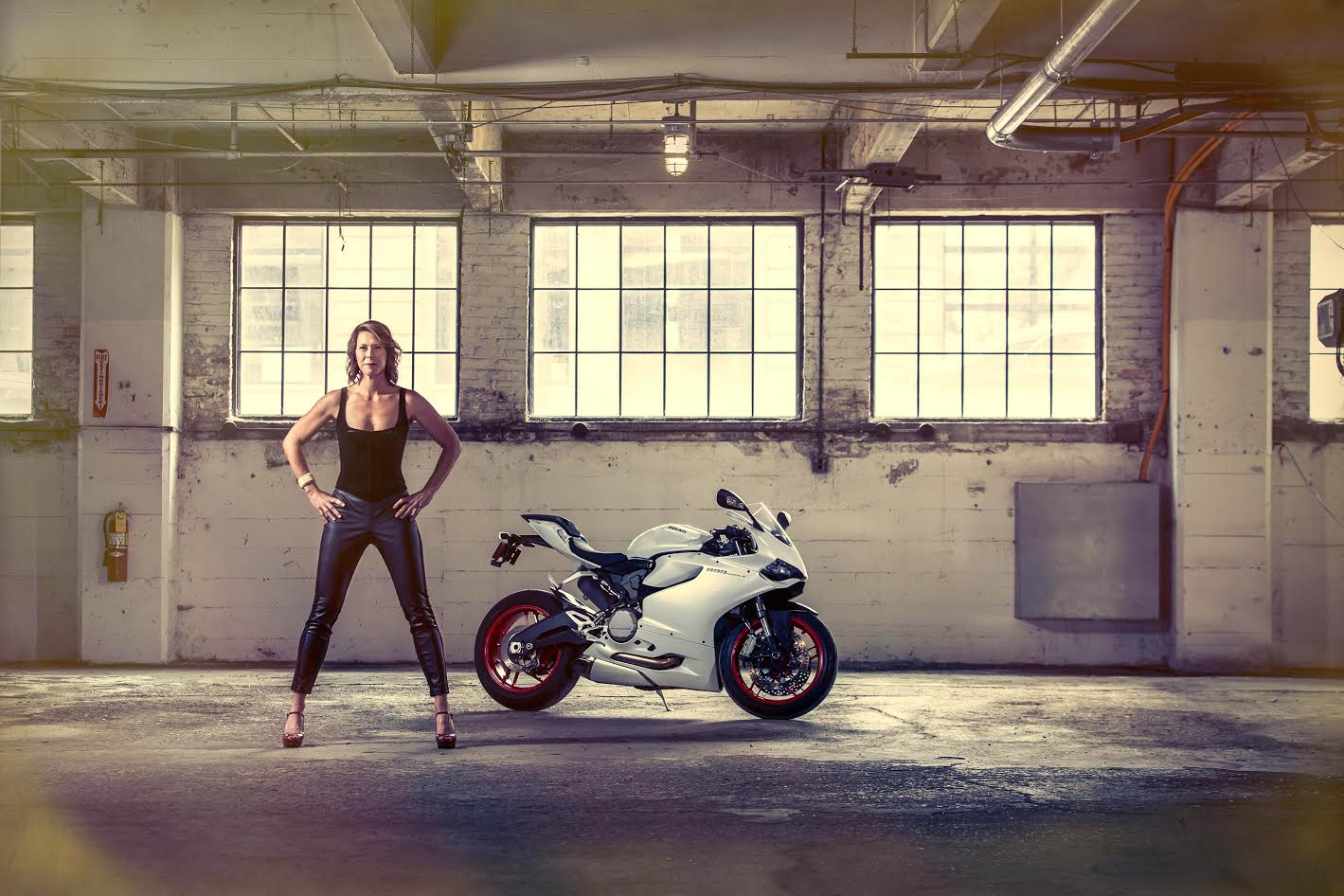 Darci Bandi is a motorcycling woman who found her way into the world of motorcycles after her 40th birthday.

It’s a lovely story, so I’ll let Darci tell it in her own words!

“I am in my sixth season of riding and I can’t think of anything that I enjoy more. The best part is that my dear husband got sick of riding on the back of my bike and decided to get his license and his own bike. We ride together every possible chance we can. We tease about creating a motor bike club called “The Suburban Streetfighters”. I commute every day that I can (though the Wisconsin winters are really long) and put 6,000 on my bike last year.

This last November my husband and I celebrated our five year anniversary. He has everything he could want so I wanted to give him something he would never forget. I borrowed a bike from my local Ducati dealer (Moto Union in Milwaukee) and set up a photo shoot with my dream bike. The Ducati 899 Panigale is art. Whether she is sitting still or going triple digits she is hot. I test drove this bike several times and was in love. But it wasn’t in the cards. So I decided to rock my husband’s world with a photo shoot with a hot bike. He accuses me of being his X-Game supermodel wife so I guess I had to deliver. A friend and co-worker is a very talented photographer and agreed to do the shoot. The results were incredible. He captured exactly how I feel when I ride. Strong, bold, sexy, alive.

The best part of the story is that after that shoot my dear husband told me that I HAD to buy that bike. So Santa brought me a new white 899. I am one happy girl. Will be happier once the snow is gone and I can get out and ride! Thanks for being an inspiration to all the women out there. I love what you are doing!“

Posted on March 13, 2015 in MotoLadies by Alicia Mariah Elfving