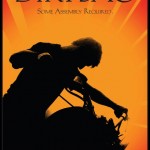 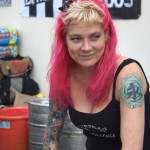 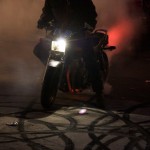 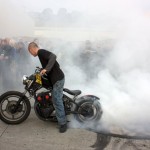 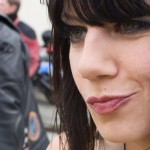 Can you build a chopper in under a month with under a thousand dollars? This is the question presented by the Dirtbag Challenge- an annual motorcycle build-off, ride, and party.

In 2009 a team comprised only of women entered and won one of the contest awards. Paolo Asuncion sent me a note about the Dirtbag Documentary he is currently editing-

The team of women includes the owner of a motorcycle repair shop (the ONLY woman owned shop around these parts, the president of the SF Motorcycle Club (first woman president), a racer, an iron worker….all noteworthy individuals and even more noteworthy as a team.

You can check out the trailer on the Dirtbag Documentary facebook page. Also, keep an eye out for reveal for this year’s build off on the Dirtbag Challenge facebook, which also posts helpful and cheap resources if you want to participate.

Posted on July 27, 2013 in Motorcycles by Alicia Mariah Elfving