Joy and I went on a joyride to the mountains of Santa Barbara for a photoshoot.

So, this is a fun one. My lady friend Joy Lewis and I happen to both have the new Ducati Scramblers at the same time for some test riding. I rode over and met her, the photographer Dylan Gordon, and Holly from the Lady Tramps. 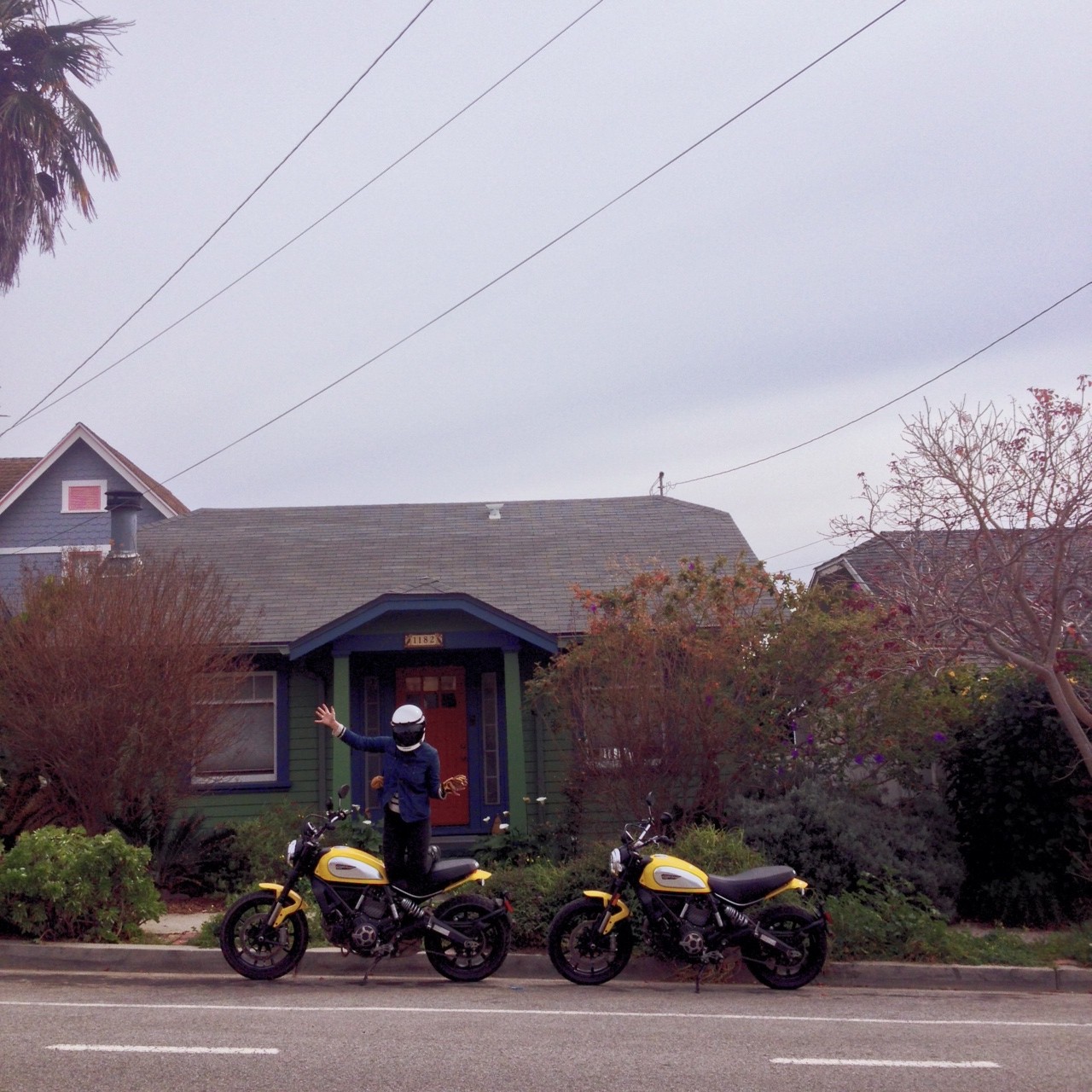 We geared up, hopped on bikes, and headed to get gas- planning to meet the photo car at the Santa Barbara off-ramp. Well, gas up we did, however getting to Santa Barbara was delayed. We were having a little too much fun and got pulled over by CHP. The first time getting pulled over on motorcycles for both of us, actually. 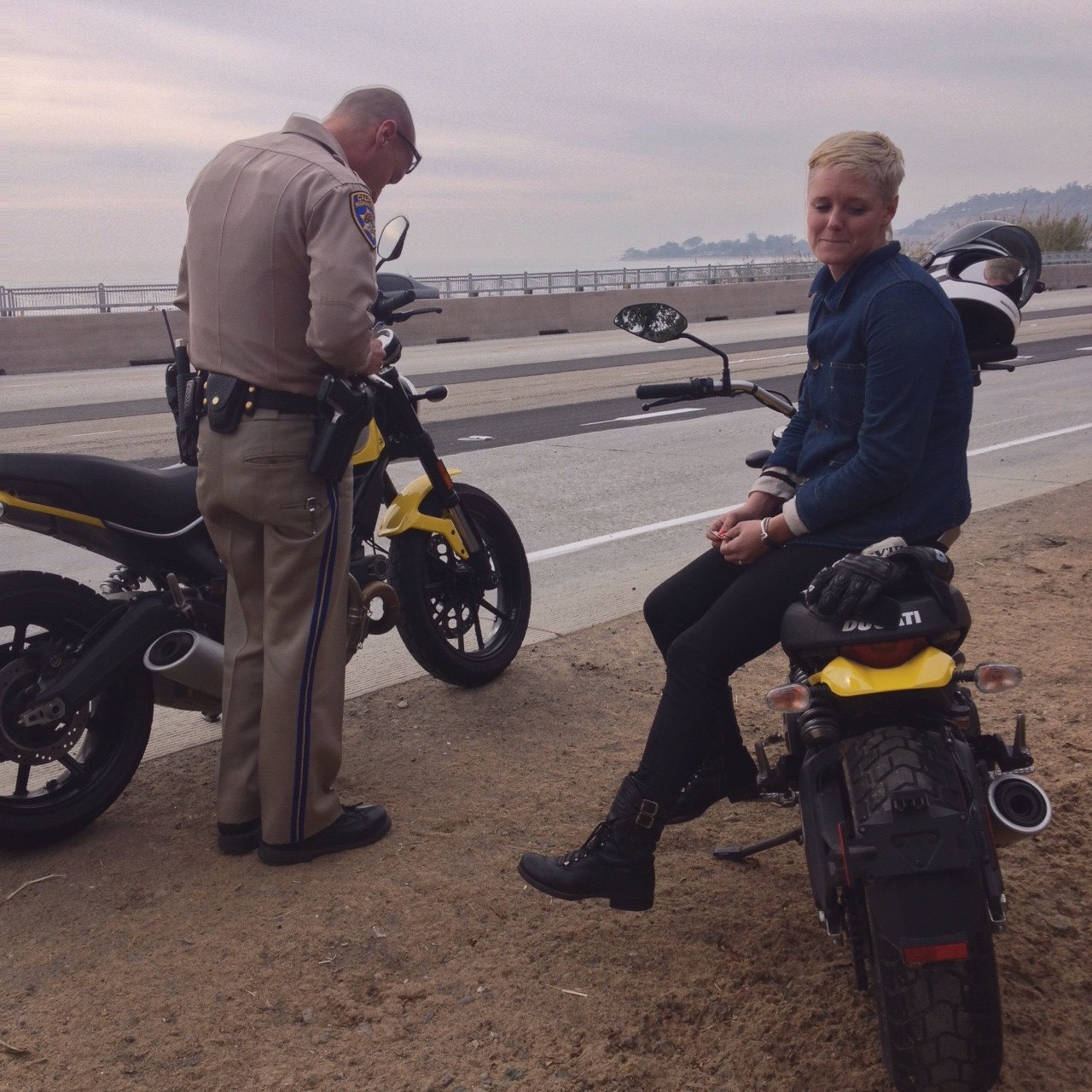 So, there we sat on the side of 101 getting tickets on borrowed 2015 Ducati Scrambler motorcycles. I’ve had my endorsement for ten years now, and I’ve had my own bike(s) for just over five years. I figure that’s a pretty good ratio of time on the road to infractions, so I can’t be too upset. It does still suck, though. The officer told politely to slow down, and that he had seen too many motorcyclist injuries. Joy asked him if he was a rider, and indeed he was.

On our way we went, taking it down a peg or two on the remainder of our journey to SB. On the way up the mountain with Holly driving, Dylan took photos of us on the Scramblers out of the car window. These are behind the scenes shots I took with my good ol’ iphone. 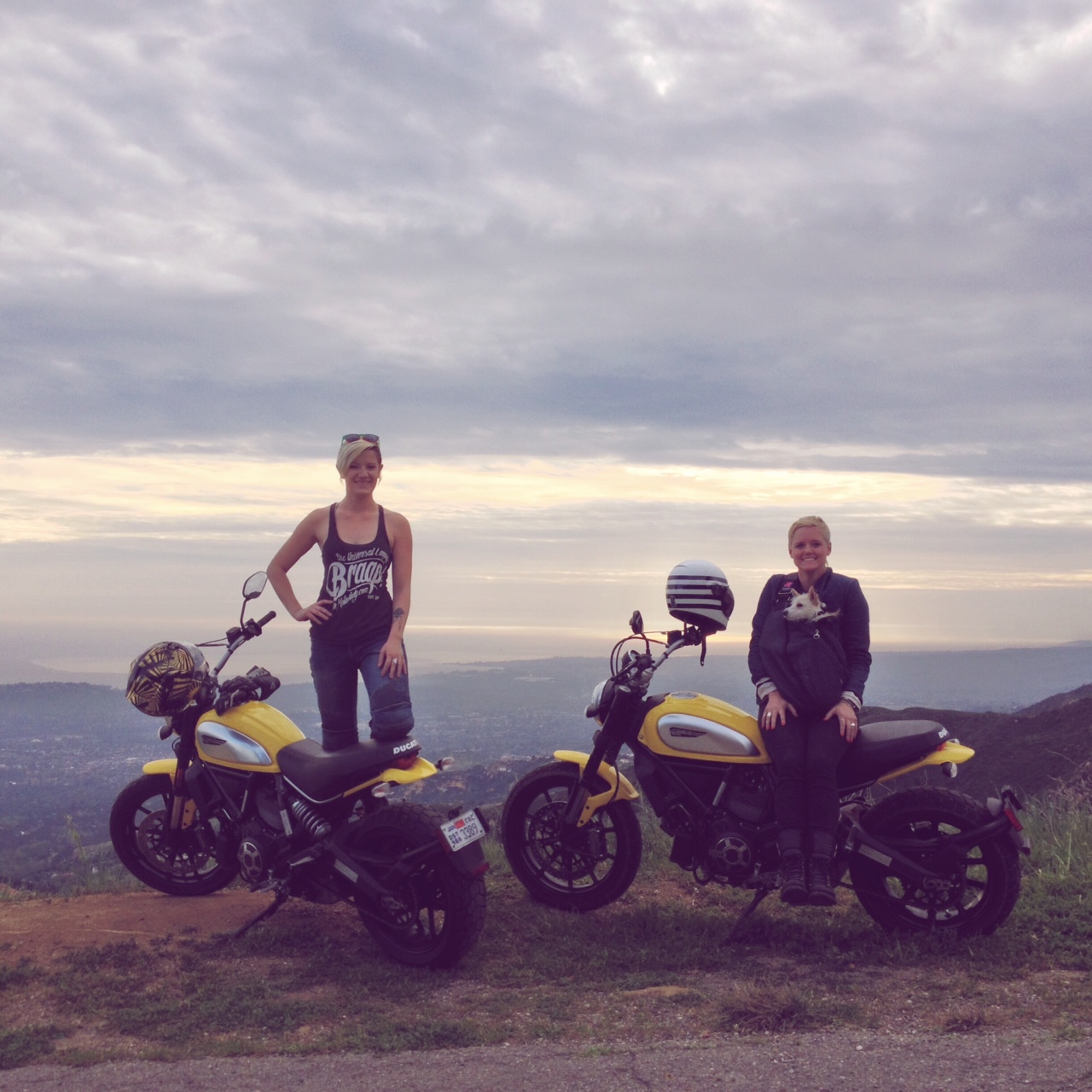 Joy (with her dog Kodiak) and I with the Ducati Scramblers… and an awesome view. 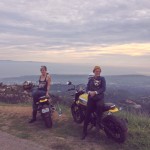 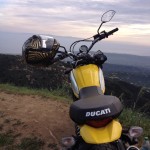 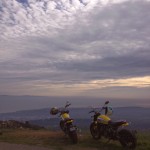 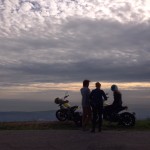 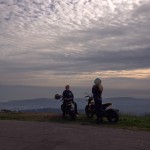 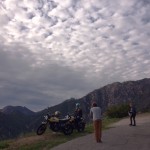 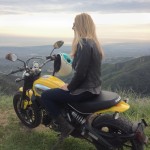 Holly on the Scrambler 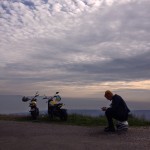 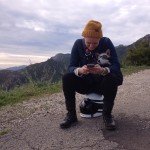 Joy and Kodiak in doggles 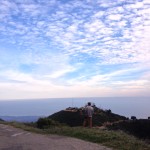 Holly and Joy swapped seats and she took the other Scrambler back down the hill while Dylan took more photos. With awesome views and clouds, plus a talented photographer, I’m really excited to see the final product!

Posted on March 11, 2015 in Blog, MotoLadies by Alicia Mariah Elfving