She’s been racing MiniMoto (and some Supermoto) since she was six. Emi was MiniMoto USA’s Overall Junior Champ for the past two years, continuing on to do very well this year… even traveling as far as Japan! She’s even already been featured in two separate magazines, Road Racing Magazine, and City Bike (a local SF publication). 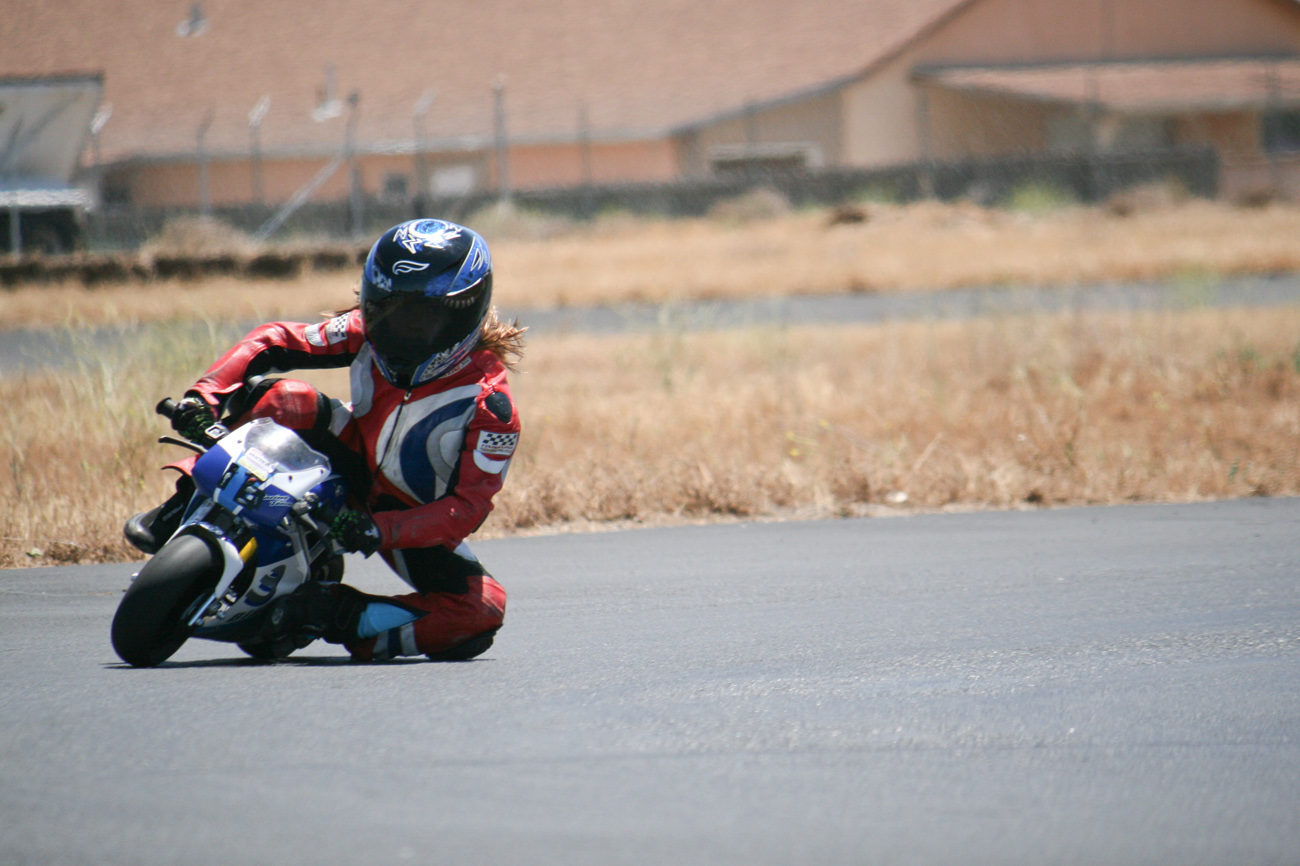 “She has the heart of a racer–pushing herself even further when the deep field of boys start to nip at her heals. She brings intelligence and her unique sense of purpose to racing and motorcycling in general. It’s hard to describe what that is. It’s not bravado; it’s more a maturity beyond her years for perfecting the craft of her sport. Emi is on the cusp of taking racing to the next level. This coming season, I think she’ll become one of the super fast kids, taking a motorcycle to it’s limit–someplace beyond what I as a lifelong rider have been able to do. I look forward to her schooling me in the not to distant future. Anyway, I was inspired by your efforts and wanted to share my daughter’s experience with you. Thank you for the inspiration and know that there is a new crop of ‘cyclists just around the corner!” 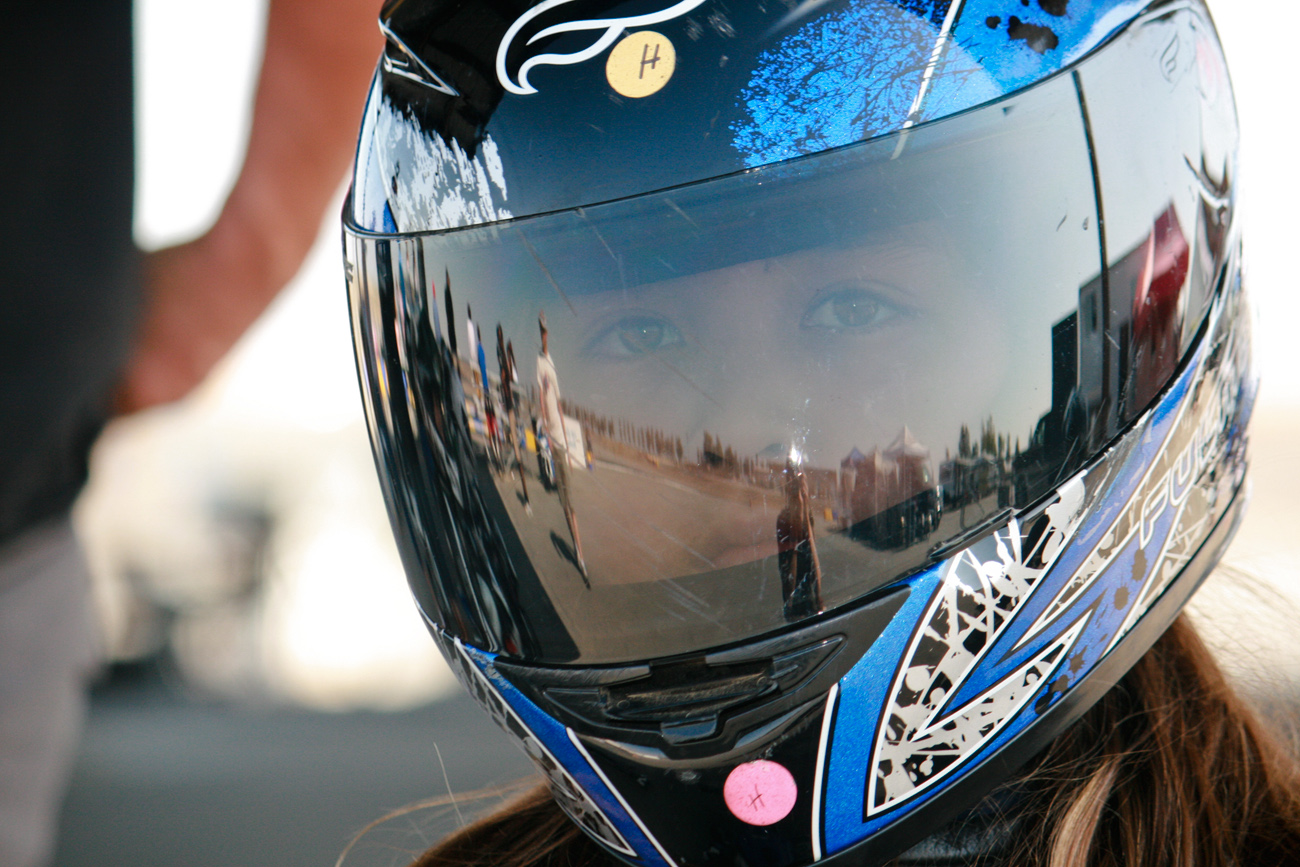 There’s wisdom in them there eyes!

Many of us will never know what it’s like to stand on the podium spraying folks with bubbly- Emi already knows it well. 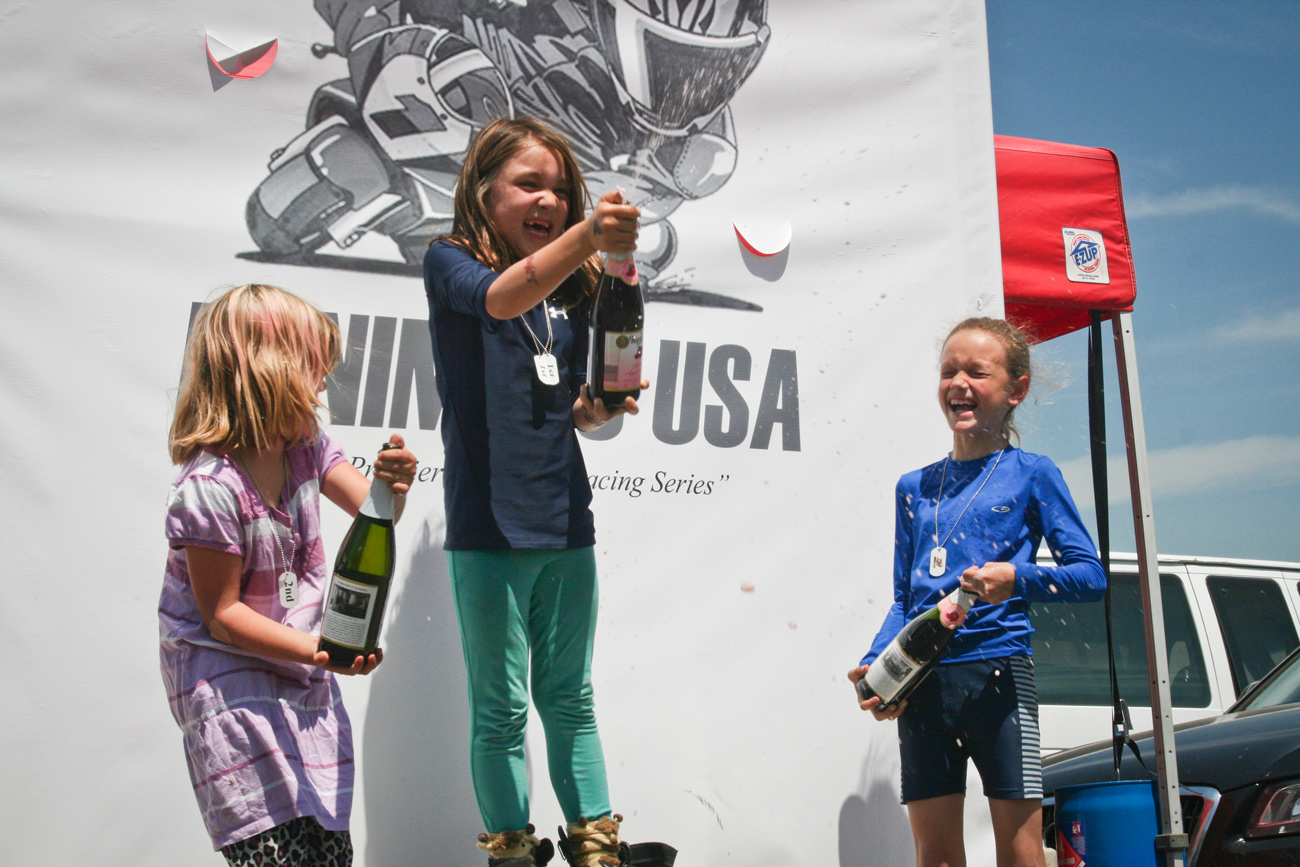 “Emi gets used to reaching the top step regularly in Beginner and Powder Puff classes.” 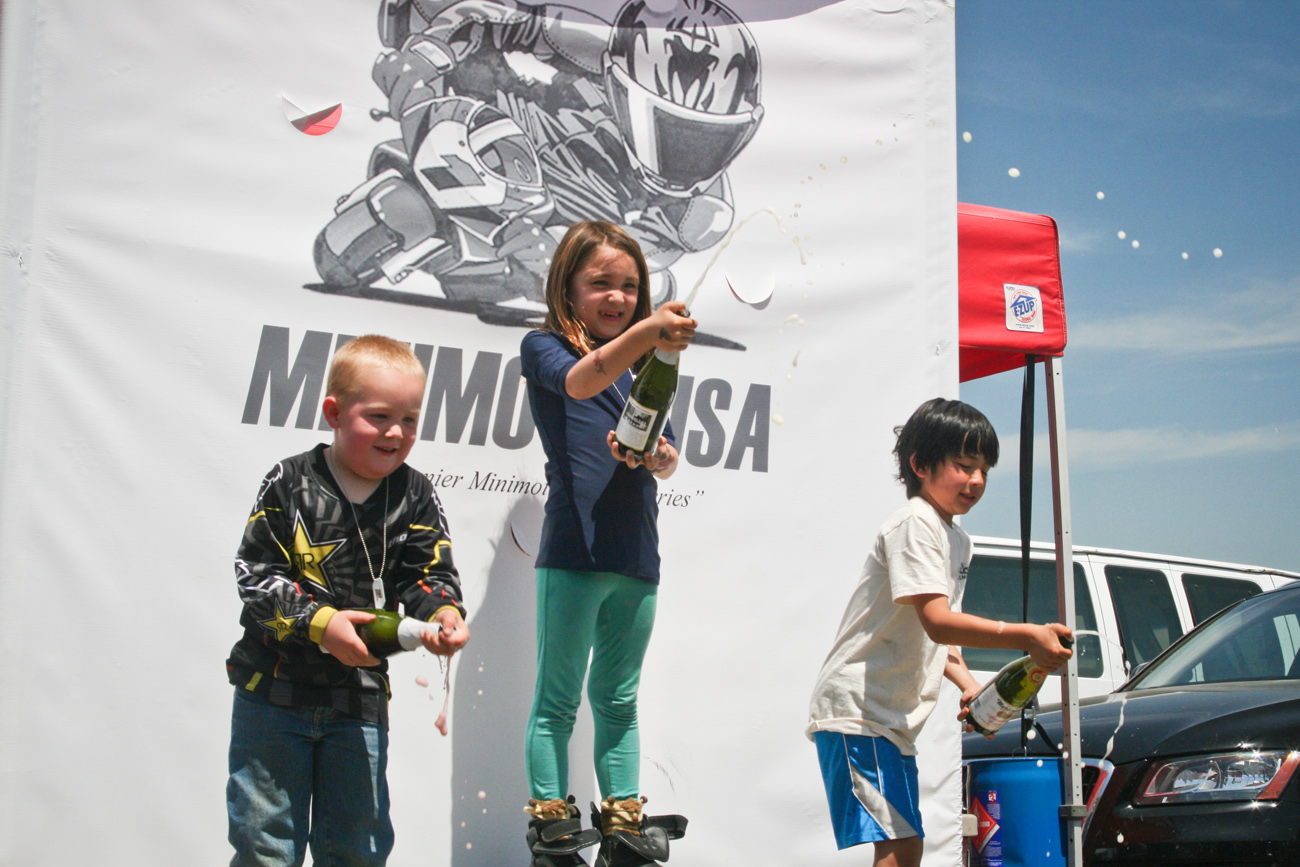 Getting a knee down on the mini supermoto KTM is no problem! 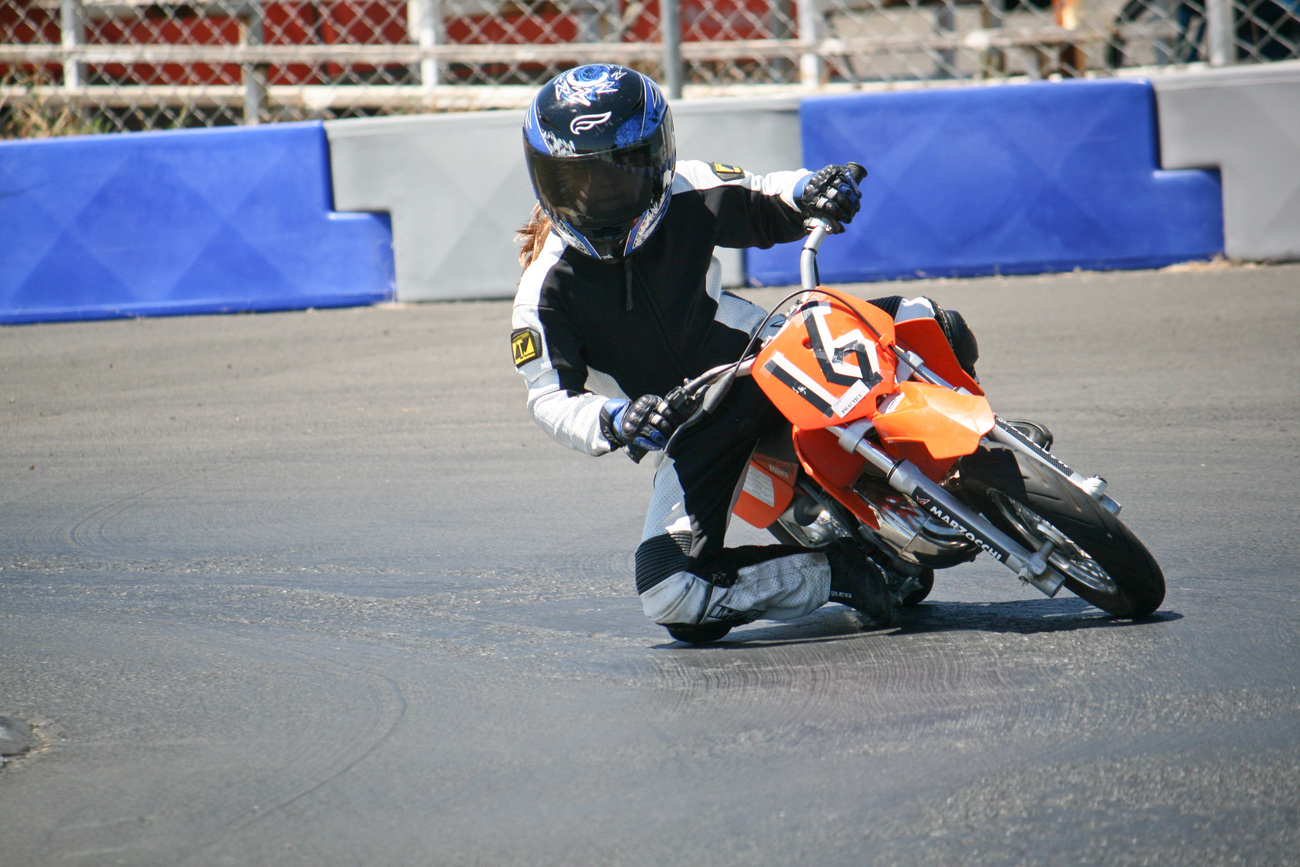 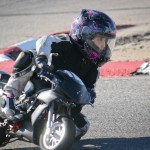 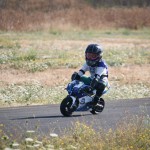 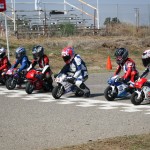 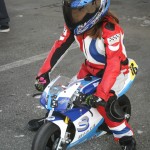 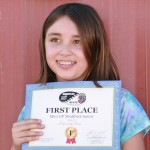 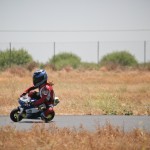 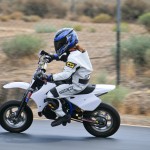 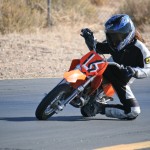 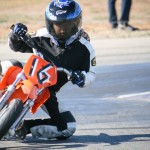 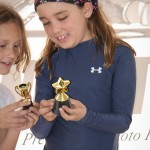 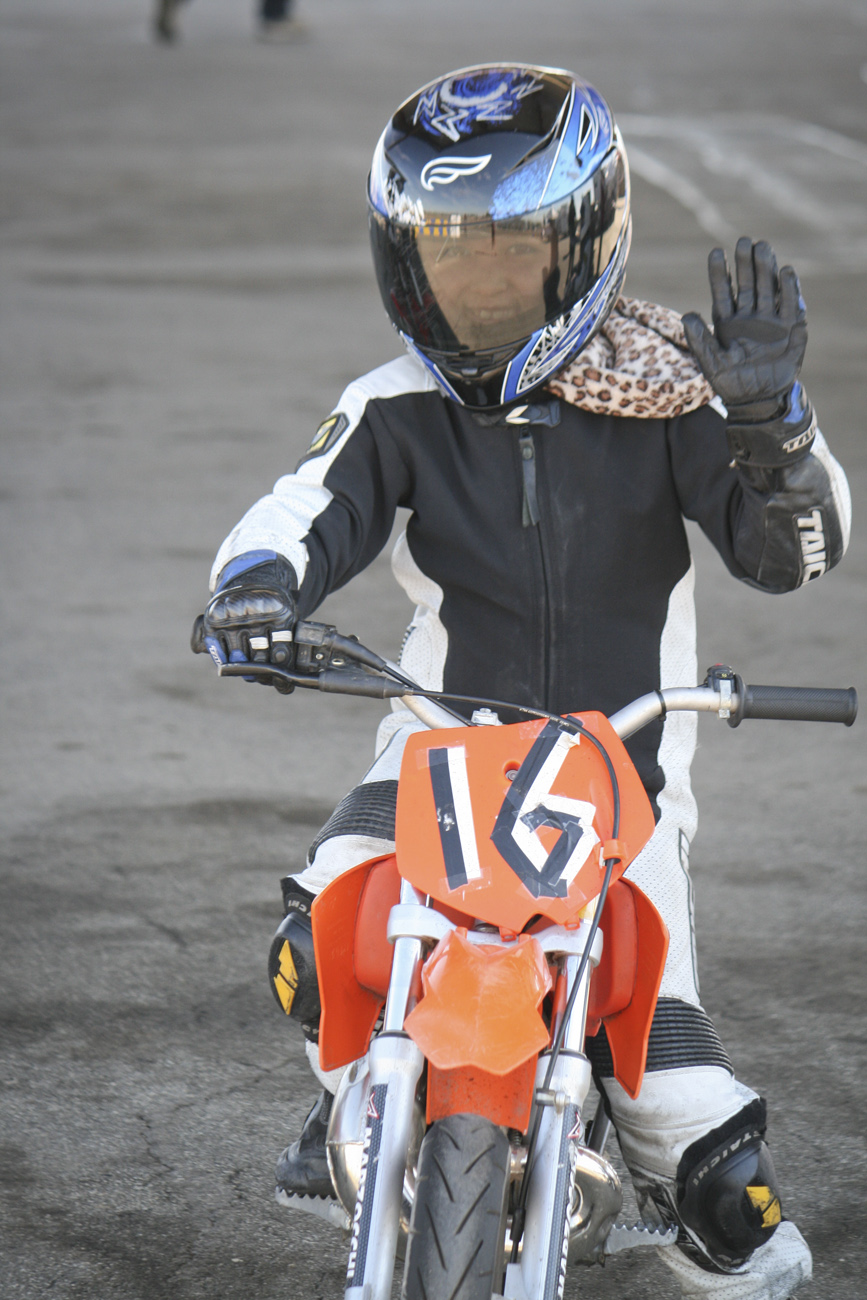 Say hello to one of the coolest lady racers I’ve ever seen, I’m sure we’ll be seeing much more of her in the future!