The MotoLady three anniversary party in January was the first time I met Gevin Fax. She was hanging out with a group of folks I didn’t yet know, but her laugh and her smile carried on through the whole area. She owns a biggol’ purple Harley Davidson Road King, hence why I gave her the title “Road Queen”. 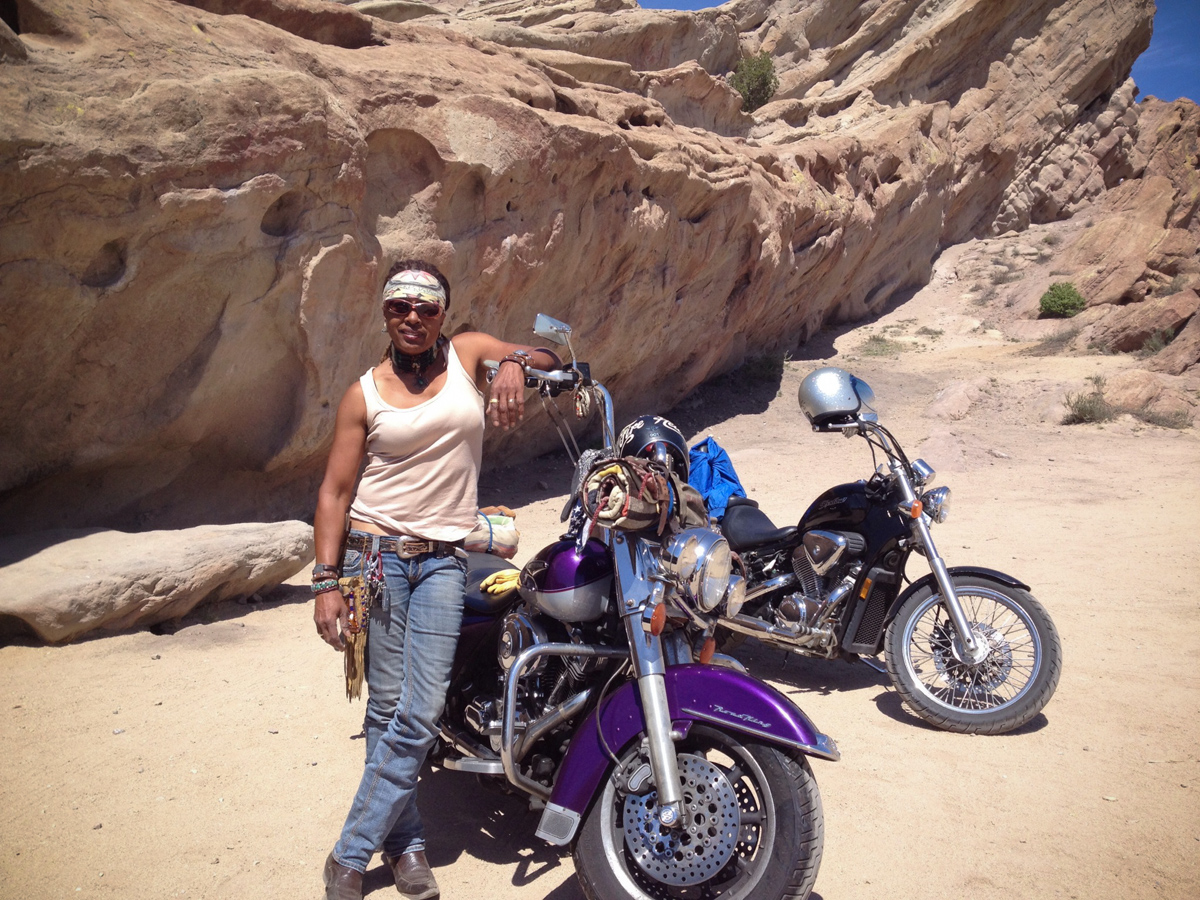 Every time I see her update any of her social media stuff she is on yet another cool, long ride… miles upon miles of open road. 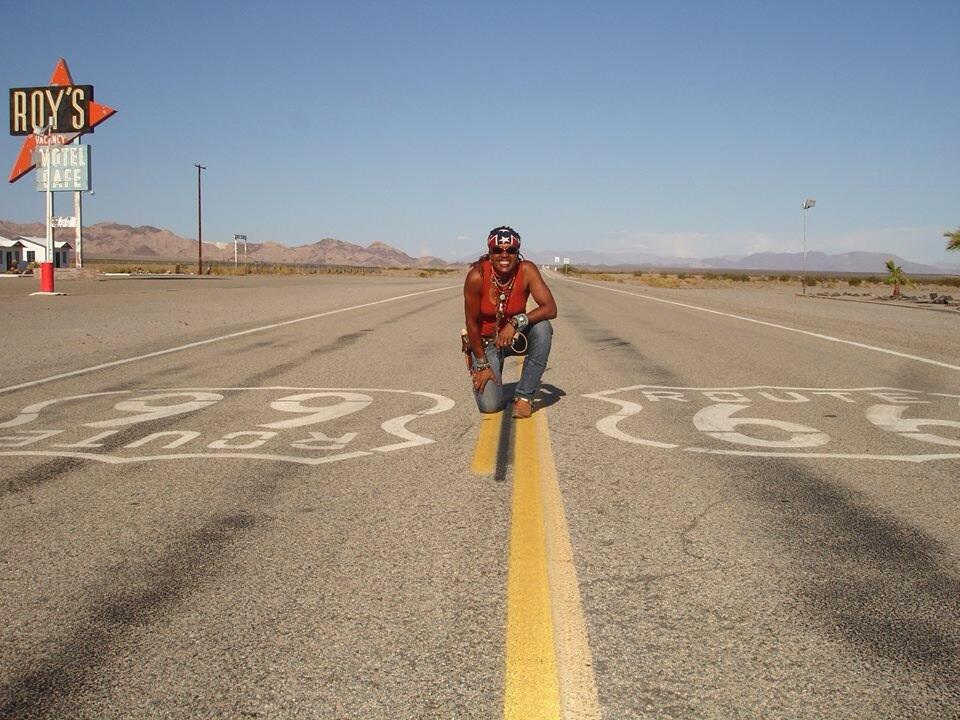 Gevin has been riding since she was 10 years old, for a total of 47 years! She also wrenches on her own ride, something you pretty much have to pick up when you ride that much (or for that long). 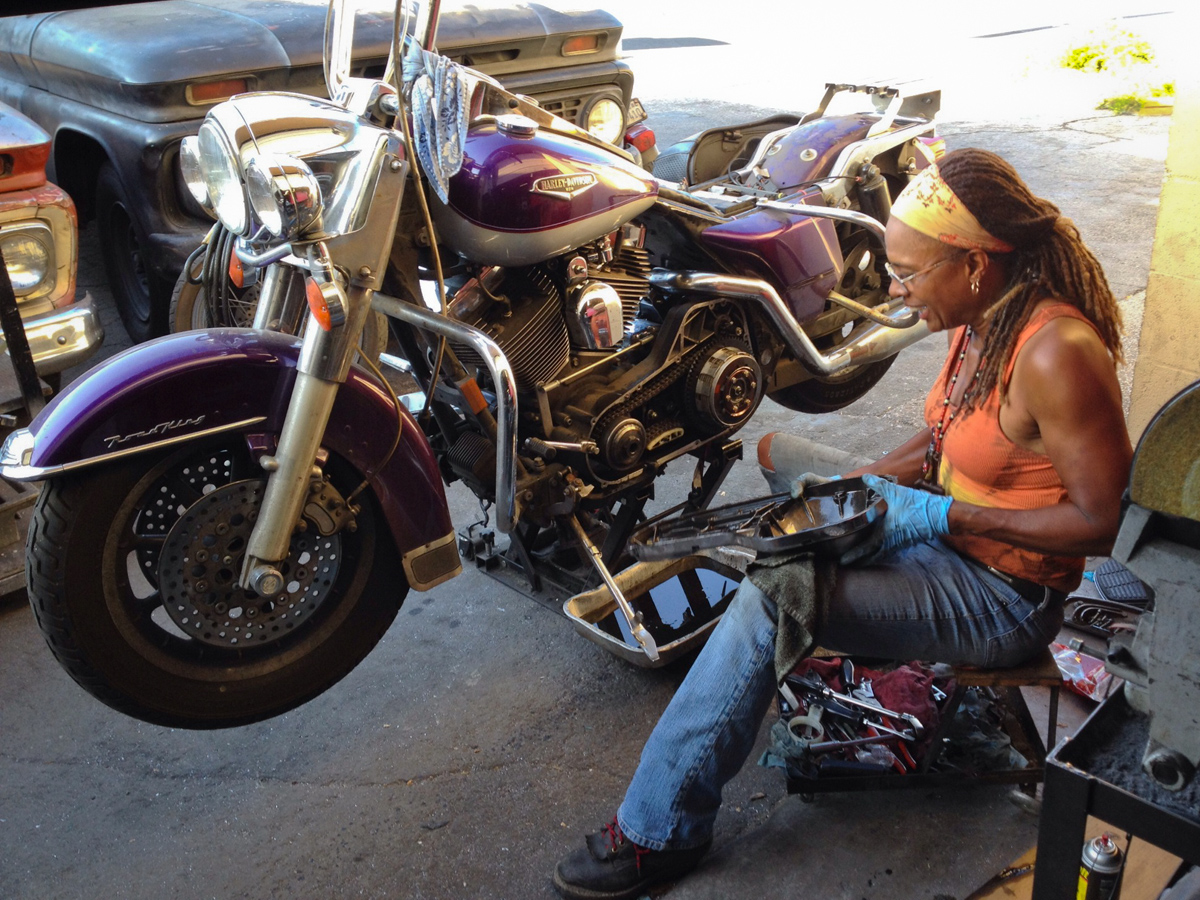 Besides that, she’s been singing and playing Guitar since age 13, has appeared in countless music videos, TV series, films and more. A Native Californian, she’s been featured in the LA Times, People Magazine, and has appeared in Rolling Stone. Her portfolio of radness goes on and on. 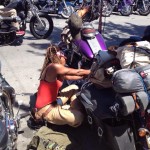 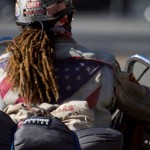 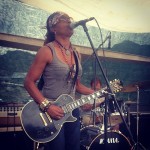 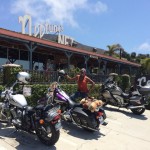 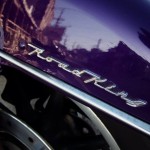 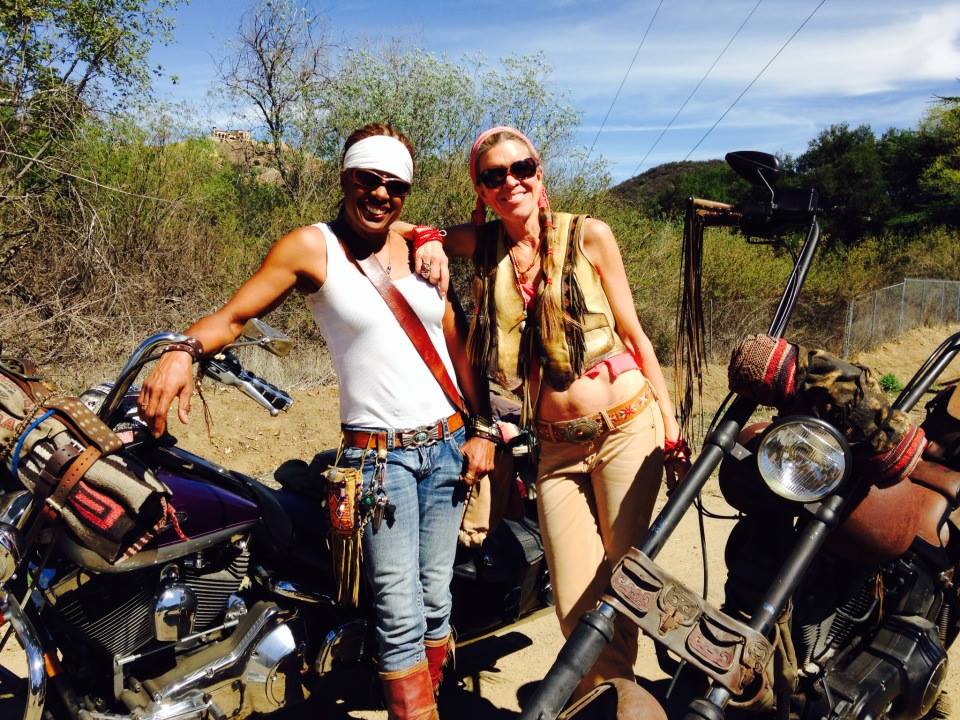 She is a professional SAG stuntwoman with a pretty rad list of skills including but not limited to: Knife, Spear and Tomahawk Throwing, Butterfly Blades, Horseback Riding, and Motorcycle and Auto Precision Driving. 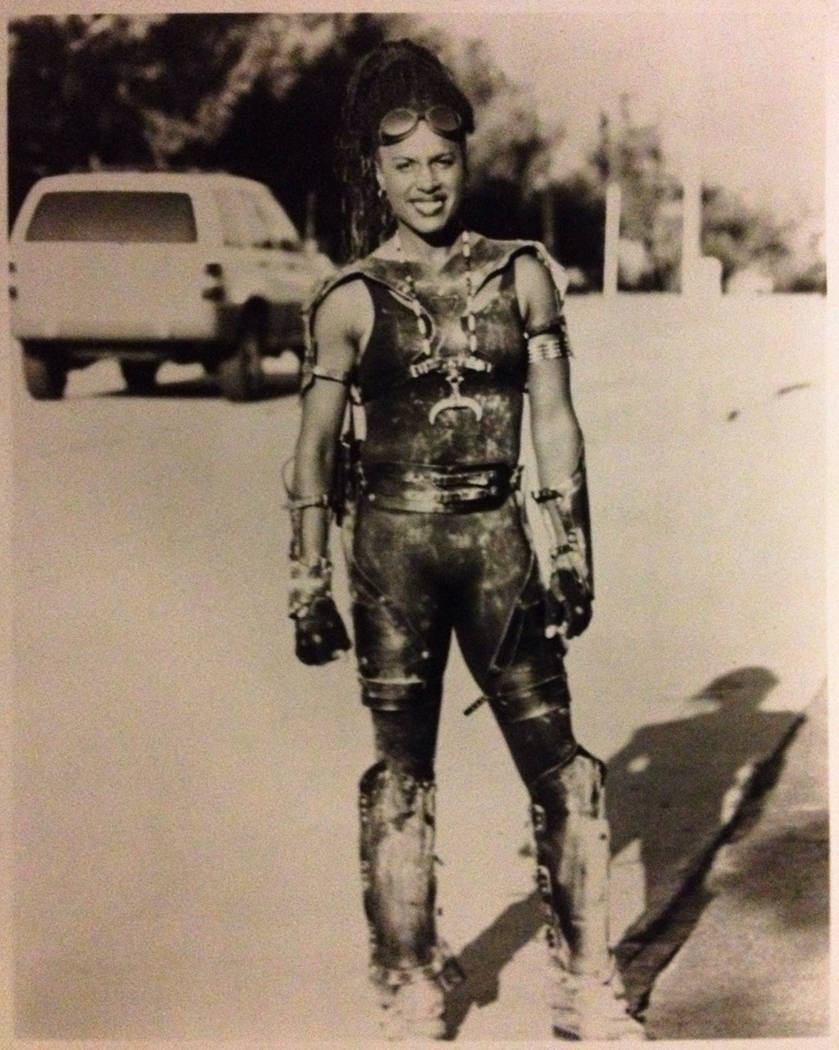 You can watch her promo reel here, where she talks about why she rides the purple Road King.