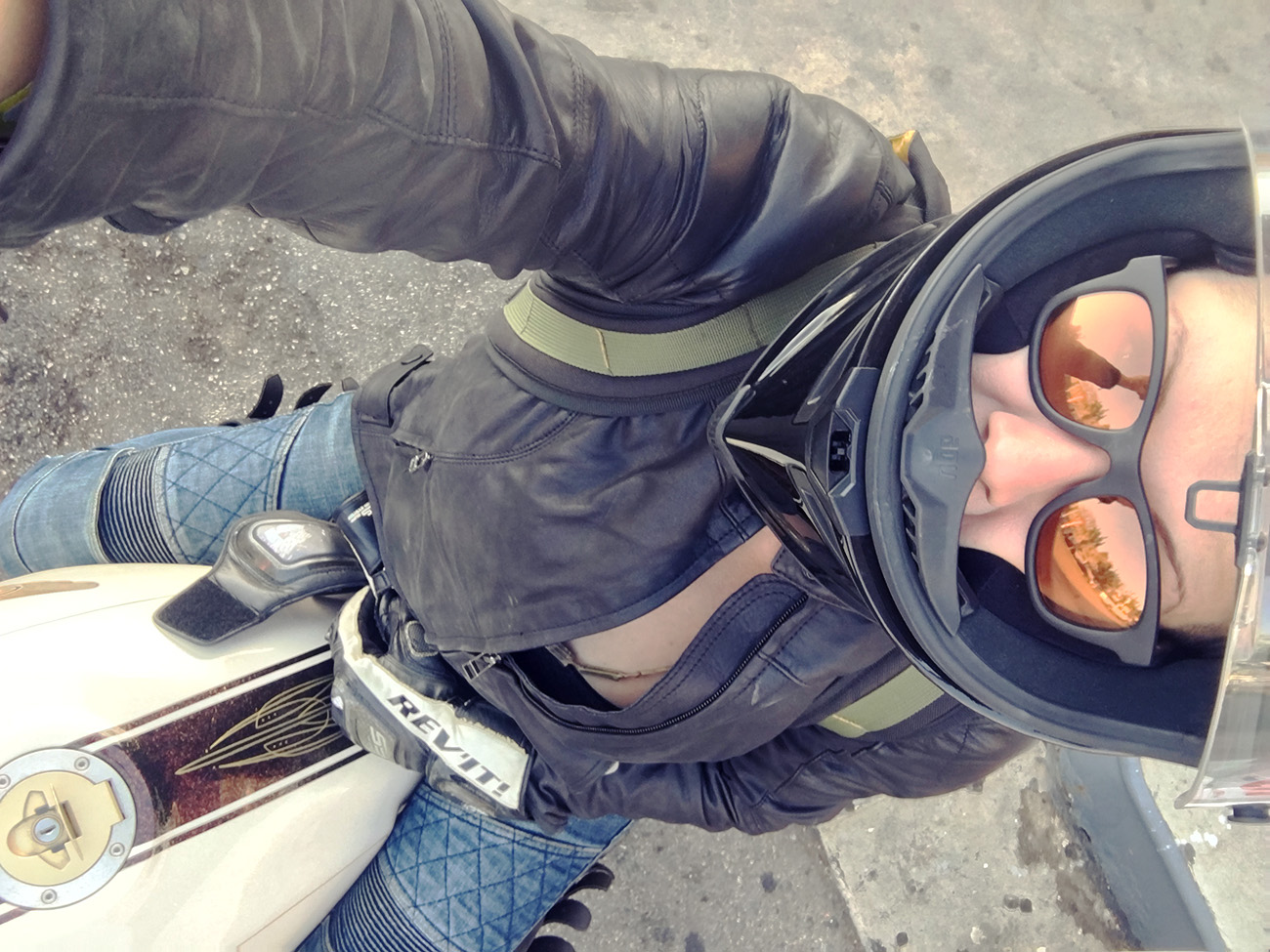 It’s been one year since that day– as time froze the moment I knew I was going down, that was the day I thought was about to die. The day the front end violently smacked left and then right just once before slamming me to the ground on my right side at about 55 mph. The day I listened to my beautiful self-built custom Ducati Monster scraping on pavement for some 75-100 feet—along with my body.

That was the day I got the fear.

Reminds me of the amazingly poignant yet terribly translated riding tips said to be from Honda’s 1962 safety manual, “Go soothingly on the grease mud, as there lurks the skid demon.” While the grease mud isn’t what got me, I do feel like “skid demon” is an accurate, albeit accidental, description of the anxiety that flies around in your head like a gnat around softening fruit.

It’s also the day I accepted myself.

Now, that may sound strange, I know. The part one has to understand is that the moment I mentioned earlier, when I knew the bike and I were going to hit the ground, it lasted for what seemed like a whole minute. A long minute sitting on the back of a snail as it slimes it’s way up a rock wall. The parsing of my thoughts was done in the most effective of ways, wading through the quick succession of memories and accomplishments that seemed trite in the past.

The same moment the bike and I were flung into the ground, I accepted that if I meet my fate at least I went out doing what I loved. At least I had a good time. At least I did my best. Really, that’s all we can do in life. “Have fun, don’t be a dick” as they say.

As I rolled, slid, rolled, and slid some more across hot asphalt… the view from inside my helmet strobed with darkness and bright blue skies. As I realized I didn’t die, I thought to myself, “When will I stop sliding?” And on cue, my body stopped flopping about. It was at this exact moment that my entire body, without direction from my conscious, popped up off the ground and frantically starting waving to avoid being run over by oncoming traffic.

The next few minutes were a hot, loud, whirlwind of adrenaline-fed laughing and wet eyes. They weren’t tears from a sad realization that I crashed my most precious posession, but rather, relief and realization that I lived (and I really didn’t expect to).

I spent the following few weeks hobbling and/or laying about, my mind stuck in a spin cycle repeating the memories of the crash and trying to make sense of it. Out of all the other close calls I’d had… that’s the one that got me. This piece of metal mysteriously wedged in the spokes of my front wheel, scraping and gouging my wheel and rotors as it careened around in circles just long enough to slow me down rather than launch me over the bars. They say “never ride faster than your guardian angel can fly”. While I’ll leave my personal views on spirituality and the afterlife out of this, one does have to appreciate the statistical impossibility (read “miracle”) of the entire situation.

Wading through a mental fog, presumably from the mild concussion, I found myself feeling relieved, amazed, and determined to go spank that corner that stole my confidence. Three weeks later I was back in the saddle, this time on a Harley Davidson Dyna Lowrider with a riding position that was completely foreign to me. The same familiar rush of anxiety and excitement I get from riding any new motorcycle hit me as always, but at a rate similar to that at which I hit the pavement just 21 days before.

I paced back and forth next to the Dyna, looking over it’s weird [to me] stance as the waves of apprehension and determination ebbed and flowed as fast as my heart was beating. The stubborn resistance of my dignity rose up, and I threw a leg over the bike and took off. Later in the day, as I approached the same freeway interchange that knocked some doubt into me, I hunkered down, cracked the throttle, and hit it much faster than I had been when I crashed. When I came out of the turn in one piece, a sense of relief washed over me, and I felt like I was back to normal.

It wasn’t until a while later that I felt the effects of the crash in full effect. While every time I feel that fear, I forcefully banish it and power on, it still creeps out of the depths of me… trying to throw a chunk of metal into the proverbial spokes of my self confidence.

Trying to go back to the way I felt before isn’t possible, but I wouldn’t want it to be. If you could go back in time, and never have your first broken heart, would you do it? What if it meant never having your first love? Much like that, the lesson I learn here, is that it is better to have loved and lost. It is better to have had such a pure and fearless passion for a feeling than to have never felt it at all.

The best part is that it’s not gone completely, it’s just tempered with a big dose of reality. It’s paused, if even only for a millisecond, by a greater understanding of the ramifications of my riding style. It’s reinforced by the fact that every time that fear rises up, and I conquer it again, I feel better than I ever could have before. It feeds my insatiable urge to improve my riding, because as I get better I feel even more satisfied.

After all, there are no rainbows without rain. 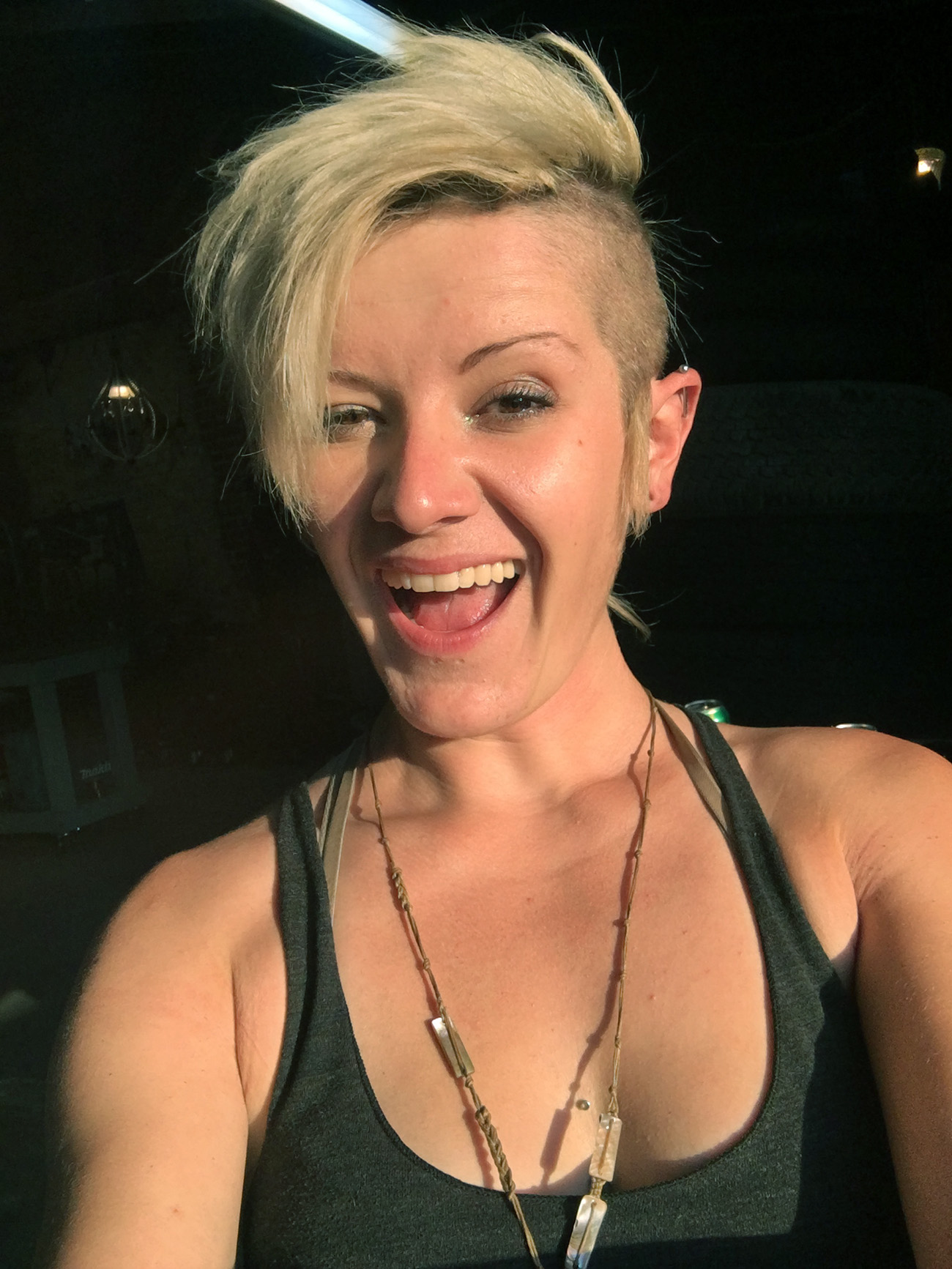 Blissed out face fresh out of my helmet after maiden voyage

And yes, Pandora is officially back on the road. Below is a current view of her- repaired exhaust, replaced clutch cover, new tires, leather grips I whipped up in ten minutes, etc. 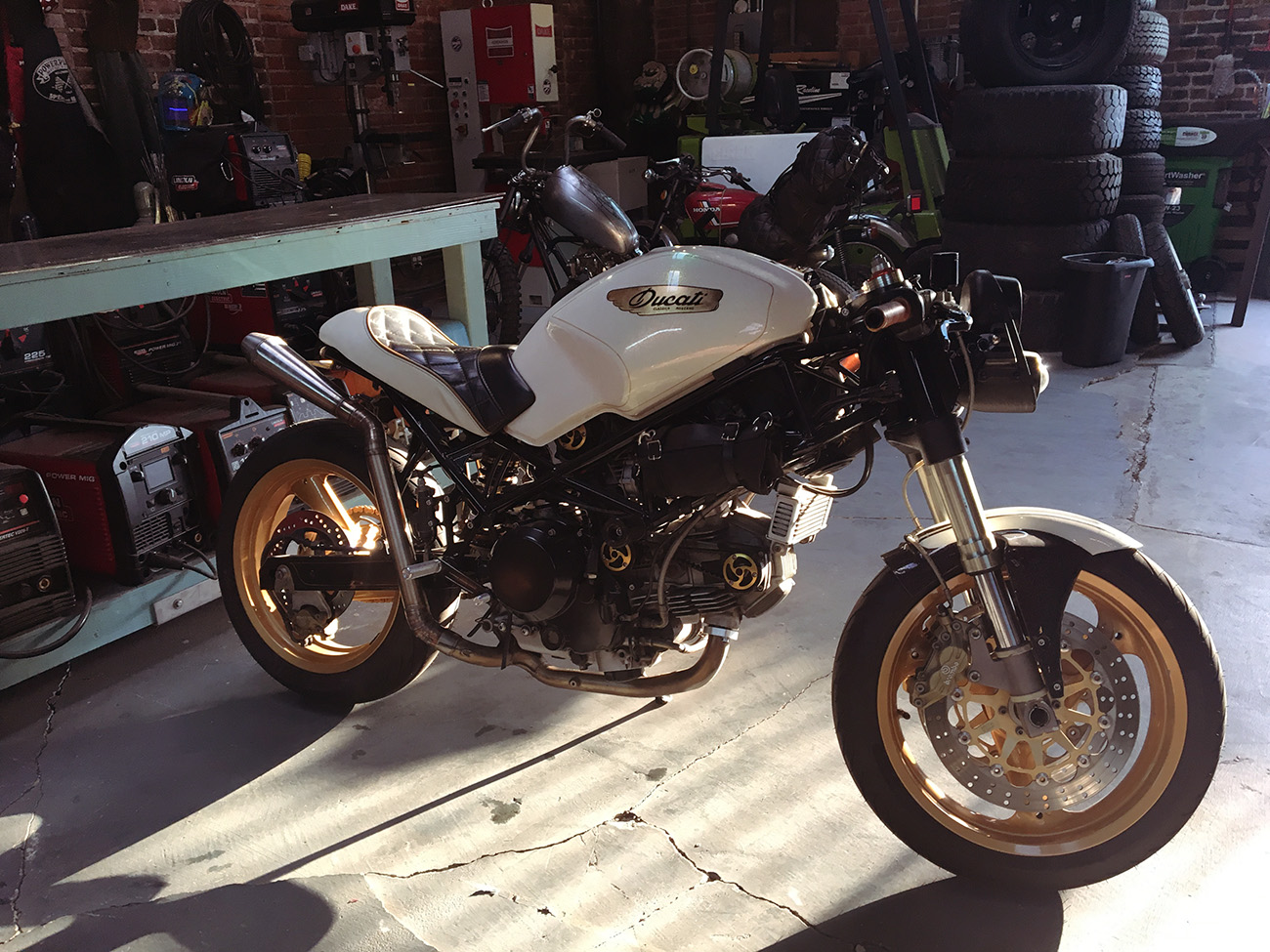 Pandora parked at the shop after returning from maiden resurrection voyage

Don’t know the crash story? No worries, check out the “Crashing My Motorcycle & the Value of Gear” article.

All words and photos copyright themotolady.com 2016, for usage inquiries use the contact page.

10 Comments for “Hitting the Motorcycle Crash One Year Mark”