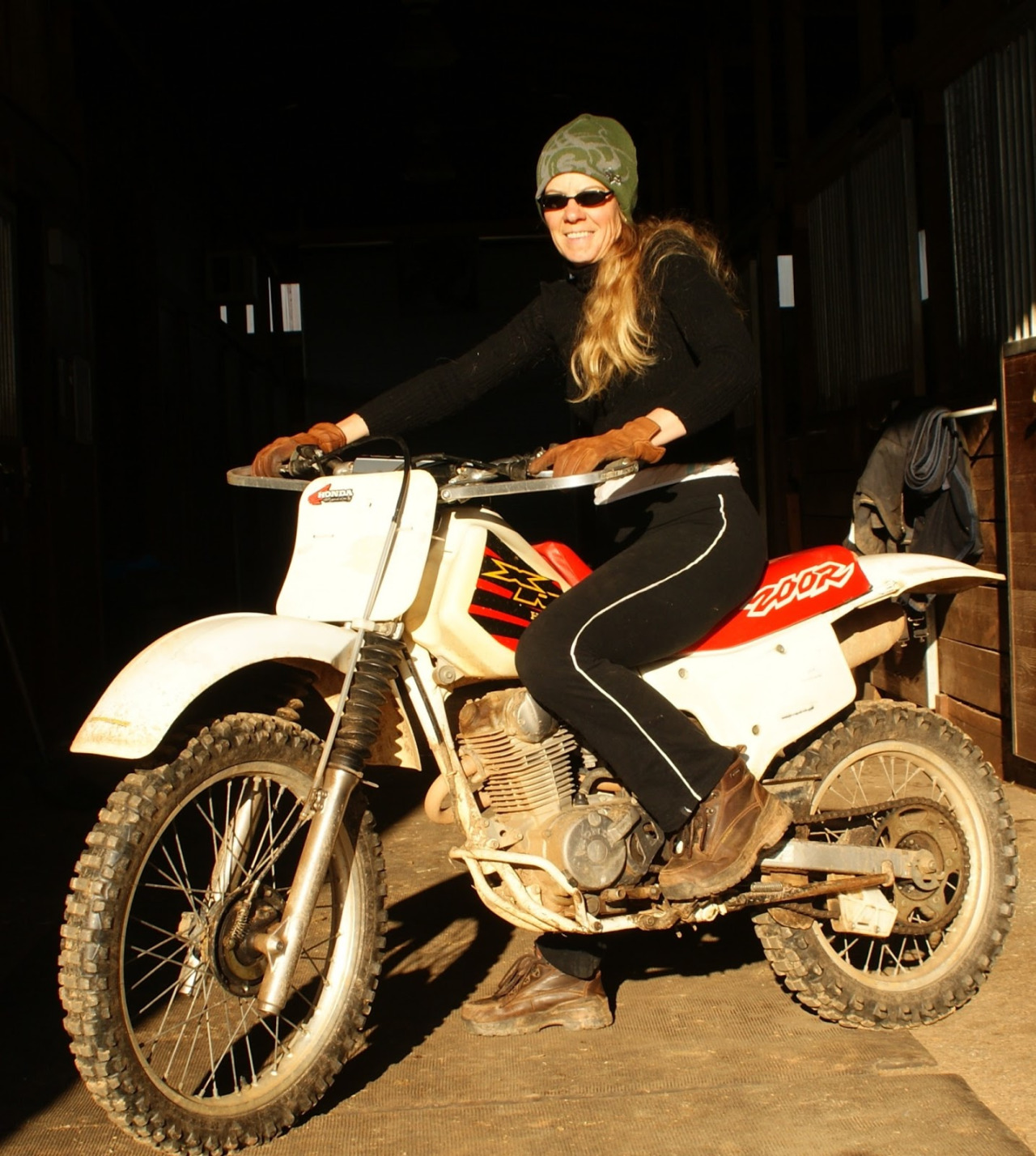 Edi Arangies with her Honda XR200 dirtbike- her first motorcycle!

After finally picking up her first motorcycle, she started a pretty cool blog called the MX4NAM Motorcycle Diaries where she writes about her Namibian offroading adventures. What?! Namibia!?

She told me, “I cannot describe or explain to you just how passionate I am about motorcycles!” …which pretty much says it all if you ask me!

“The Honda XR series is a range of four-stroke, off-road motorcycles that were designed in Japan but assembled all over the world.

Some of the XR series came in two versions, “CR”, R and L. The R version bikes were not always street legal, but were designed for off-road riding, with knobby off-road tires fitted. The L version models were dual sport bikes, fitted with the lights, indicators, horn, mirrors and tyres needed for public roads though some R version models had these too.

The XR series comprised up to 10 models, but now, in 2015, only the dual-sport XR 650L remains. The other XR models were superseded by the CRF series. TheHonda XR650L is one of the longest running unchanged production models in the history of motorcycling and is still available today exactly as the 1992 model specifications.

A development of the XL185 trail bike, the XR200 was produced from 1980 until 2002. Like the XL185, the XR200 had twin rear shock absorbers and an ohc 2-valve air-cooled engine with kick-start only. Although the XR200’s power output was modest, the bike was much smaller and lighter than the XR250, and it suited less experienced riders. Due to its lightness and ground clearance it made an excellent backwoods bike. Drum brakes were fitted front and rear. Having neither battery nor electric start, the driving lights shone only when the engine was running. Some years had no headlights.” (wiki)

Posted on May 13, 2014 in MotoLadies by Alicia Mariah Elfving