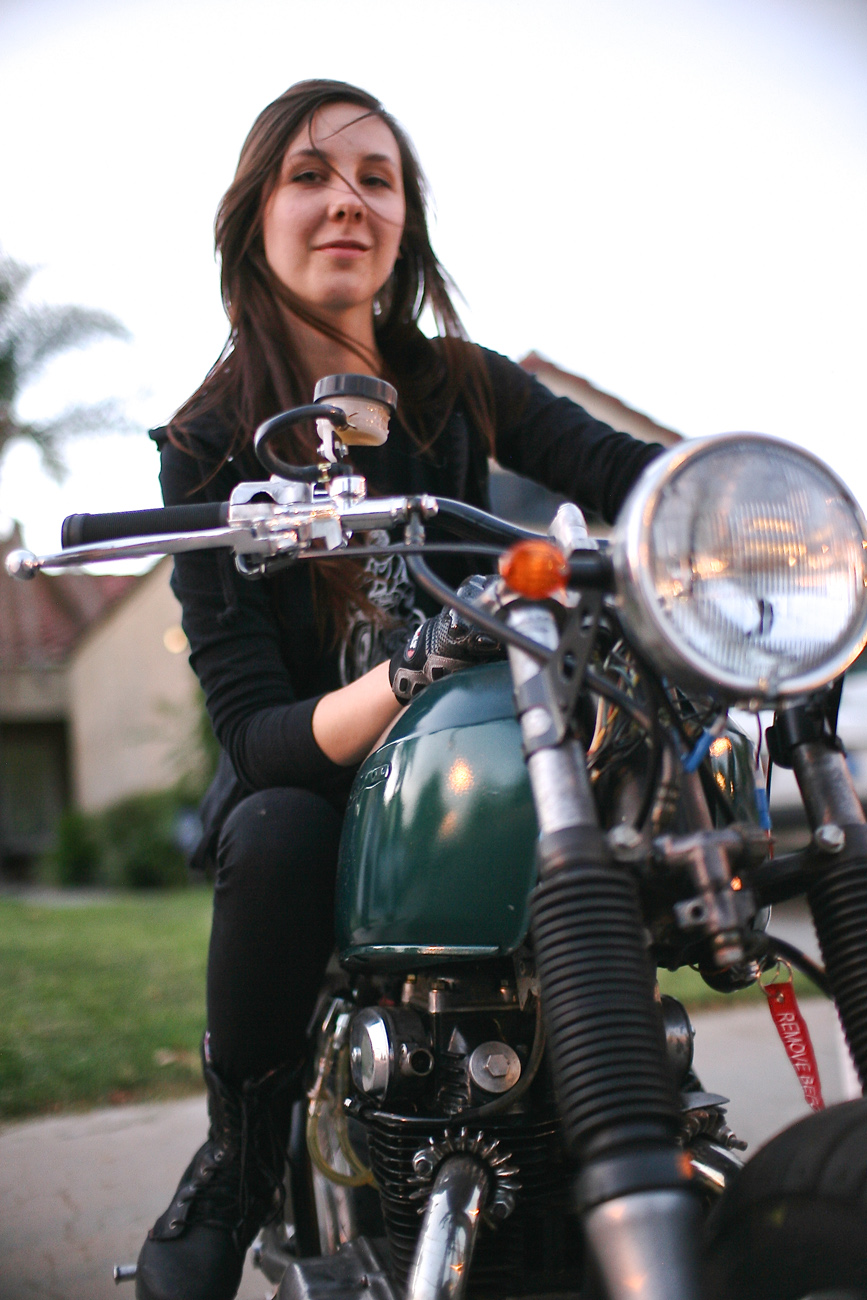 Recently Silver Piston (silverpiston.com) and MotoLady teamed up to give away one of our exclusive ‘Road Saint’ hobo dime rings on instagram. Over 200 people entered the contest, but Jessica was the lucky winner. Congrats, lady!

She’s a relatively new rider, though she’s had more experiences than a lot of folks who’ve been putting around for years. Why? Because she breathed life into her 1968 Honda CB350 motorcycle, which she picked up in pieces and loaded into the back of her lil hatchback GTI. Working in retail selling moderately priced soaps for LUSH Cosmetics, motorcycling and wrenching is her getaway. 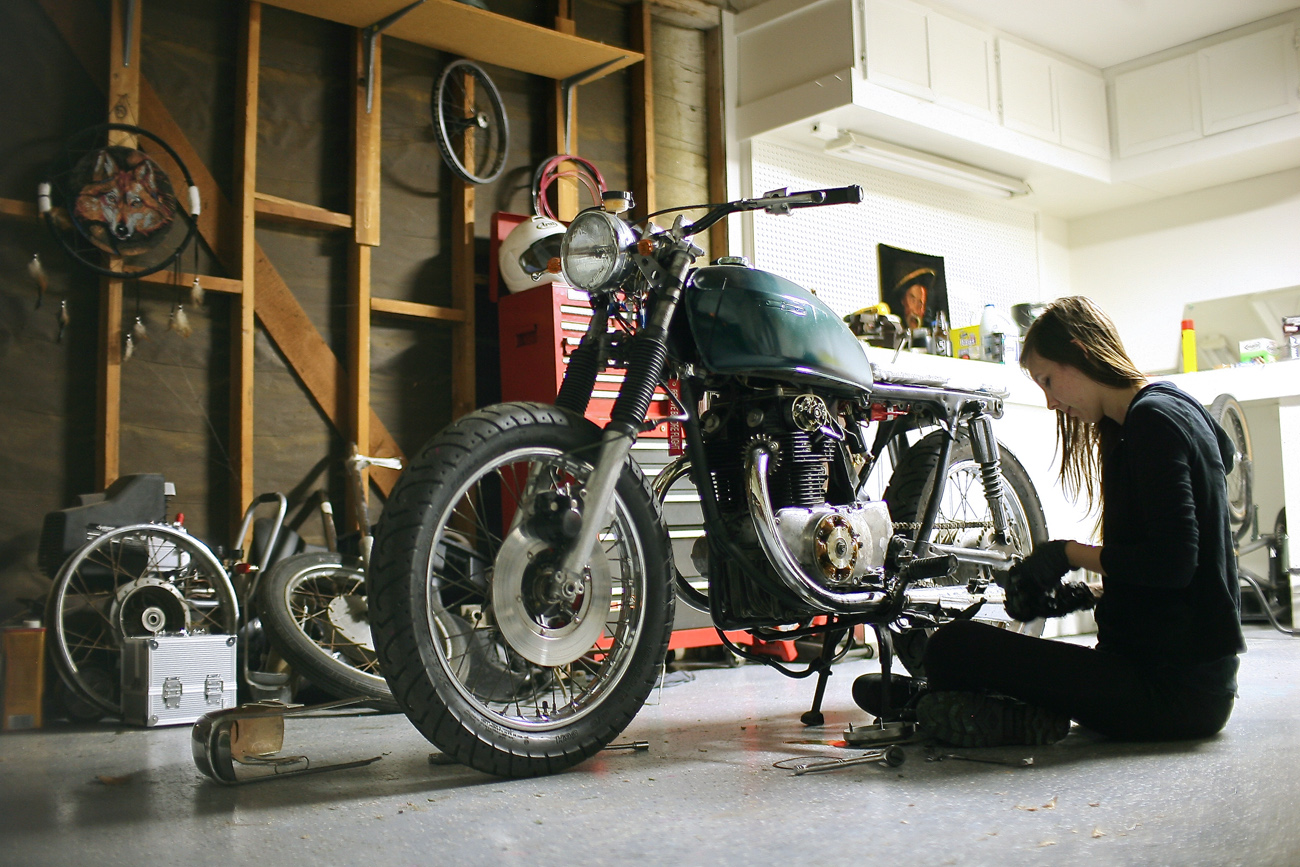 “I’m not too experienced with riding, but I’ve been building my CB350 for just under a year. (I’ve been saving myself for her, haha.) My first introduction to motorcycles was from my fiancé, Travis, about 2 years ago. I remember when he bought his bike, it scared the crap out of me. I watched him build his CM400 and saw the highs and lows, and grew to appreciate it. During that time, my mom bought herself a little Honda Rebel. I was just kind of surrounded by motorcycles at the time, but it was never anything I thought I could do.” 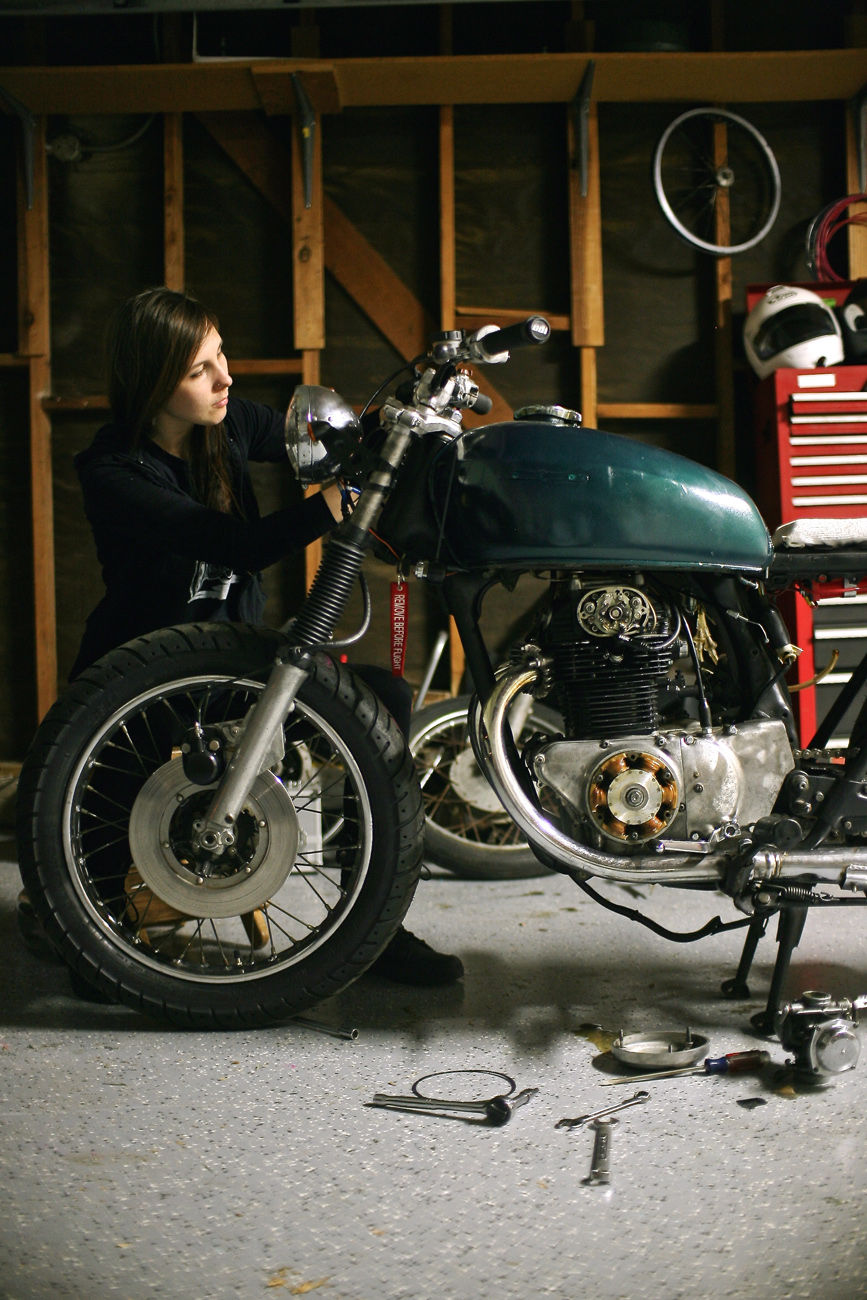 “I grew up quiet and reserved. I spent my time drawing, sitting in front of a computer gaming.. Or going to Disneyland and Star Trek conventions with my Dad. Travis let me ride his bike for the first time in a parking lot of a local school, at the time that was just the craziest thing I had ever done. I didn’t even get the thing out of first gear, but I was absolutely hooked. That was it. I spent every free moment digging through craigstlist looking for the perfect bike. About 2 weeks later I drove 4 hours to pick up my 1968 CB350 (never working on a bike and only riding on 2 wheels once). The guy I bought it from, bought it from another guy who wanted to turn it into a chopper back in 1985, but both gave up on it. It took me about 6 months of learning from Travis (plus tons of helpful people on forums) and working my ass off to get my bike started. About 9 months to ride it for the first time. The first time for both was exhilarating, I felt like Dr. Frankenstein. Almost positive I yelled ‘SHE’S ALIVE!!’ when it first started.” 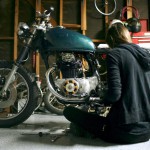 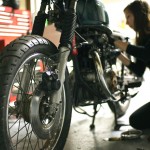 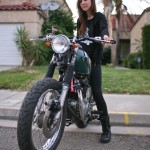 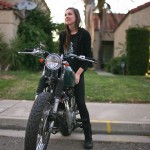 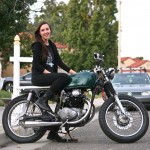 “My bike is still a work in progress, but I am completely in love with it.

I’ve never felt as much peace as I have felt late at night in the garage, covered in oil and gasoline. And never felt as proud as the moment I kicked my bike over and heard it start for the first time since 1985, knowing I did this myself.

Everyone has been super supportive and friendly during this whole process. I hope to be able to give that back to another lady in over her head, building her first motorcycle.” 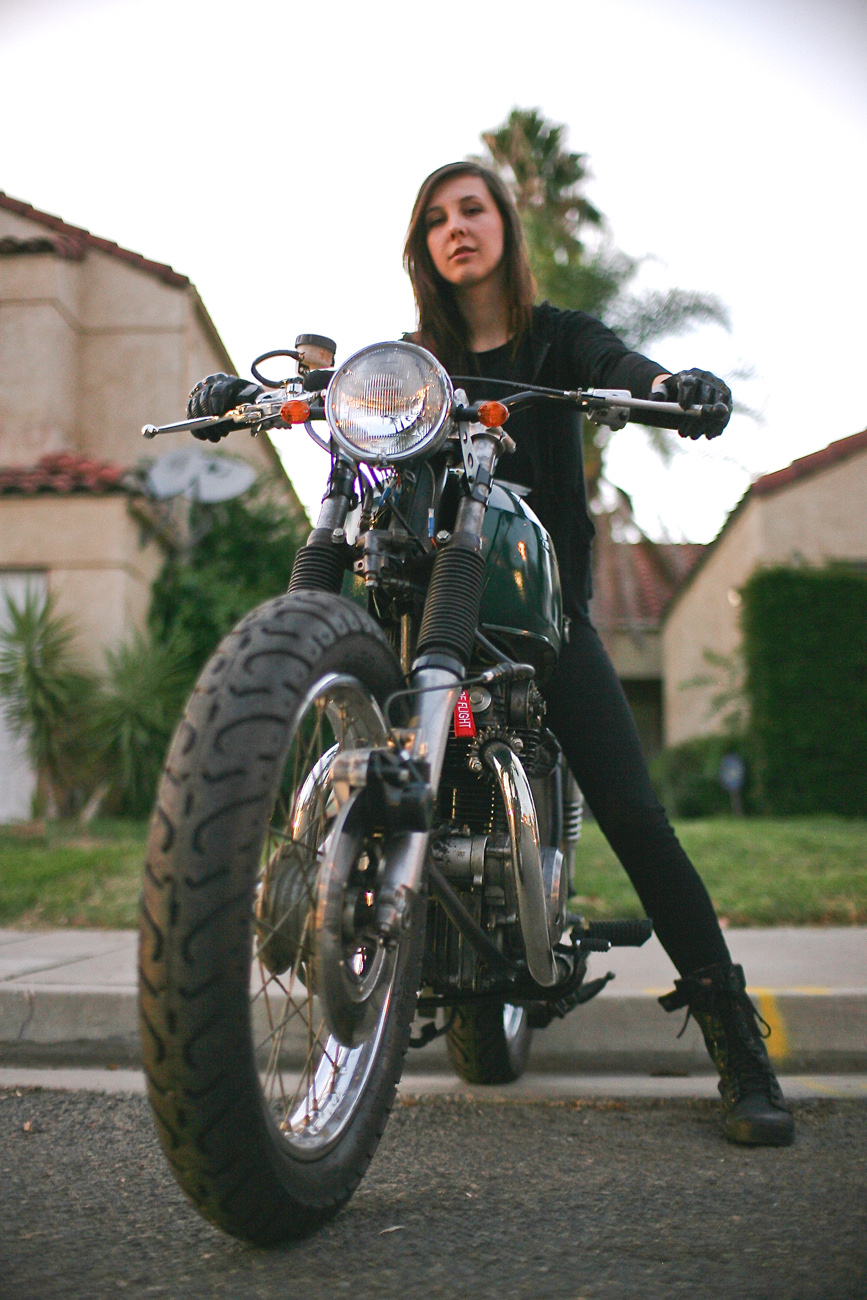 You can check out Jessica’s whole build thread in the DoTheTon forums here, and her instagram @legendofjessica.

Posted on August 26, 2014 in Motorcycles by Alicia Mariah Elfving