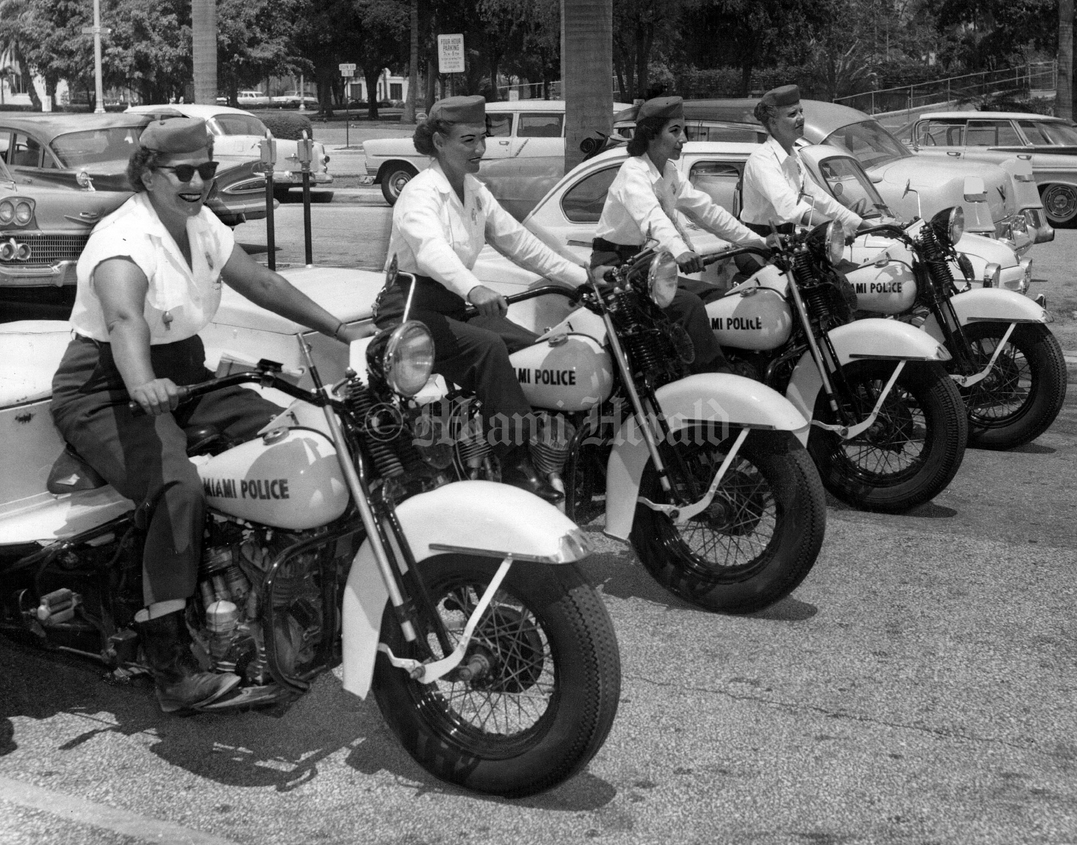 Late April of 1959, Miami launched the lady parking police force. After just 13 days on duty they were outwriting their male colleagues’ tickets two-to-one. 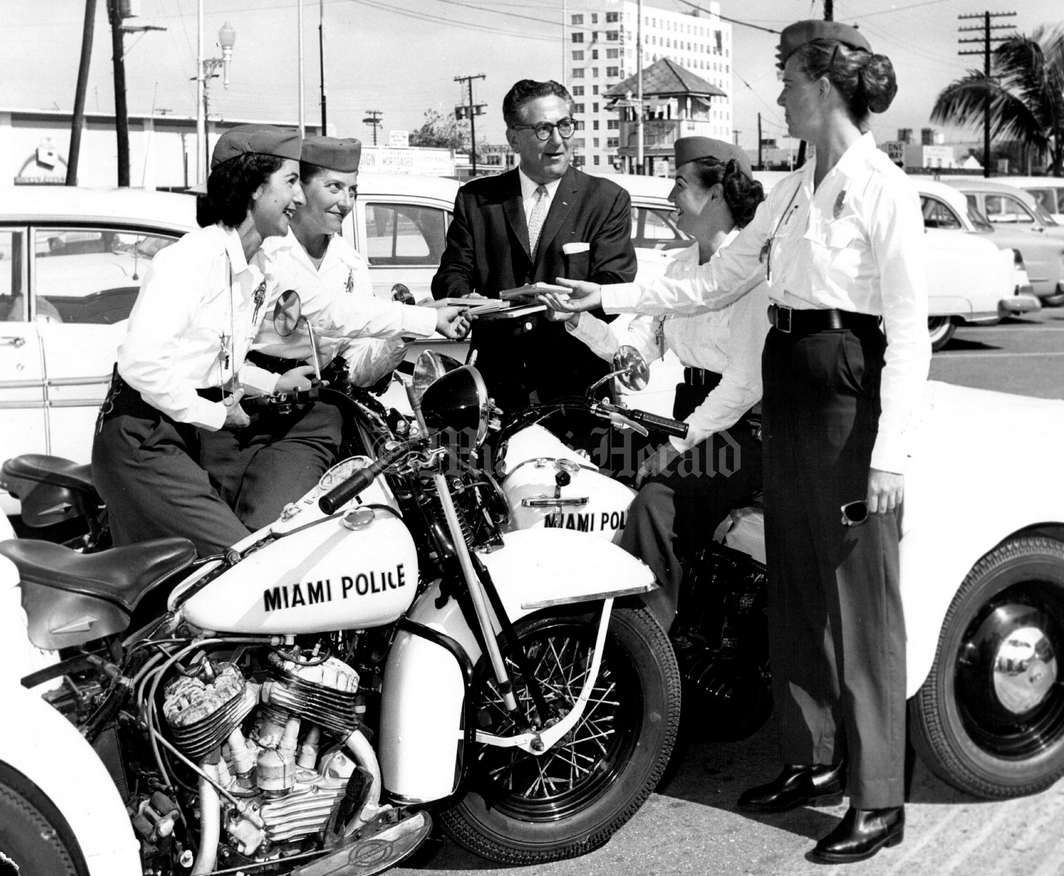 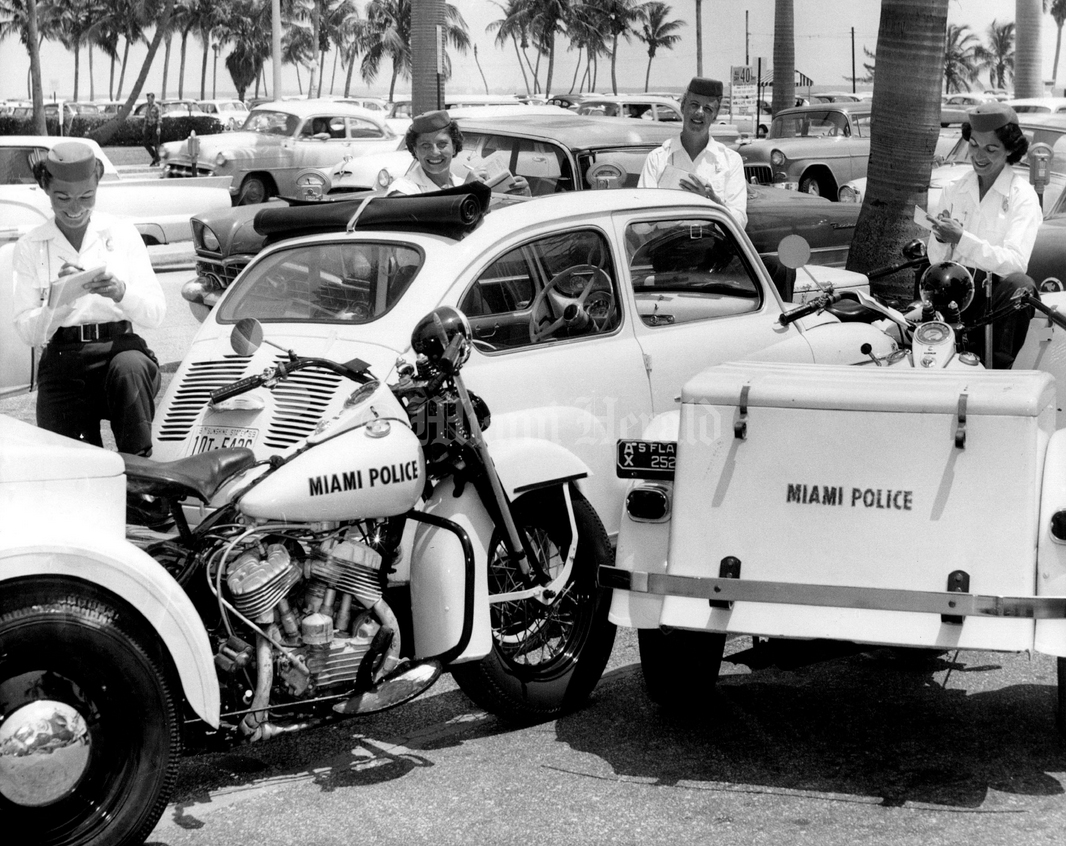 “The girls really took to it with a passion — this poor guy parked on Biscayne Boulevard with the red flag upon his meter got caught by Ruth Siegel, Georgia Ganzos, Frances Lechleitner, and Susan Rimland; but only for the picture.”

During World War II, especially the 1940s, many women entered the American workforce that probably would never have been able to do so were it not for most of the men having left to fight. This paved the way for women in the 50s to more permanently enter the workforce, like the Miami motorcycle Meter Maids! Go ladies, go!

Posted on December 20, 2014 in History, MotoLadies by Alicia Mariah Elfving