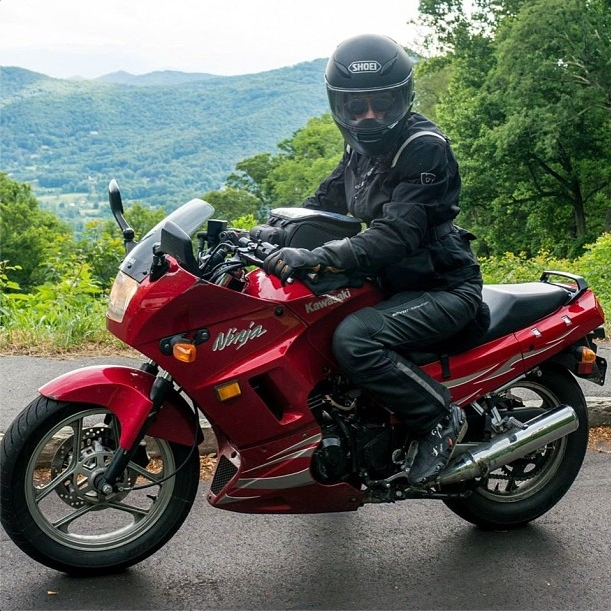 Math teacher and motorcyclist Jen Tekawitha lives in Chicago and has been riding about three years. She’s also a photographer and occasionally writes for RideApart.

In honor of my recent instagram post featuring a pair of mismatched riding buddies, Jen sent me photos from her Iron Butt ride with her Uncle last June. They left from Chicago and rode around Lake Erie and Lake Ontario in less than 24 hours. Jen was on her Ninja 250, and her Uncle was on his Harley Davidson Electra Glide. Very, very different machines.

“I highly enjoyed you calling out ‘it doesn’t matter what you ride’ as that is something I am pretty big believer in. My boyfriend and I toured this summer on different bikes (bonneville and ninja), I’ve ridden Germany on a little ninja 300 accompanied by an F800GS, and the weirdest combo I’ve encountered thus far was riding with my Uncle for the Iron Butt. He was on his Road King (at least I think it’s a Road King, it’s some giant Harley I don’t really know those bikes) and a half helmet and I was in full gear on my little ninja 250. We rode around Lake Erie and Lake Ontario in 24 hours on these bikes. I think my Uncle had his doubts that I would be able to keep up, but it’s a ninja 250… that bike can do anything. 😉 We slept for 2.5 hours on that trip … totally nuts, but we made it back with 10 minutes to spare on the clock. I don’t think I’d do another one of these rides, it was pretty grueling, but I was pretty happy to do it on a bike that gets a ton of hate.” 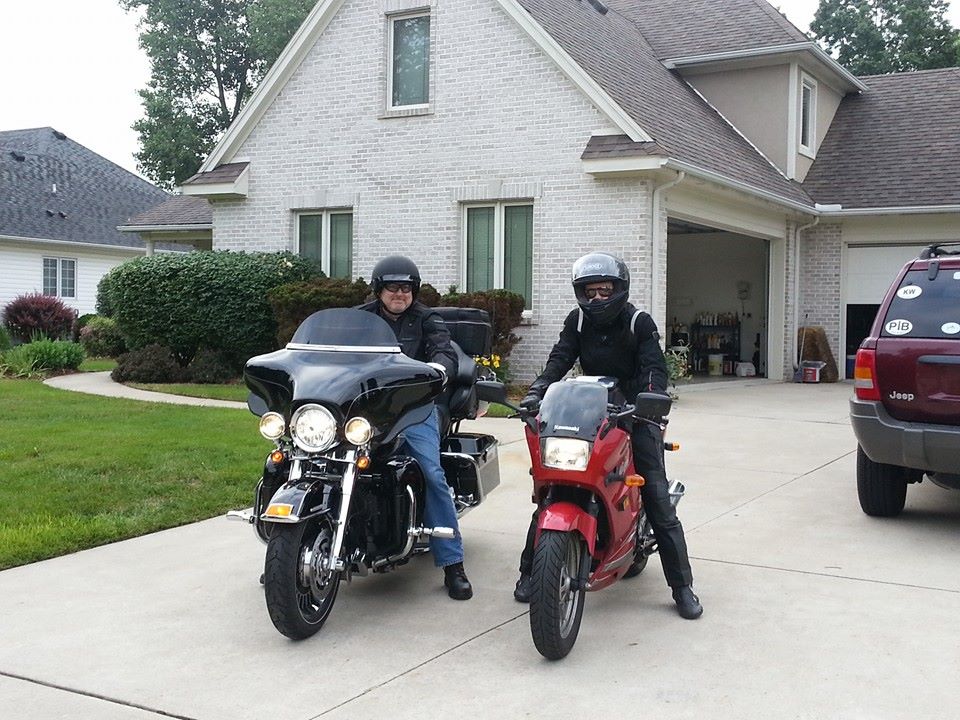 “I think the craziest thing was after we got back, I slept for 4 hours then got back on my bike and rode another 250 miles back to Chicago that day.” 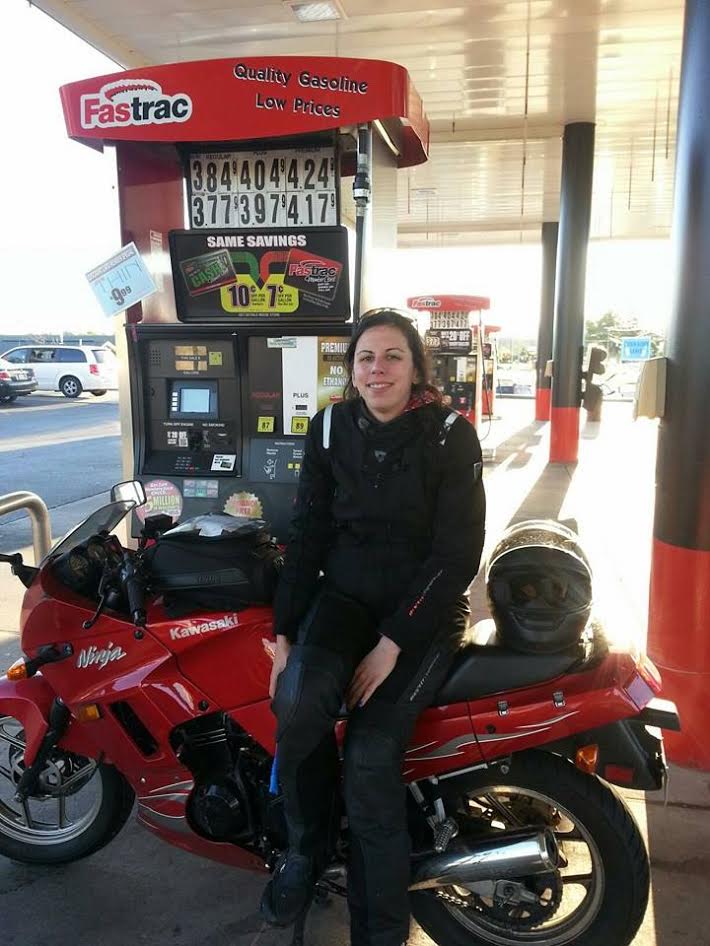 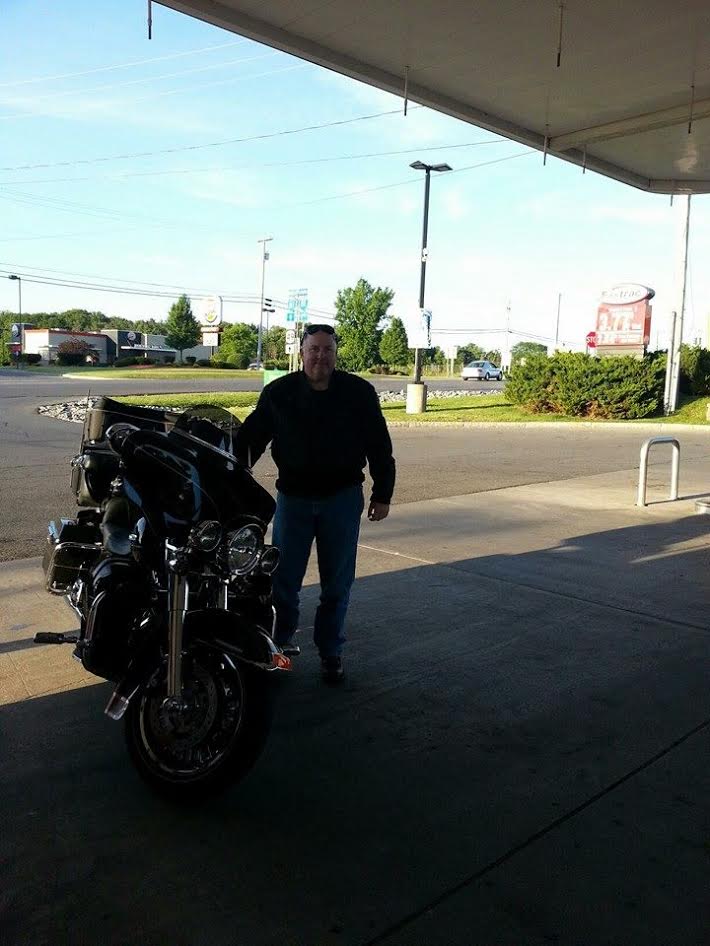 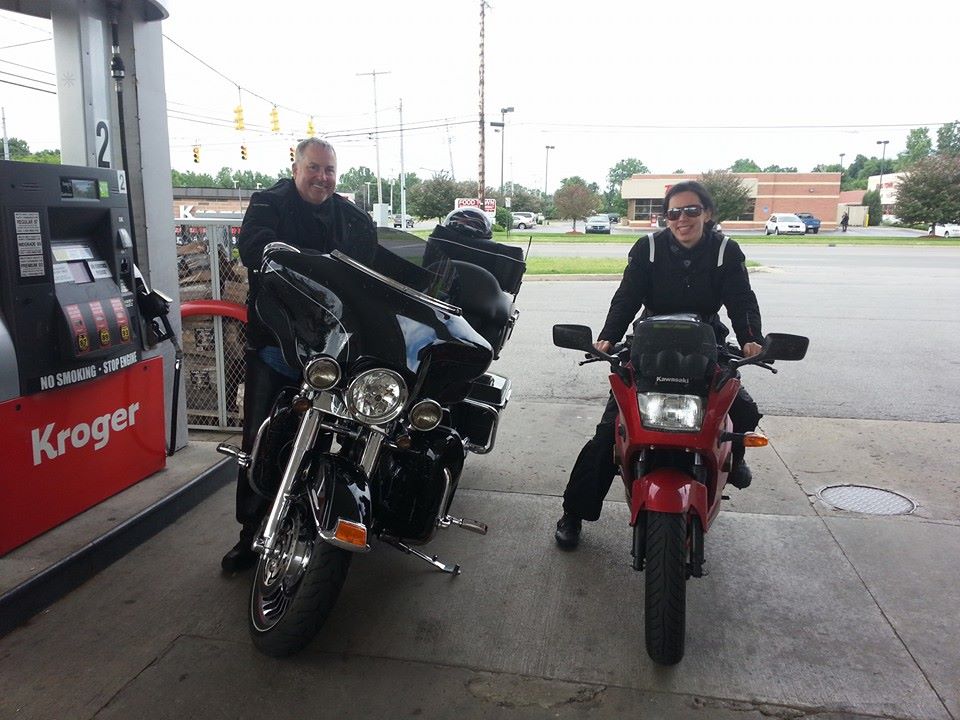 Posted on December 23, 2014 in MotoLadies by Alicia Mariah Elfving