Over a year ago, while working at MotoCorsa, I wanted to get into creating beautiful Ducati content to share on the web, rather than regurgitating the same things everyone else posted. That’s where the seDUCATIve photoshoot with Kylie Shea Lewellen came from- Arun Sharma (General Manager) and I decided that we should hit the internet with 1199 Panigale desktop wallpaper photos of a beautiful woman on a bike- but do it first and do it better. After the shots made their rounds they had rather positive response, but of course there were some who couldn’t see the fact that we classed up the regular girl on bike photos a little bit. So, as we’re talking about it, Arun says, “Wouldn’t it be hilarious to do a parody with the guys?”

In Arun’s interviews on CNN, Good Morning America, KGW and more, he says that he really didn’t mean to highlight the sexism in the industry but that it’s cool it ended up going that direction. Well, maybe it wasn’t at the forefront of his mind… but as I went shopping for red and black girly tank tops, booty shorts, and heels in a full size spectrum for burly motorcycle mechanics, it definitely was for me. Below, screenshot from behind the scenes video- Kylie (original model) and I dressing up AJ Nistico (who was an apparel guy at MC at that point). 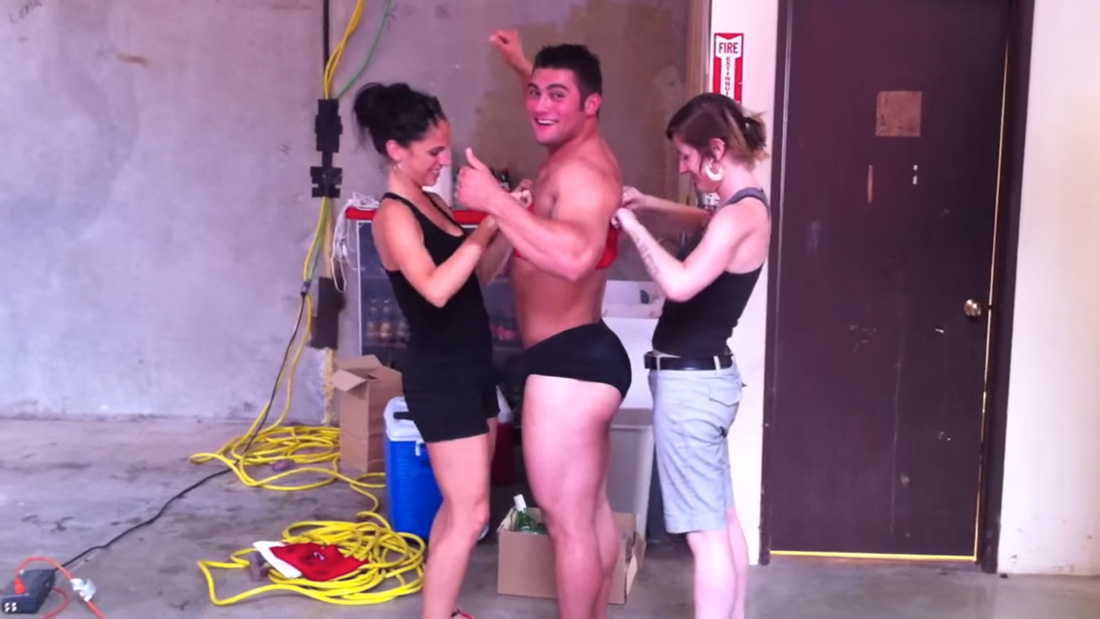 The MotoLady website was sort of just kicking up some dust and I had been thinking a lot about women in the industry. This was an amazing moment where I could, through photography, not only highlight just how awesome MotoCorsa’s crew was, but I could send a “deeper” message through humor. 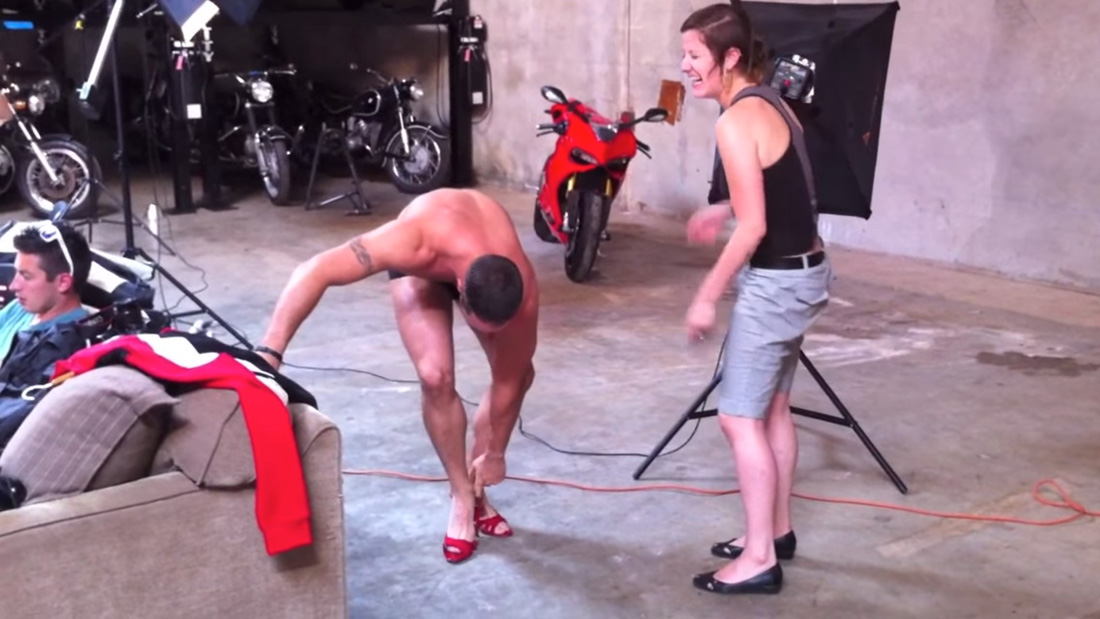 For me, it was mostly to stop taking everything so seriously. Sure, photos of girls draped over bikes aren’t my favorite things ever. 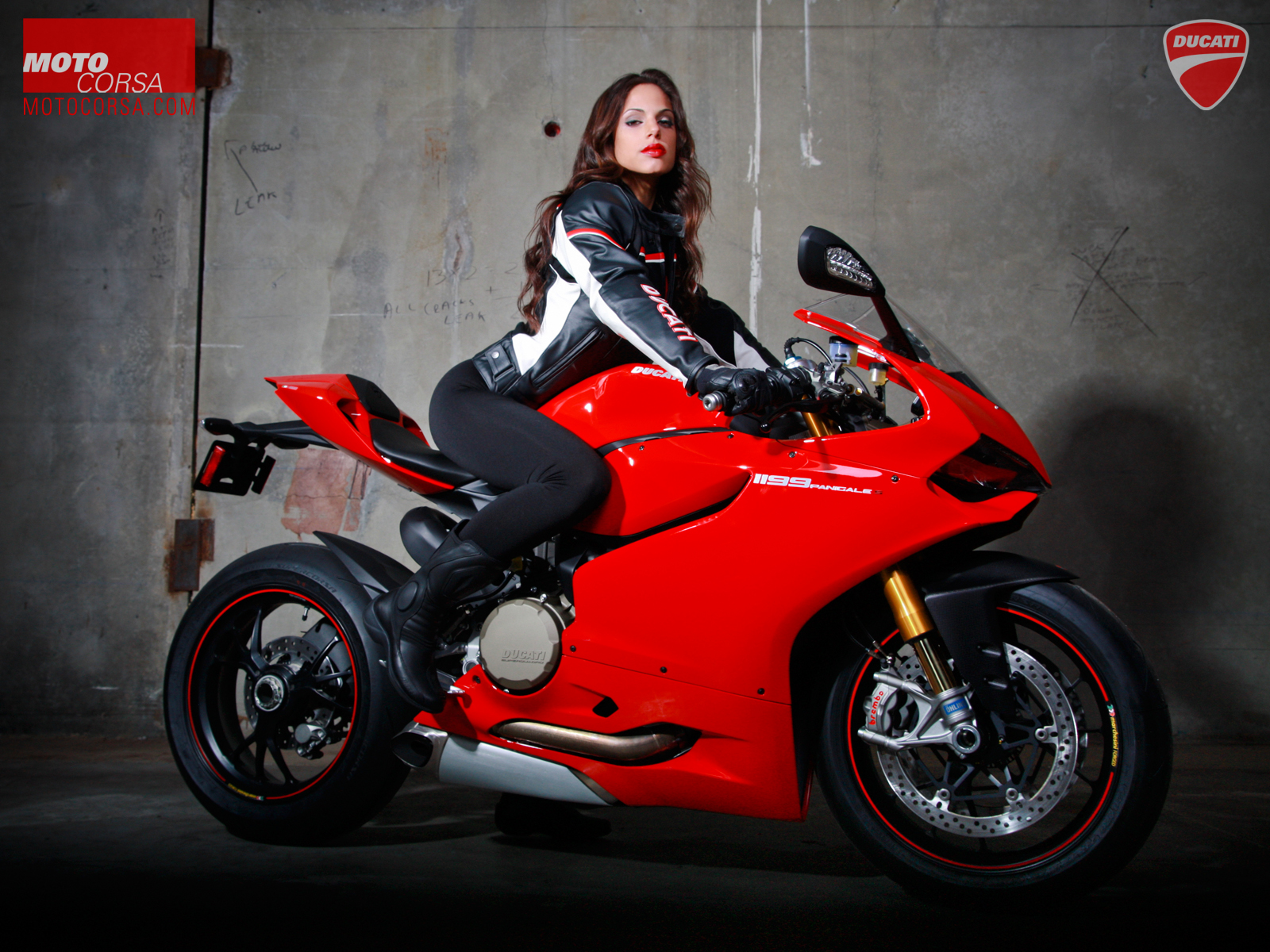 But I will completely admit that women and motorcycles go together, and I can understand why men would want to look at the pairing. Shoving a body-builder’s ghetto booty in their face right next to a gorgeous professional ballet dancer’s was absolutely awesome.

Long story short, Taylor Ramsauer just spliced up a rad video for MotoCorsa of the MANigale behind the scenes footage. It really gives you a great look at what went into this, and how much of a shop project it was with everyone there helping and hanging out, laughing at each other etc.

Make sure you take a look at the original full seDUCATIve shoot with Kylie Shea, and then all the MANigale parody comparisons on MotoCorsa’s website. 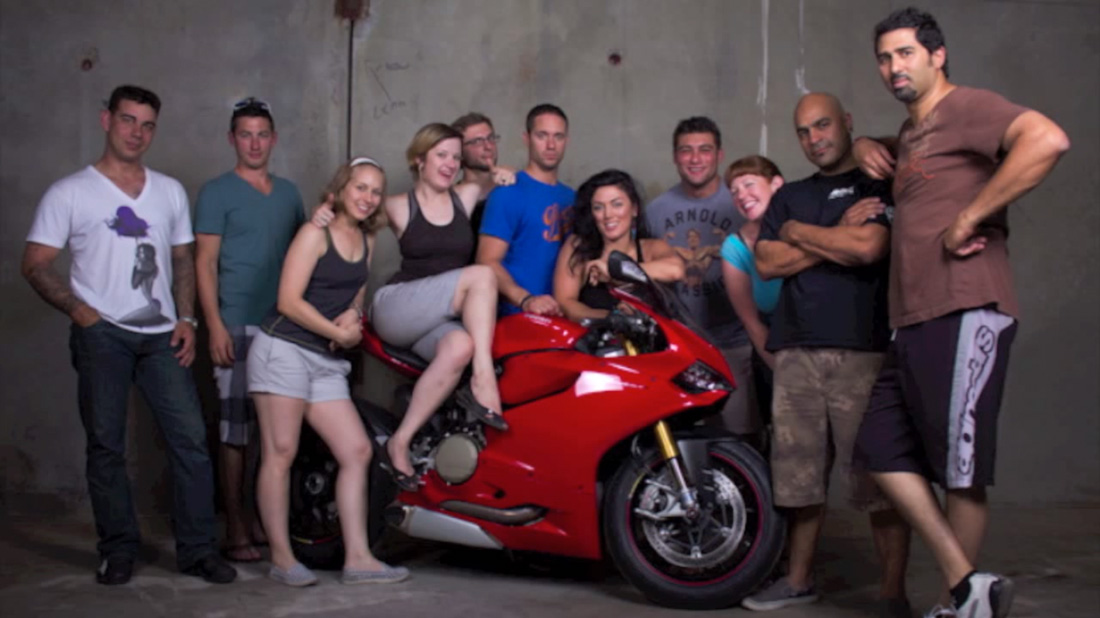 I guess I should take this moment to thank that team for all being so patient when I told you to “pop your hip!” more and “make a sultry face!”. We did good.