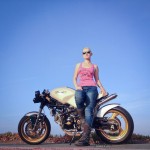 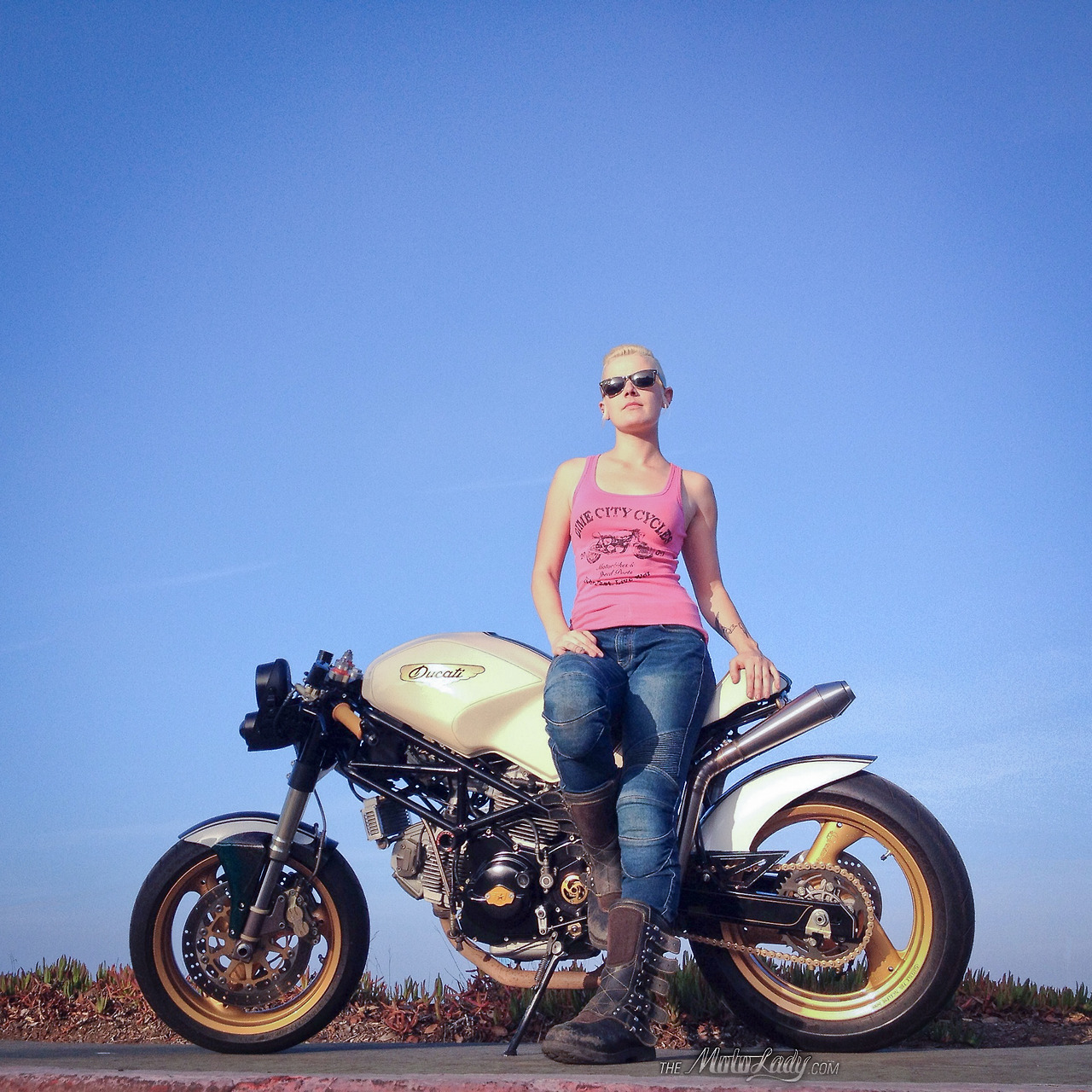 The majorest of major Monster Project updates… the build’s finished.

I suppose to say the bike named Pandora’s Box is complete seems pretty oxymoronic, and let’s be real… it really is. No build is ever finished, and I’ll be tweaking and changing things on this girl for months to come I’m sure. Already on the list… moving rear set positioning, angles of the clip on bars, and likely rejetting the carbs.

Pandora and I took our first ride today in over two years- somewhat short for testing purposes. From the City Heights neighborhood of San Diego where I was working, over to Trophy Motorcycles on El Cajon for some new spark plugs, then out to Mission Beach for a mini photoshoot. Yes, she feels great. The 748 front end on there definitely made it ride more like a sportbike (gee I wonder why) and it turns in with just the thought of an approaching corner. Quick as a bunny, with a throaty purr that sounds like it’s coming from the depths of my heart.

Indiegogo folks- don’t worry, I’ll be starting on the rewards portion of the campaign and will deliver them asap. You have not been forgotten by any means. Thank you again for your support and helping make this dream come true… I was jumping up and down like a little kid in the crux of a sugar high after I took her out on the road.

Last note- the build phases of the Monster Project will be updated on this here website, very soon. I had forgone the blogging portion of the project in order to get the thing done [finally].

Posted on January 30, 2014 in Motorcycles by Alicia Mariah Elfving