Back on a Bike: Motorcycle Crash Cognition 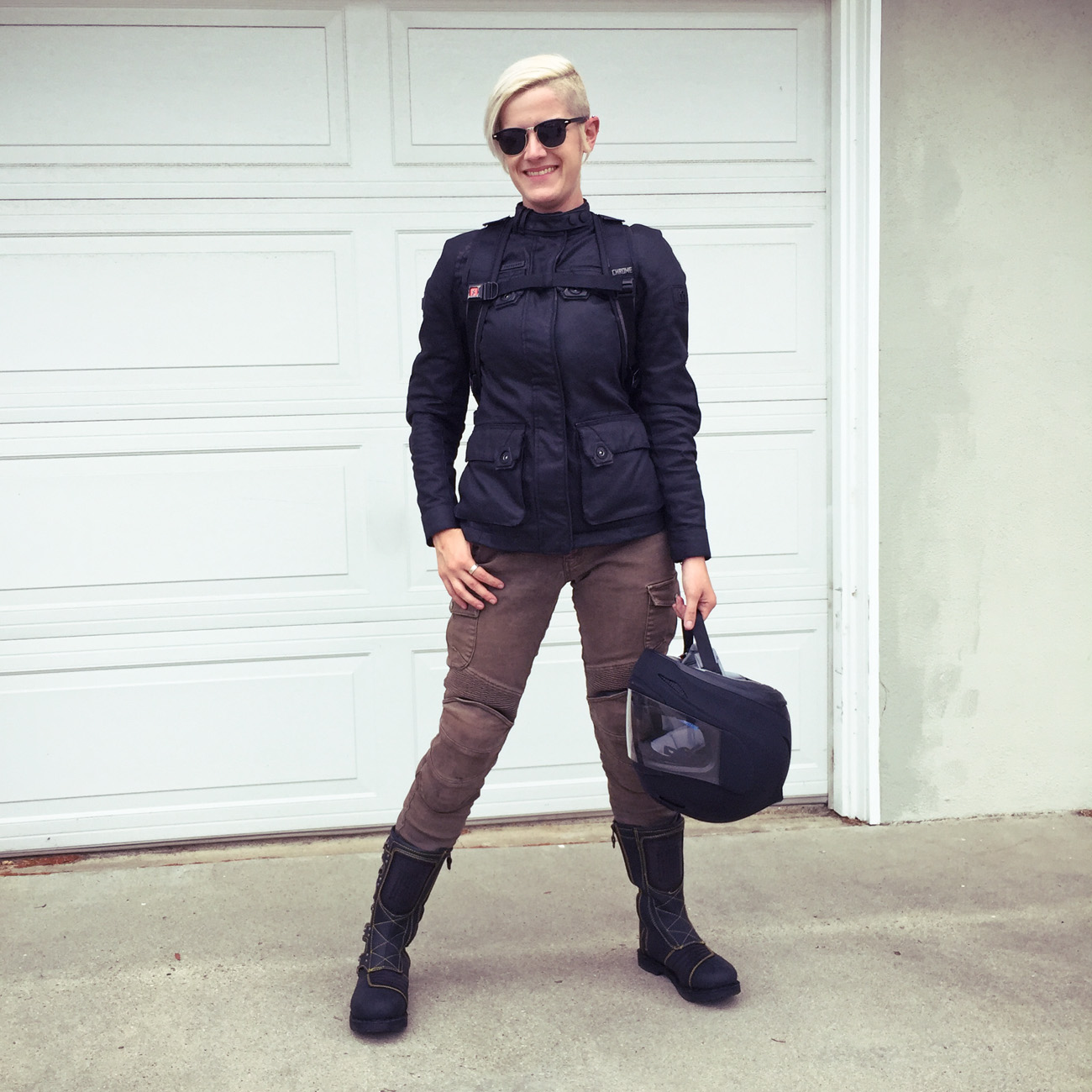 Geared up after returning from the ride today

Today marks three weeks and two days after I crashed my Ducati Monster at a pretty decent rate of speed- and the first day I got back on a bike.

It seems important to talk about my state of mind through the whole ordeal- because I’m not impervious to anxiety like some may think. Getting back on a bike after a motorcycle crash came with a ton of different feels. Now, firstly, I can’t give you the details but I was on a Harley. Not a huge Harley, not the smallest either. This was my first time riding one, in fact, and with the usual forward controls I was completely out of my element.

Before we carry on with the story, you must know that I have always gotten excited to the point of being jittery right before getting on a new bike. I mean, come on! It’s so crazy exciting and a little bit scary in the most thrilling way! Every bike is so different- and I feel like my approach actually gives me the perfect amount of respect for machines, letting me get a feel for them instead of whiskey throttling myself off or something. Hop on the bike, feel it’s center of gravity, find the sweet spot in the clutch, get acquainted with the throttle sensitivity, roll and test brake grabbiness, and boom- I’m off and my anxieties dissolve into the wind.

My roommate Will and I rode two-up to pick up the bike, so my first reintroduction to two wheels after wrecking was a two step process. Being a passenger has always been more daunting to me than piloting a bike myself- as you have to let go of all control. Will works for Motocyclist Magazine, has lots of years and miles of track and street riding under his belt, and commutes through LA traffic on a daily basis. So I told my worries to go away and we zipped onto the 55 freeway, then taking the 405 interchange (that we’ve now dubbed ‘THE ONRAMP’ at our house) where I went down. Going about the same speed as I was, we went through the turn as per usual, and carried on with the commute.

That was an interesting moment for me. You see, ever since the incident with THE ONRAMP, I’ve wanted to go rail through it in a sort of “I WIN” sort of way. The consideration that I simply ‘lost control’ was definitely there, but today, on a much less capable motorcycle than my Monster, we did it no problems at perhaps 10 mph faster than I was. The idea that after so many rides and twisty roads, so many miles… I merely slammed myself to the ground because of a bump in the road is unbelievable to me. The metal piece we found in my wheel is quickly becoming more suspect.

Anyway, just before I was going to get on the bike and head to our next location, I hit the bathroom inside. Immediately upon my return outside and the reality that I was getting on a brand new bike for the first time after my crash hit me and I started jumping around all excited and felt like I sort of had to pee my pants, like a little kid. Hey- it’s the truth. So, we geared up and took off for Long Beach.

As usual, the magic of motorcycling worked it’s wave of relief over me immediately, and despite the strange-to-me forward controls and one inch wide bars, I was right back at home.

I had a lot of time during the day to get acquainted with slow speed maneuvering on the hog, becoming quite comfortable with it in general. The cumbersome big bike didn’t feel unwieldly for long! On our way back home we hit just a little bit of traffic, and lane splitting on it was an interesting adventure. People seemed to see it a lot quicker in their mirrors, that’s for certain. While I didn’t have crashing on the brain the whole time, each car that didn’t get out of my way was much more suspect to be a danger. Not just assuming they don’t see me and may pull out, but pretty much assuming every single person was going to do so, and maybe on purpose. Hyper-hyper-aware. Even moreso than ever before, despite riding like I was invisible and everyone was out to kill me. Closer to home, we came up on the reverse 405/55 onramp which is a big right hander. The moment of truth! I nailed it no problem, bumps and all. When we rolled up to the house I shifted it into neutral, hit the kill switch, and coasted to a stop feeling all awesome and stuff.

And with that, my confidence has fully returned.

16 Comments for “Back on a Bike: Motorcycle Crash Cognition”