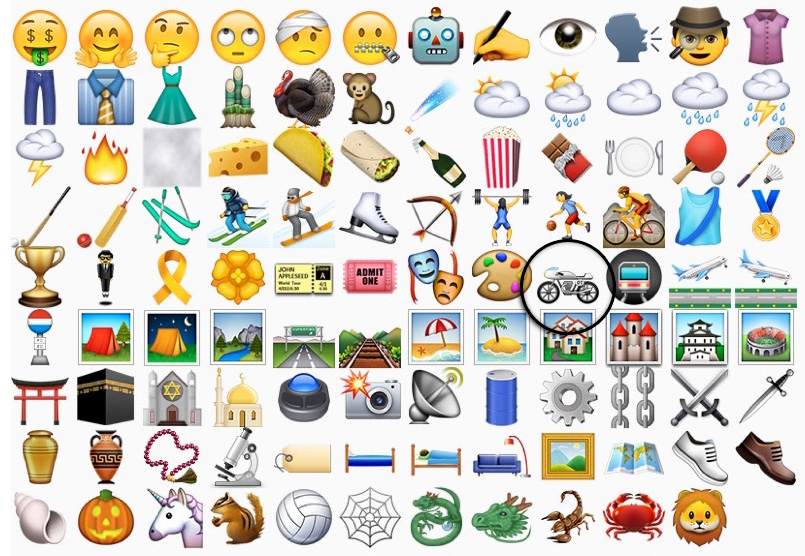 BuzzFeed brought attention to the new burrito, taco, and unicorn emojis. But they failed to point out there’s a motorcycle!

Once Apple releases the iOS 9.1 update, we will finally have a motorcycle emoji. Finally. Right now, folks with paid Apple developer accounts can see these new fancy little pictures. Back in 2014, a racing emoji was released via Unicode, and it’s taken this long to do anything with it. I for one am happy about this silly new addition. The burrito and unicorn are pretty cool, too.

And, here’s all the new emojis apple is adding in iOS 9.1.