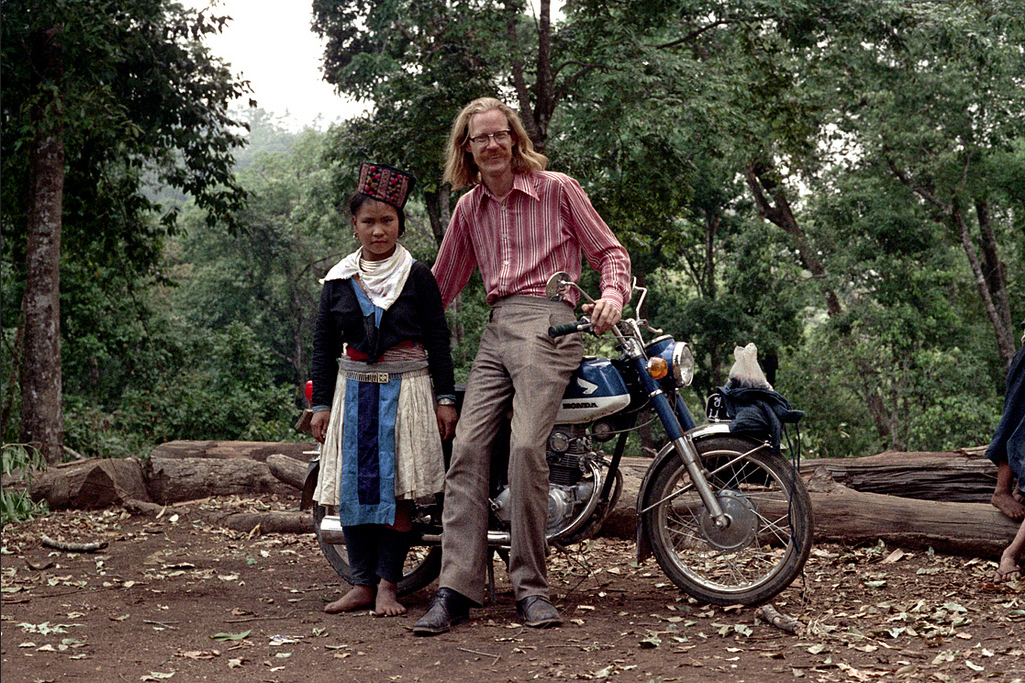 Nick DeWolf posing with a young girl through his travels in Northern Thailand.

Nick DeWolf carried around multiple cameras for most of his life, cataloguing the events and views around him. Nick was a MIT graduate, engineer, entrepreneur, and photographer. He co-founded Teradyne in 1960, a Boston based company that manufactured automatic test equipment. Back then, automated equipment like this was a big deal. They didn’t exactly have super computers and google back then.

His son-in-law, Steve Lundeen, has archived his photo collection on flickr- with a total of over 77,000 scanned images. These are some of my favorites. 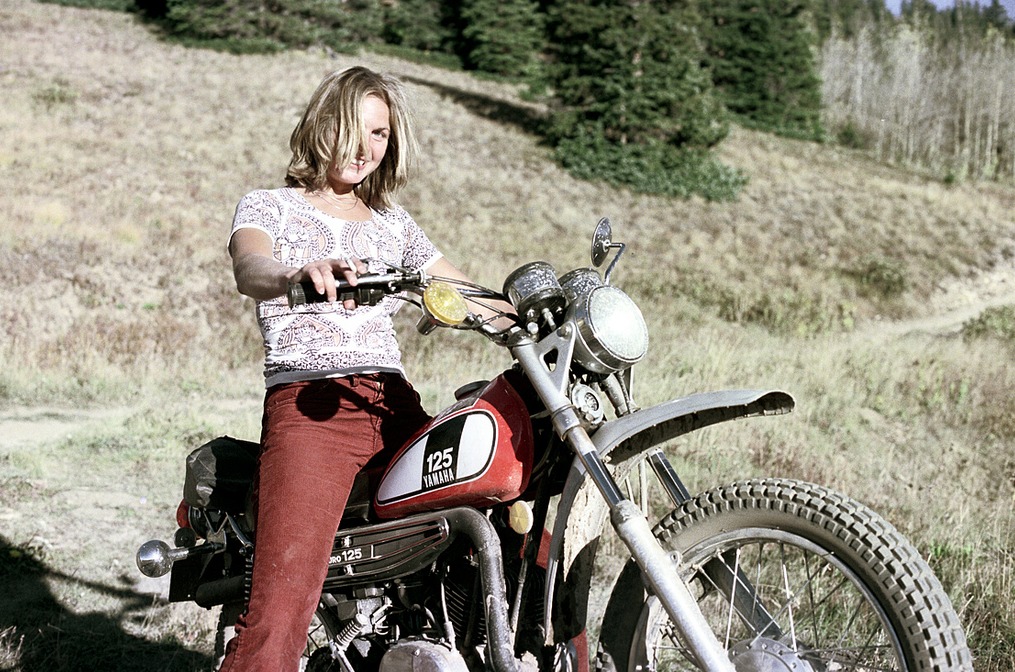 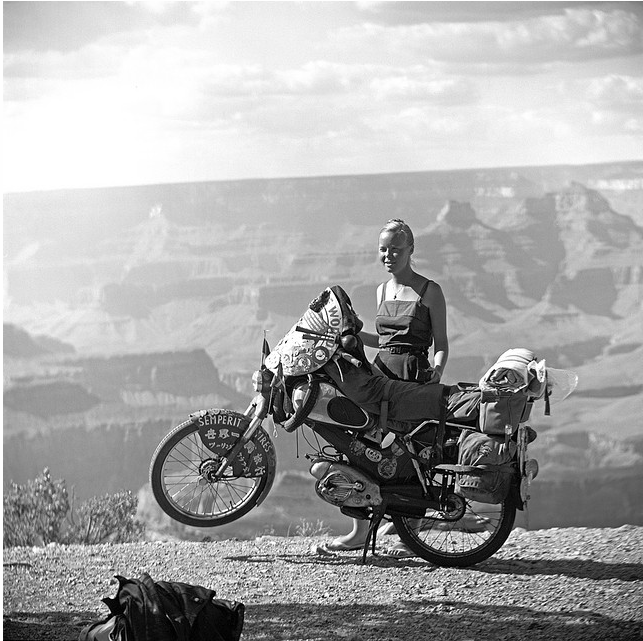 Above, Gerda Waigand, poses at the Grand Canyon with a 50cc Puch Moped on which she and her husband rode around the world (August 1958). 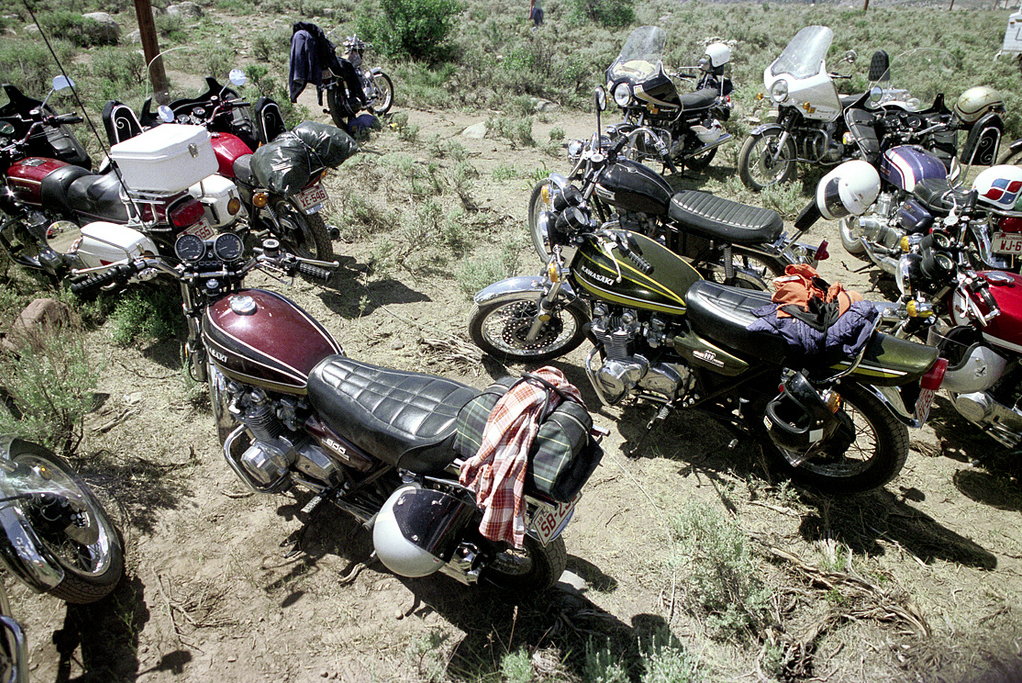 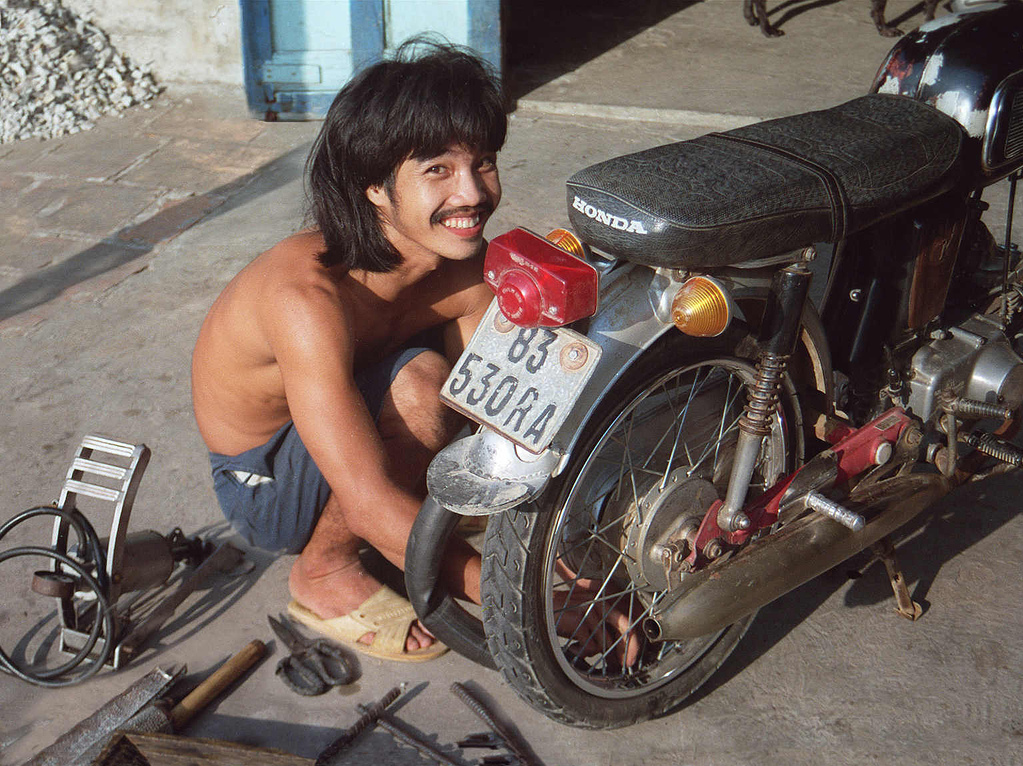 “Zen and the art of motorcycle maintenance are vital in Vietnam. Innertubes survive 30 patchings!” 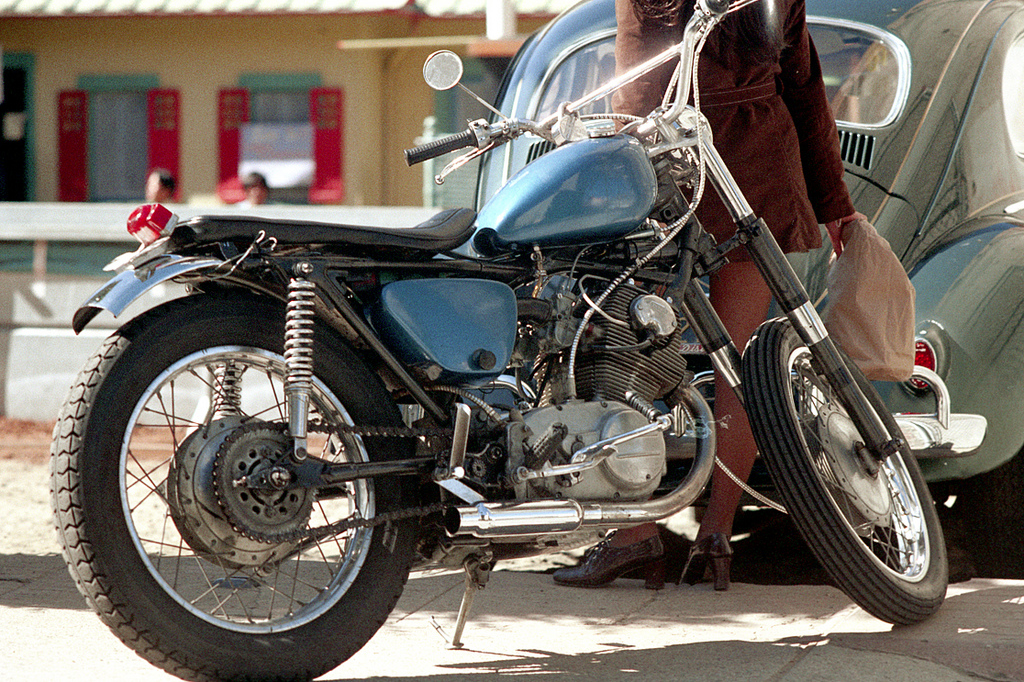 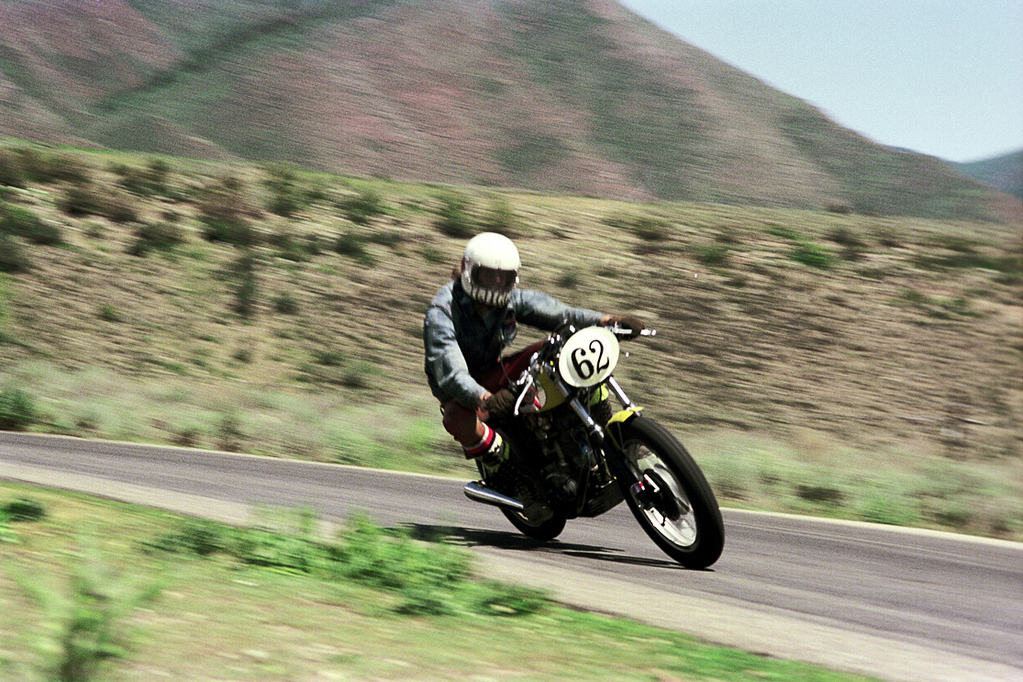 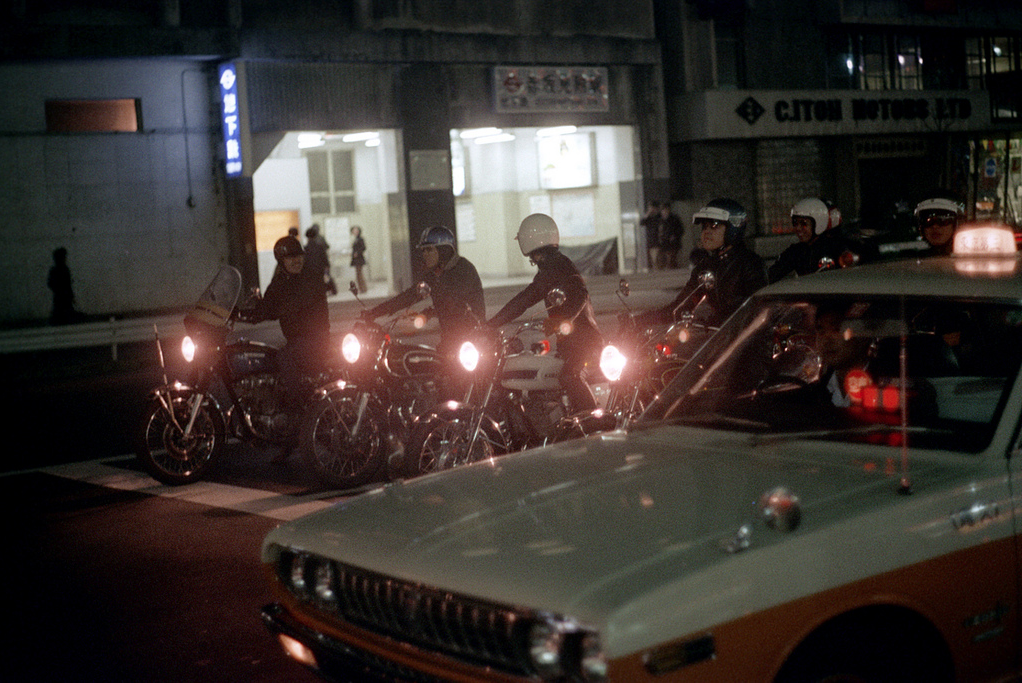 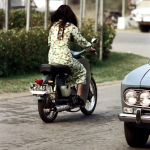 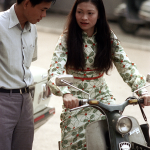 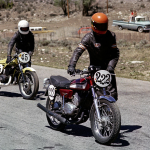 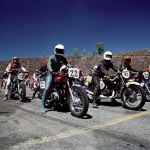 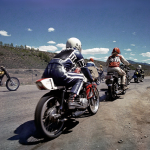 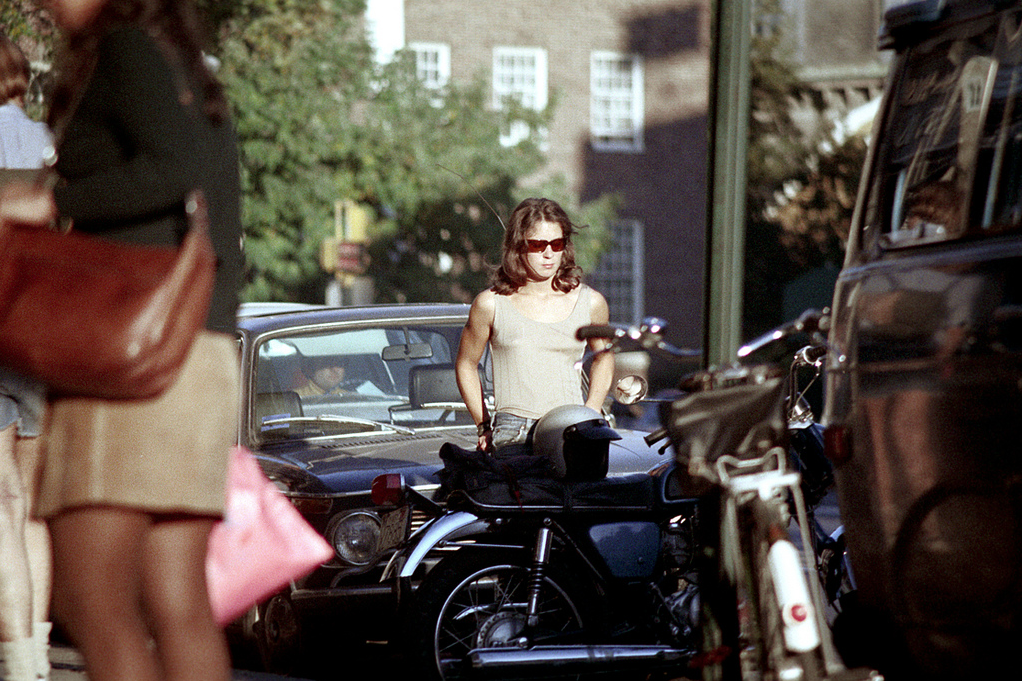 1971, a girl and her motorcycle, Harvard Square, Cambridge. 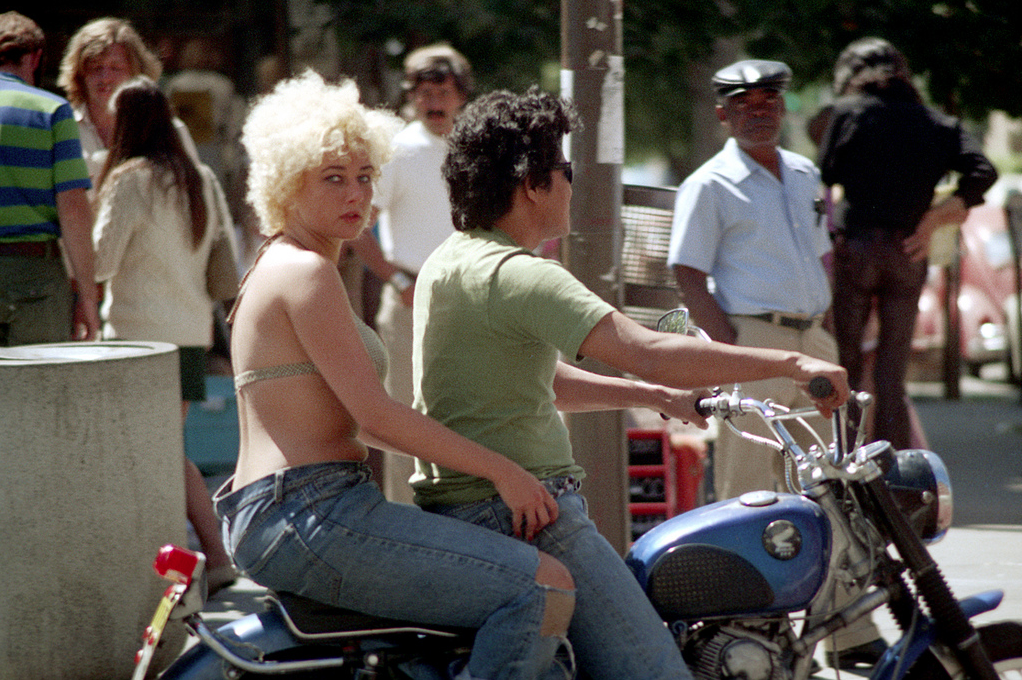 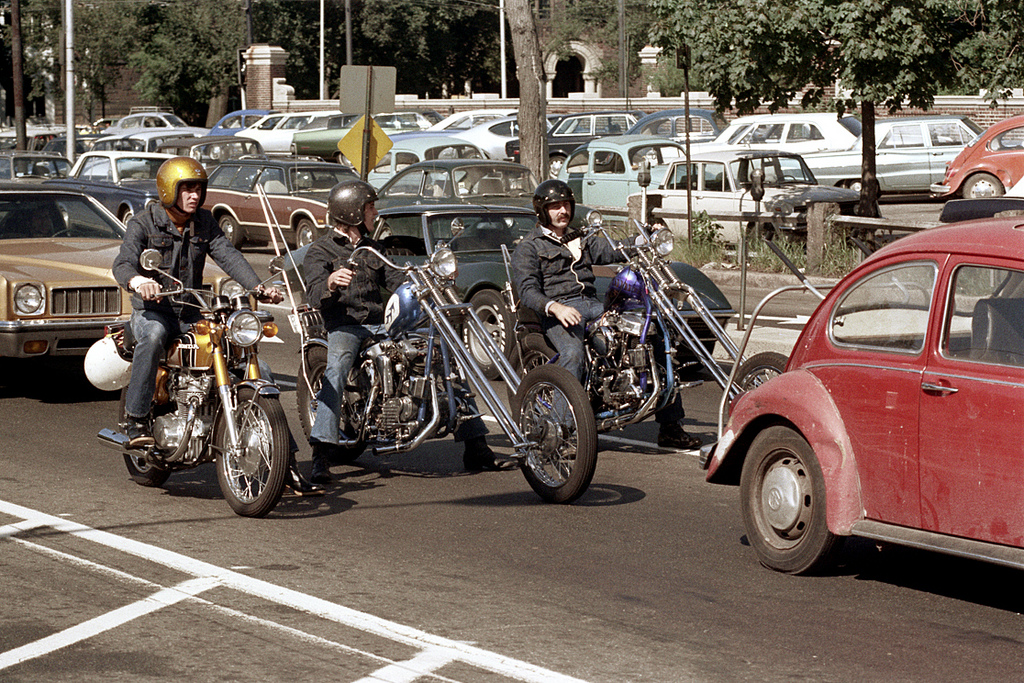 To peruse all 77,000+ images, head over to the Nick DeWolf flickr archives.