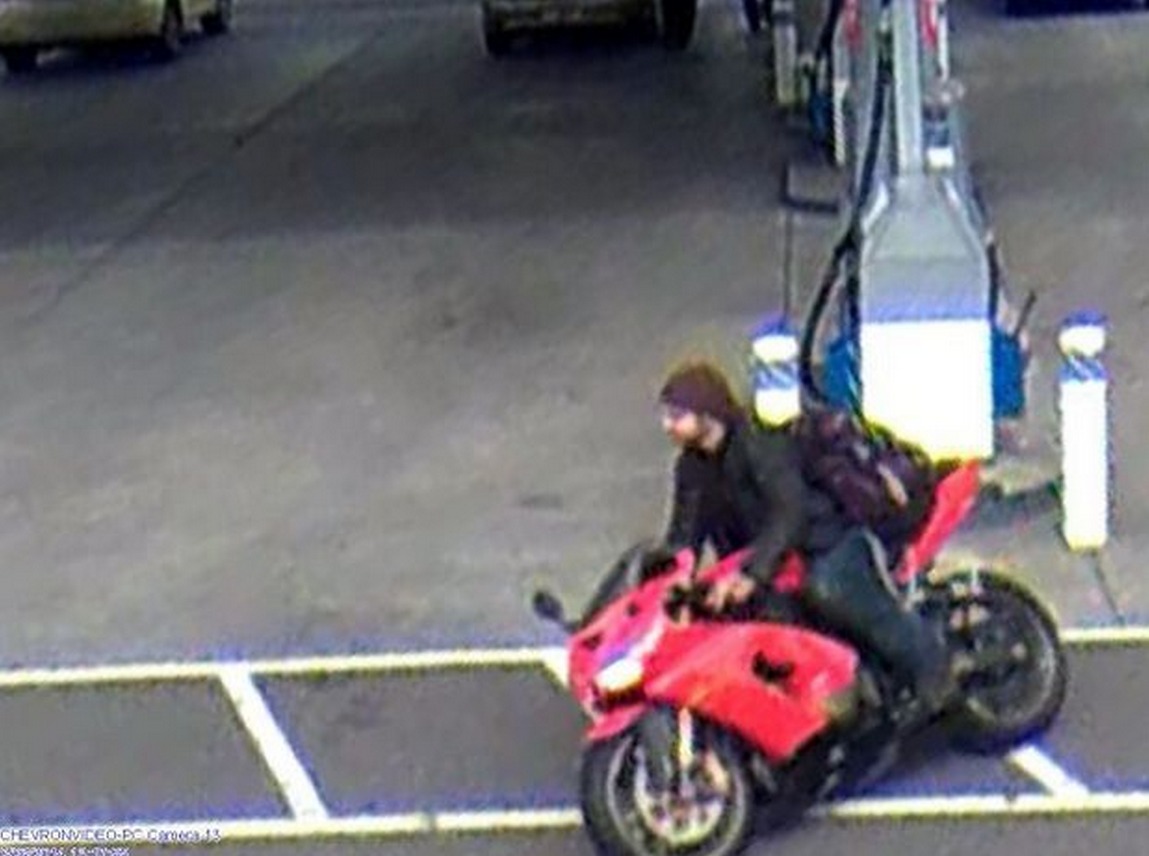 So, when a creepy guy comes up to you at the gas station and admires your bike then asks to sit on it, what do you say? Generally being ambassadors of riding, I’d bet more of you would let the guy park his butt on your bike than would turn him away. But perhaps you’ll rethink that now, or maybe you’ll just make sure the key isn’t in it.

What I find fascinating is that from the photograph above it seems this dude fled the gas station wearing no helmet in a state that requires one be worn. I’ve witnessed how serious cops are about helmet laws in Oregon- you don’t even get on a moped and putt the block without one else suffer the wrath of the police. I’m fascinated he wasn’t instantly pulled over.

Jared Lee Hoffman, 28, oggled the motorcycle’s paint job and asked if he could sit on the bike. The owner quickly realized the decision was a mistake when the suspect took off from the Wilsonville gas station on his pride and joy.

After about 13 miles of erratic driving that earned multiple wreckless motorcycle reports from drivers, a pick up truck yielded way to a police car with it’s sirens lit up and the thief, Hoffman, ploughed into the back of the vehicle. He was launched over the bars according to Sgt. Dan Kraus, a Clackamas County Sheriff’s Office spokesman.

Nearly instantaneous karma- for the thief at least, that poor bike is probably pretty beat up and I’m hoping the owner had full coverage insurance.

Posted on February 27, 2014 in News & Features by Alicia Mariah Elfving