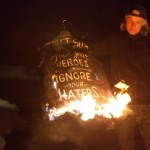 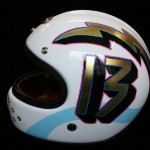 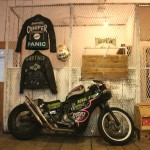 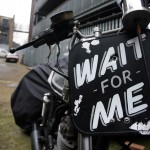 Back in december I posted photos of hand painted leather jackets by Ornamental Conifer. Then earlier in April I posted the first “Further” video featuring an awesome bike with SUSHI EATER lettering on the side. Observe, that same bike in the secondrow/middle photo above!

Nicolai is a talented designer with a very steady hand. His art helps express the soul of the pieces he is decorating whether it be a helmet, jacket, or motorcycle.

The Art of Signpainting with Nicolai Sclater on Youtube

Posted on April 13, 2013 in Motorcycles by Alicia Mariah Elfving