Some friends of mine up in Seattle got together and created a ladies riding group called the Rainier Ravens. The group is comprised of four very talented women riders, Ericka Turnbull, Karissa Coffey, Barbara Fuentes, and Morgan Gilman Garritson. Each of them are pretty awesome ladies- I’ve actually featured each of them on the website. Morgan’s Nightster, my dirt adventures with Karissa, Barbara’s coverage of Bonneville Motorcycle Speed Trials, and Ericka’s Canada road trip. All four are the type of kind, inviting person, who wants to help develop the motorcycle community by hosting fun events, parties, and more. That’s the general idea behind the Rainier Ravens. But that’s enough from me, here’s what Ericka had to say-

“While on a twelve day solo motorcycle trip in Canada, Alicia (the fabulous Moto Lady) and I were sending messages back and forth about the lack of motorcycle community, particularly in the women’s segment, there is in Seattle. We have some really good stuff going on here – Backfire Moto Night, The Fuse Box, SUB BBQs, Cretins Clubhouse, and MotoGP at Smarty Pants- which is nothing to scoff at. However, in the two years I’ve been riding motorcycles here I have definitely felt a lack of bonding with other awesome motorcycle babes in the city. I’ve met a handful… But I knew there had to be more out there. While on the road, Alicia introduced me to a few folks in the motorcycle community that lived in my area.

Two of my new (at the time Facebook) friends, Morgan Gilman Garritson and Barbara Fuentes, decided that we were going to head up to Vancouver, BC to attend the Women’s Motorcycle Exhibit by the talented Lanakila MacNaughton. That’s the awesome thing about Moto women… You can become fast friends faster than Marc Marquez can complete a lap of a race… And as we all know, that’s damn fast. We had a fantastic weekend getting to know one another and on the way home the topic of the lack of women’s moto community in Seattle came back up. There was about an hour’s worth of rushed, excited chatter about how we were going to change that and how. Before you knew it, the concept of a women’s monthly moto meet-up in Seattle was born. As soon as we returned, we found one more awesome woman to join our crew, Karissa Coffey, and we hit the ground planning like bats out of hell.

A month’s worth of excited emails, texts, and planning meetings led to something bigger and better than I ever could have imagined, or ever accomplished on my own. These three women are some of the best friends a lady could ask for and I’m so proud to be launching this with them.

We would like to proudly introduce the Rainier Ravens! The Rainier Ravens is a collective of women who embrace the motorcycling culture in the PNW. Our goal is to make connections, build community, ride, wrench and participate in moto events.
We’re still in the early stages, and while some may call us crazy for rolling a motorcycle event out as winter rolls in, you can be sure to expect big things from us.

On November 3rd, we will be having our first kick-off at The Fuse Box at 6pm; the ladies will gather there on the first Monday of every month.

If you’re on two wheels, or aspire to be, join us for some fun!“ 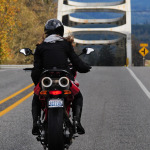 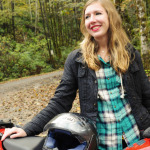 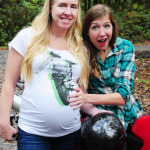 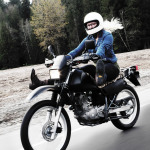 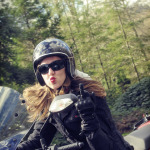 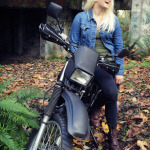 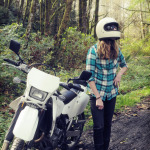 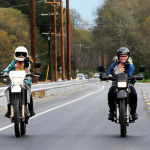 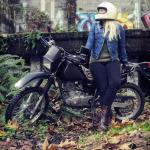 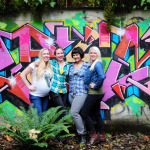