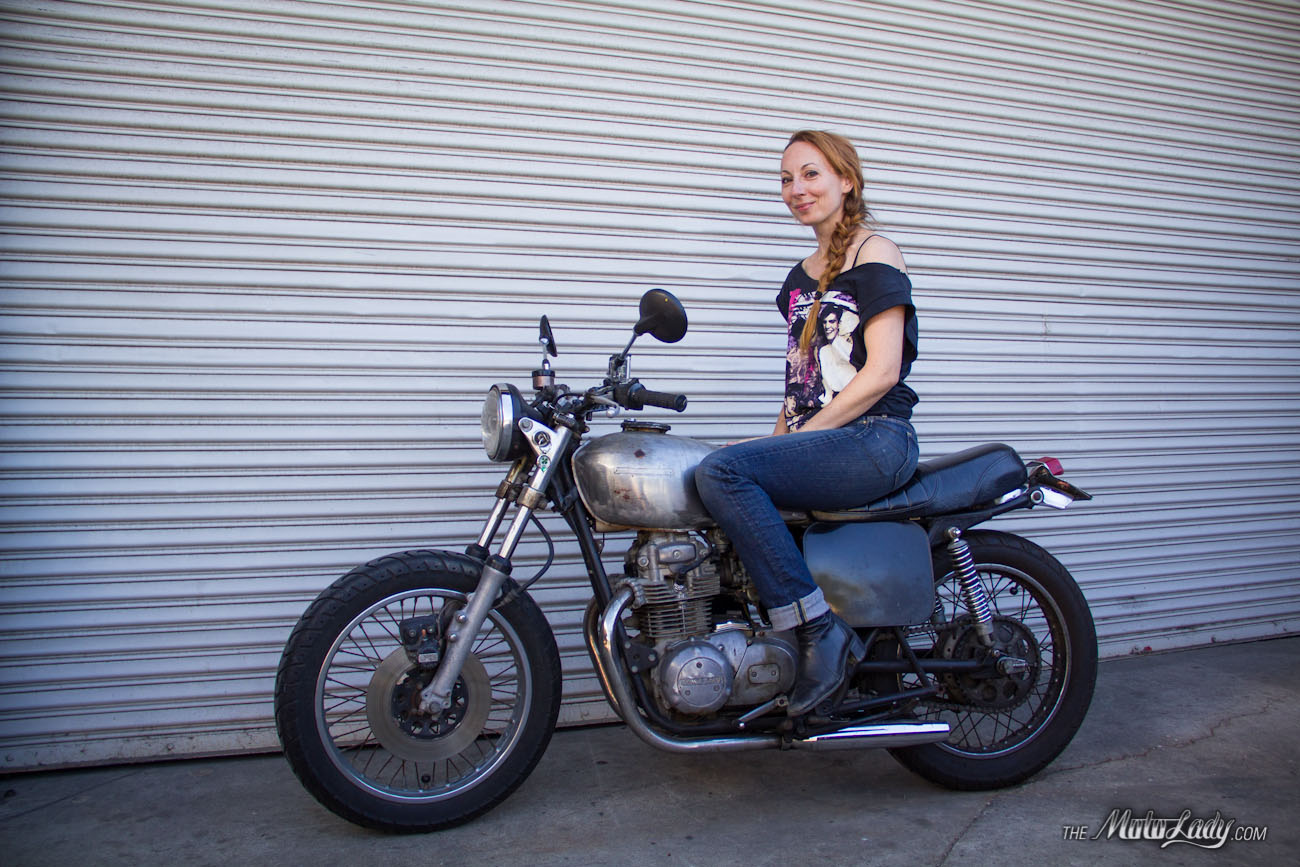 Miss Domries was raised in Canada, then lived in Portland, Los Angeles, and now London. She is a ballerina gone biker.

Just a short six months after the beginning of the MotoLady website, I featured her “Cafe Racer Moto Girl” video. It starts off with quotes like “girls don’t ride motorcycles” followed by footage of Madeleine riding her Kawasaki, a Ducati Monster chromo, and a Suzuki SV650. Now, over three years later, we finally got to kick back and chat. She has been in America for the last month or so, riding around her old stomping grounds up and down the West Coast. On her trip back North to drop off her Kawi, she stopped by the Compound in Ventura to check things out. Before she left, I snapped some photos in front of our roll-up door. 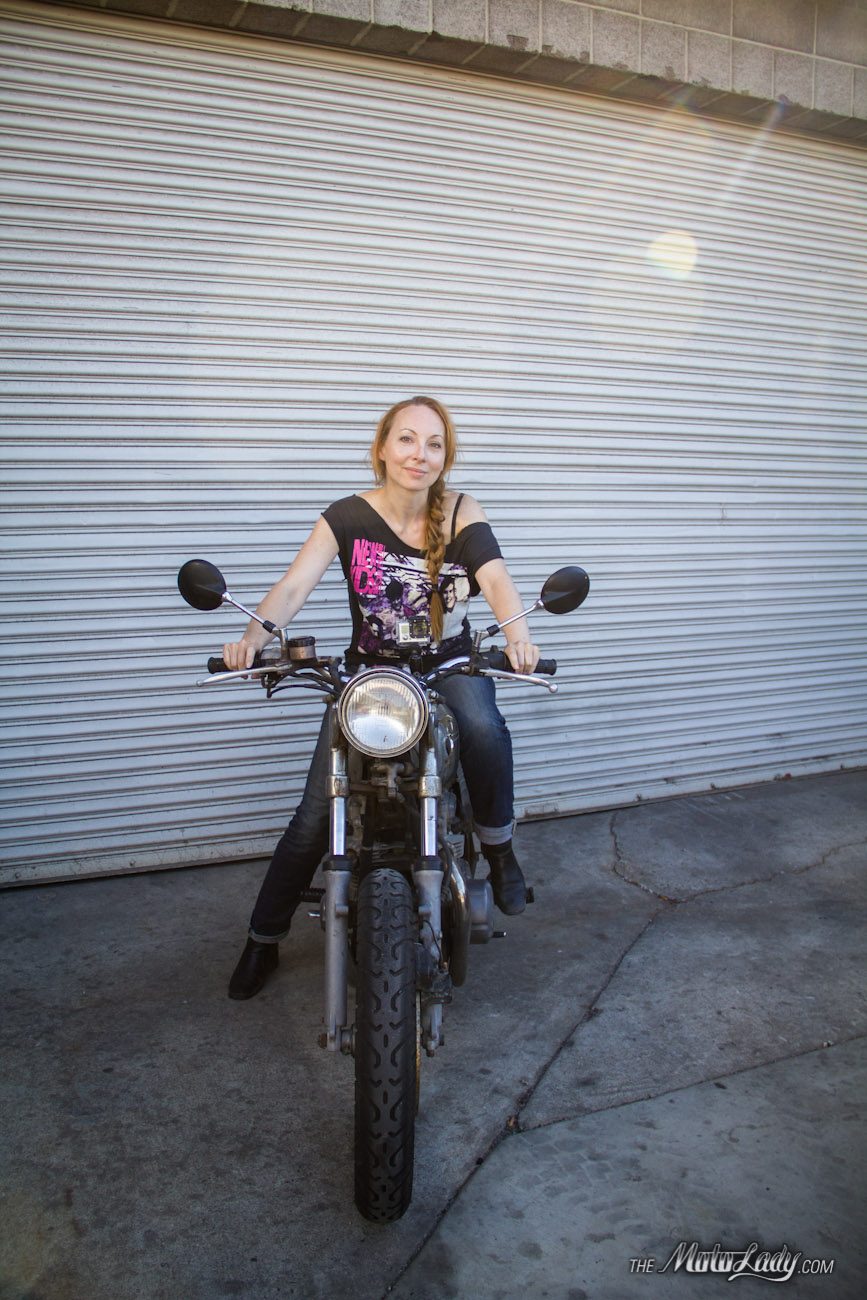 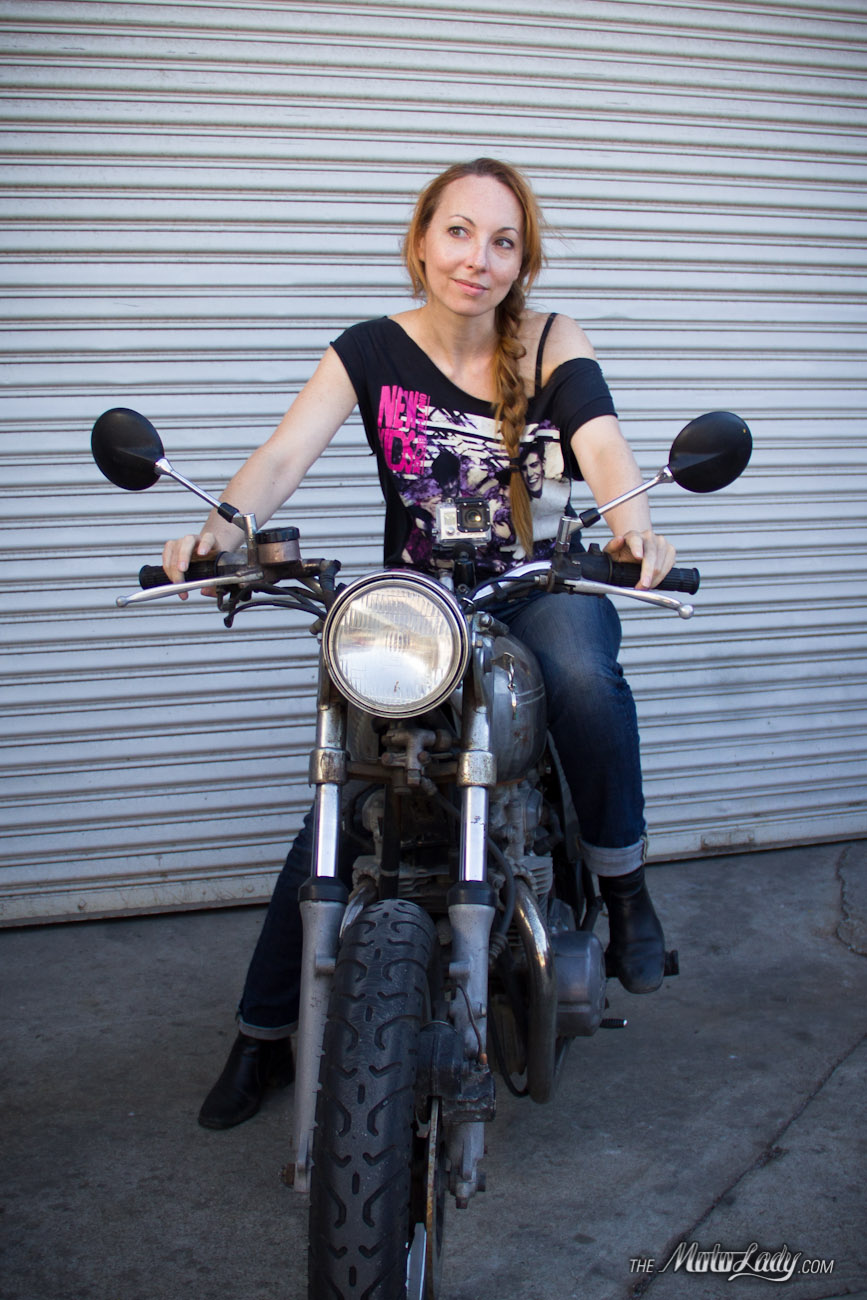 Hanging out with her was awesome- meeting riders from around the world is always an awesome experience. 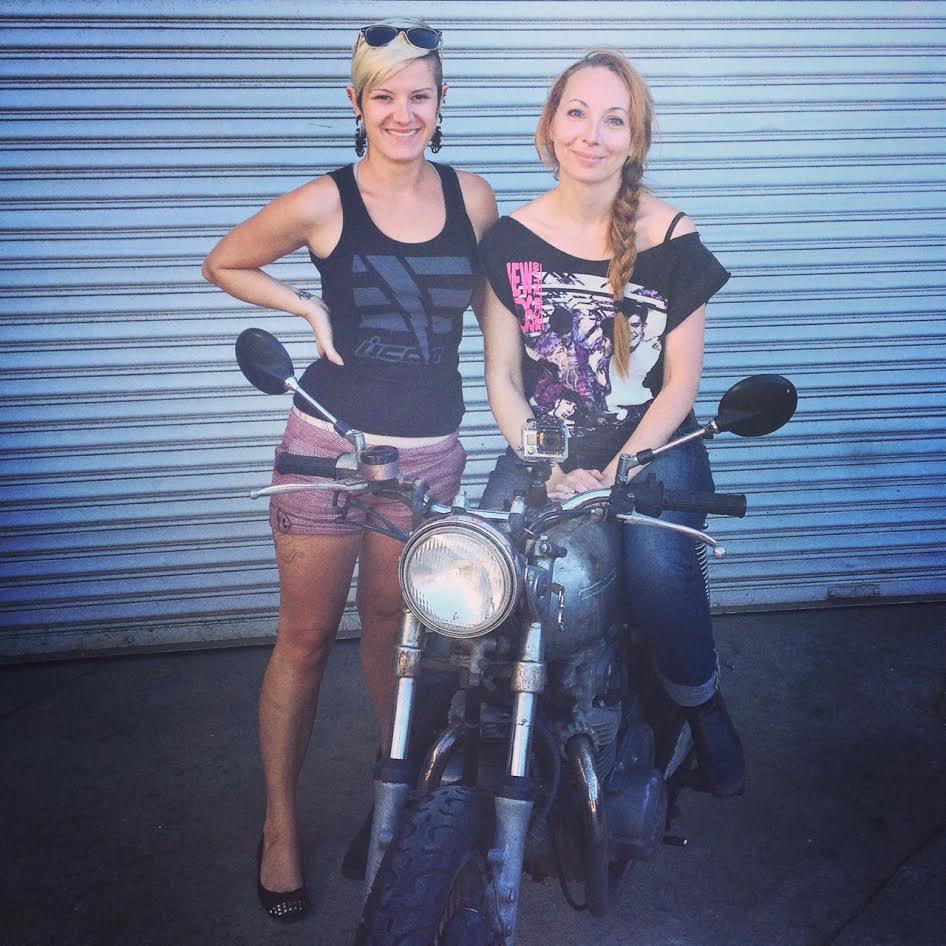 Posted on September 30, 2014 in Blog, MotoLadies by Alicia Mariah Elfving