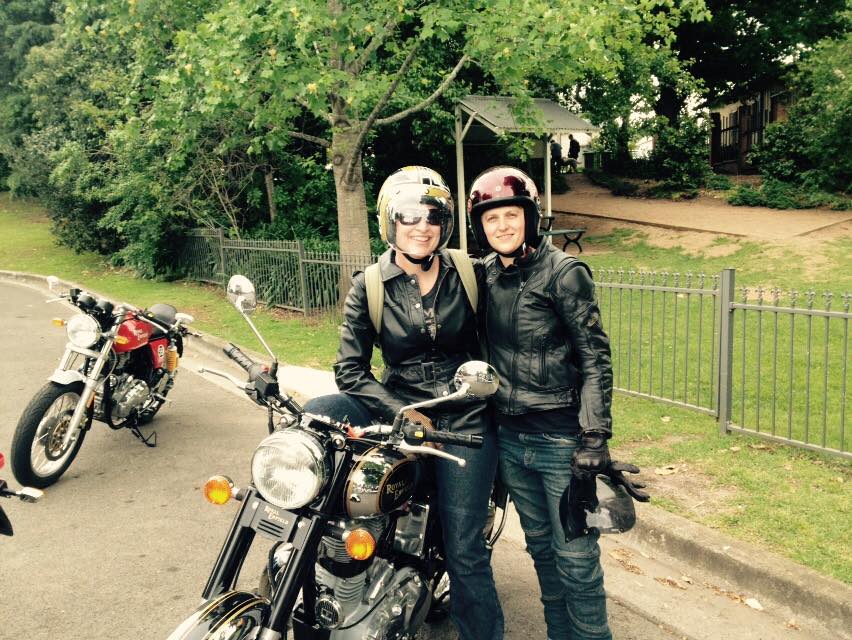 “Taking The Long Road Home” is a guest post from Liz Uhlmann, an Australia native from Canberra living in Sydney. As one could tell from the following gripping tale of her long term but divided love affair with motorcycles, she’s a freelance writer.

Many motorcycle fanatics are very passionate about their bikes, their time on the road, and the adventures therein. This is because, for many of us, we feel that motorcycles really saved us. Saved our lives, our happiness, gave us the freedom we needed. I am one of those people, as is Liz. Read on to find out more about her story about finding “home” over the course of 20 years.

“When I was 18, I failed my driver’s licence test. Three times. I had the learner’s version of White Coat Syndrome. Every time that blue-shirted assessor climbed into the passenger seat, clipboard in hand, pen at the ready, my blood pressure soared, my chest tightened and I became a shell of a human being. Everything I learnt, everything I knew I could do, was out the window quicker than a cat in heat.

On the third occasion, when the assessor had to grab the wheel to stop me turning right from the left lane, I wailed ‘Who cares! I’ll get my bike licence instead!’ Pretty sure I saw a micro-expression of pure terror flash across his face before he asked me to drive – very slowly – back to the depot.

True to my word, I headed along to rider training. Rows of shiny new CD250s in standard-issue grey lined the tarmac. A bunch of nervous kids, hands in pockets, shuffled around out the front on a chilly Canberra morning, waiting for our instructor. When he finally bounded in, all muscle and flourish, he had his clipboard in hand like his colleagues down at the depot. But the experience was light years apart from my learner driver nightmare. The guy’s love of bikes and riding was infectious. We quickly got the idea that this wasn’t just a mode of transport. This was A Way of Life. And we wanted to be a part of it.

With L-Plates in hand, I hit The Trading Post to find myself some wheels. A beat- up old Suzuki 80 Step-through with tyres held together by blacker caught my eye. I handed over some crumpled notes and nervously hopped aboard. The rush of love was instantaneous and intense. But it wasn’t to last. I became gripped with the desire to be able to take off from the lights faster than a woman with a pram full of shopping.

I quickly upgraded to a beat-up Kawasaki Z250c. The seat was held together with gaffer tape and held on by a chain. I once considered changing my handlebars, but it never crossed my mind to worry about that seat. Her idiosyncrasies, her take-me-as-I-am allure, were what made her unique. We got each other. And I loved her for it.

Apart from my best mate Lucy with her two mean 650s, nobody had any idea why I would want to ride. My family just thought it was another rough outcrop in my uncomfortably angular personality. Never quite at home anywhere else, my bike quickly became my buddy, my freedom, my sense of space and opportunity. It was a microclimate of comfort. A respite from the ordinary. And every ride felt like coming home.

A couple of years later, I needed cash for my move to the Big Smoke, where I was fairly confident I would become an Indie Rockstar. I sold my bike to Lucy’s big brother and headed off to Sydney, with a head full of large dreams and a pocket full of small change. Although my band formed a small-but-perfectly-formed following, the big dreams didn’t eventuate. And, one thing leading to another, as it often does, neither did another bike.

Well, not until around 20 years later.

In 2012, I changed my life completely. It was a painful, necessary wrench. The shockwaves of judgement and rejection, though ebbing slightly, are still wafting in today. But amidst the chaos and confusion, the guilt and the sadness, there was a sense of freedom and release.

And that’s when I heard the siren call of the motorcycle calling me home. I looked for a bike that reminded me of my first love, my faithful old Kwakka. It was then I stumbled upon something called ‘café racers’. I was immediately drawn to the look of these classic-yet-custom bikes. Clean lines, sparkling chrome, lowered frames – functional art. There could be no turning back.

A little white Yamaha SR400 caught my eye. Sight unseen, and with money I could ill-afford to part with, I made her mine. For the first week, we didn’t get along. We didn’t understand each other at all. In short, I couldn’t kick start the fiend. I felt I had made a terrible decision committing to this beautiful, yet dysfunctional, mail-order bride.

But I quietly persevered. And one day, we just clicked. Since then we have made a life together, and the world has opened up. I discovered a Facebook group called Sydney Café Racers, whose motto is ‘Take the long road home’. And, as soon as I signed up, something amazing happened. These were people who didn’t notice any weird, angular outcrops in my personality. Or if they did, they were kind enough not to say. They didn’t need me to explain what this bike meant to me, and what it gave to me. They accepted it, and this little black sheep, without question.

The other night I was sitting in the dark at the back of an inner-west pub, at the tail-end of the custom motorcycle show, Throttle Roll. I settled back on my bike jacket, the armour creating a perfect headrest, and watched the brilliant Stories of Bike, followed by the inspirational Why We Ride. Right there – surrounded by country boys, city chicks and guys with trimmed beards and spray-on jeans, all of us taking in the tales of people who understand what it means to ride – I knew I was home.“ 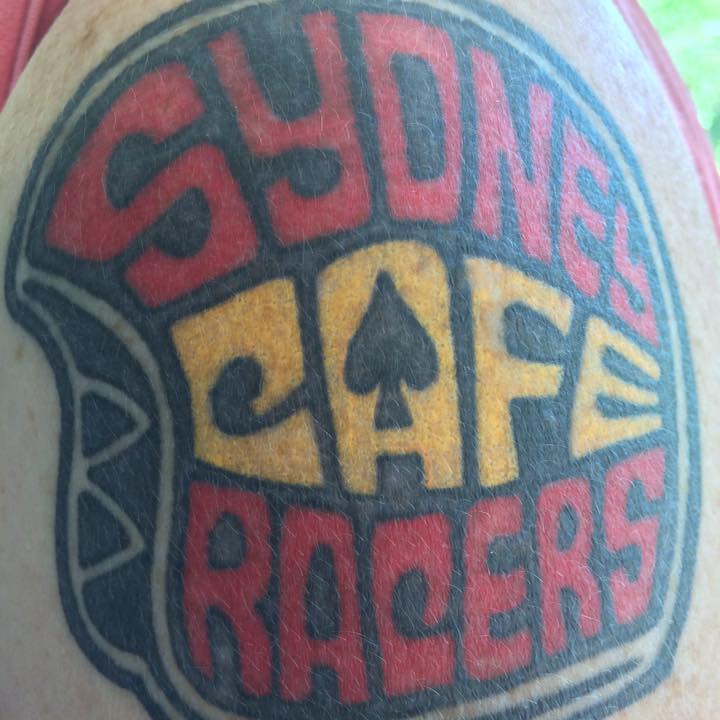 Check out her creative writing biz on the Hey Martha! website.