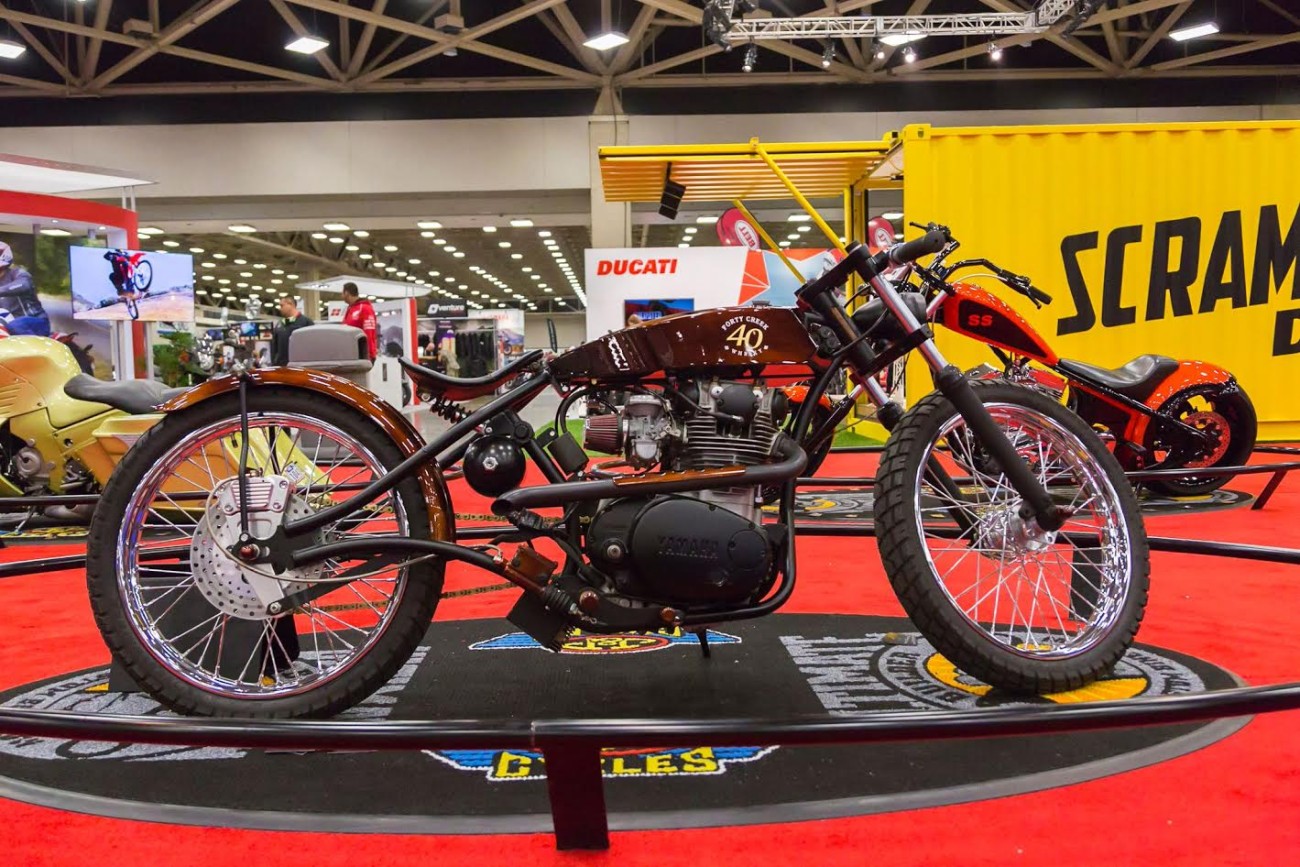 Krystal Hess won the People’s Choice award in the J&P Cycles Ultimate Biker Build Off at the IMS Dallas show.

We’re not positive, but we think Krystal is the only female independent who has won this honor. This is the ‘Forty Creek Whisky’ bike’s third 1st Place Win since October of 2014. The first two were from The Harvest Classic in Luckenbach, TX. Again, the only female to win out of 250 bikes (all built by men). In the past, I featured Krystal’s custom Suzuki Savage named “Spinderella” which featured historical photos of women in motorcycling. 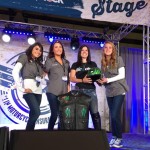 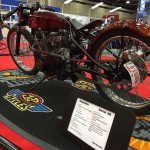 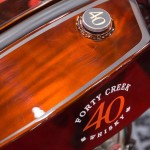 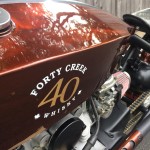 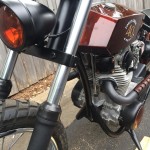 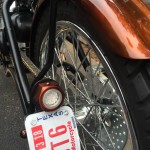 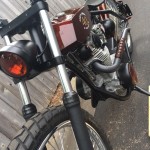 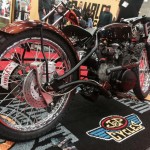 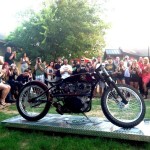 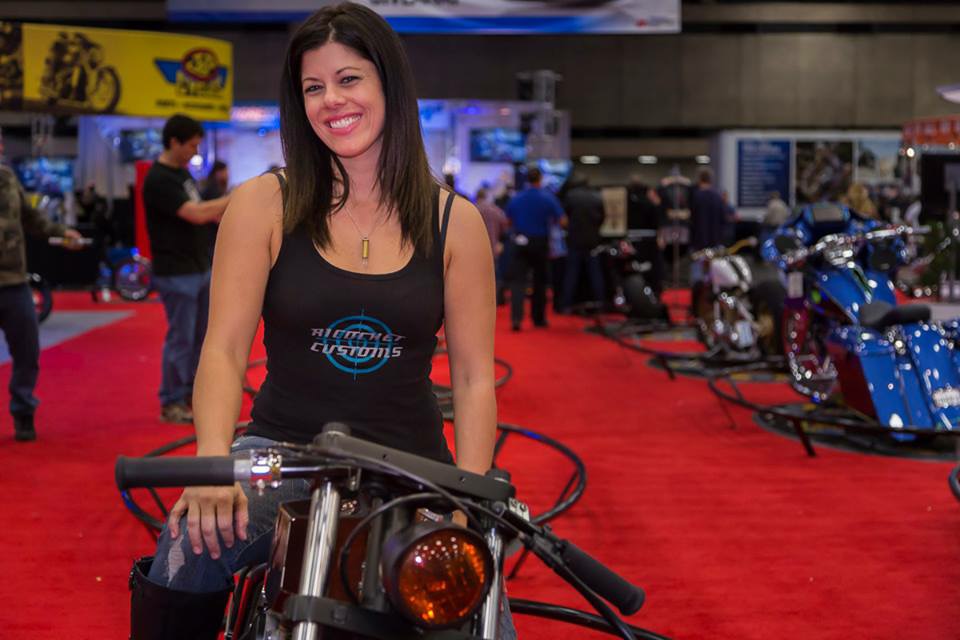 Posted on February 9, 2015 in MotoLadies, Motorcycles by Alicia Mariah Elfving