Why I Choose Not to Drink and Ride 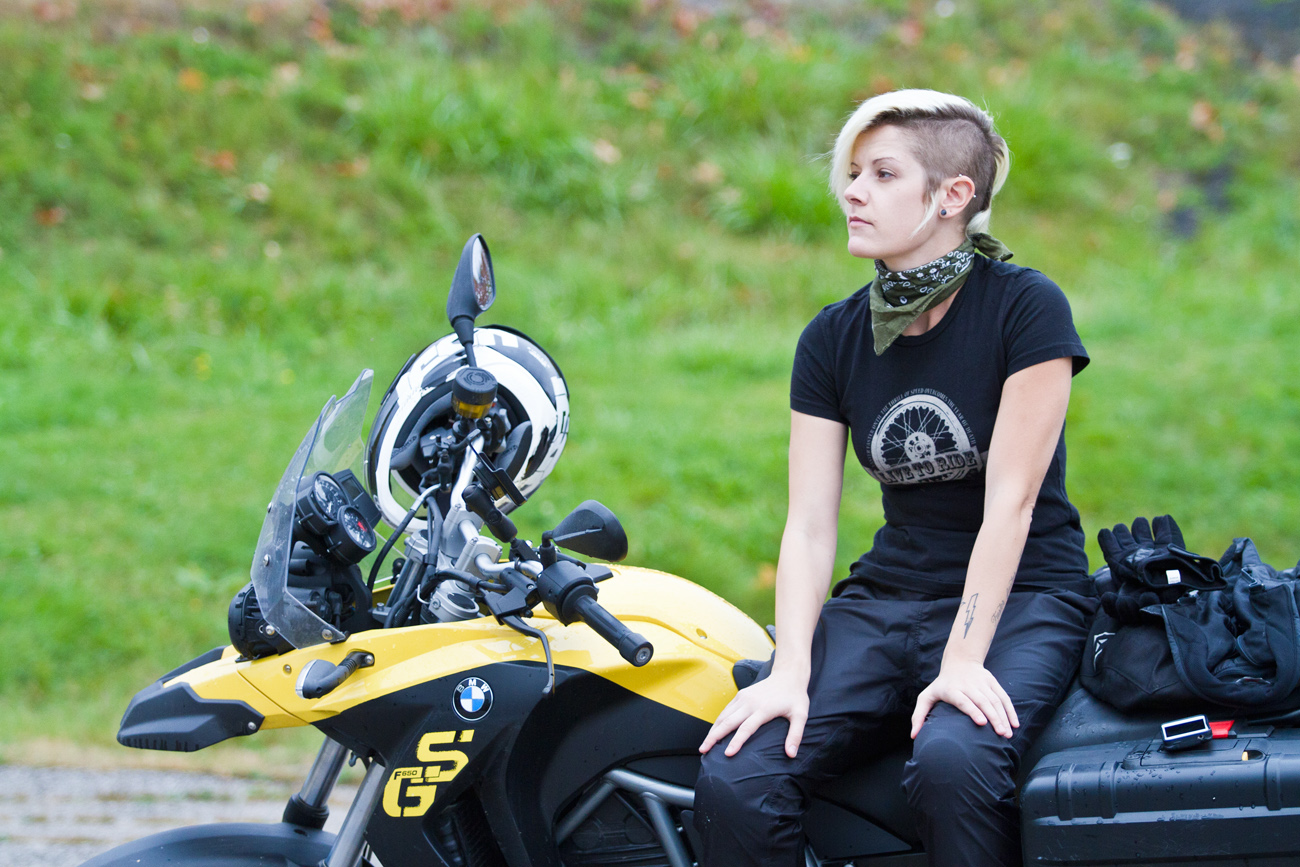 I don’t drink and ride at all. Ever. Here’s why.

This isn’t meant to come off as a preachy post… in fact I only hope it gives you some perspective on my personal choices in the matter. There’s more than one reason involved, and yes I’ve imbibed and hopped on a street motorcycle once, and had a beer and hopped on a dirtbike or minibike as well. None of these situations ended in a hospital visit or terrible disaster… but I flirted with the edge and I know it. Some of it has to do with the fact that I personally really enjoy going fast. I do have a certain “faster faster” Hunter S. Thompson quote tattooed on me and all that. Now, speed is all about perspective, so I’m not saying I’m fast or the fastest or anything like that. But I know myself, and I know that I don’t need any liquid courage fueling my throttle hand. (The term whiskey throttle comes from somewhere, you know.)

I know quite a few people who can have a beer or a cocktail with food and hop on their motorcycle and ride home- and I’m not trying to tell anyone how to ride or what to do. This is all about me. Furthermore, the general best practice for operating any vehicle is to do it without any alcohol in your body at all. So, now that the disclaimers are out of the way…

1. If some jerk-off hits you, the fault could be put on you.

Here’s the number one reason I choose not to drink and ride motorcycles. There’s already a ton of idiots out there on the road, not paying attention, doing too many things at once, or are downright motorcycle haters. You can get yourself into a bad situation. Cruising down the freeway, you’ve had a couple drinks, and some jerkwad decides it’s funny to swerve into you (a lot of us have been here, if you haven’t.. you’re lucky). In a lot of cases, you may be able to avoid any mishaps despite aggressive behavior, but maybe your balance is a little off and you go down. The cops show up, your blood alcohol levels are just over the limit, and despite a hit-and-run, you’re left with a DUI. Or maybe you stopped by your favorite Pub on the way home from work and had a beer with some fries, then someone runs a stop sign and runs over your front tire. The cops show up, you smell like beer, it’s a no-tolerance city, and despite testing at .01 BAC you still get a DUI. F*** all of that. It goes on and on really, in the fact that accident and crash statistics are recorded for the Department of Transportation’s National Highway Traffic Safety Administration (NHTSA) and others. From their website- “Statistics show that the percentage of intoxicated motorcycle riders in fatal crashes is greater than the percentage of intoxicated drivers on our roads. This is why NHTSA urges all motorcycle riders to always ride smart and sober.” Statistics can be used to show a lot of things, and in this case, they’re being used to make us look bad. “Alcohol related crashes” could actually be any situation in which someone injested any form or amount of booze- and as in the aformentioned scenarios, the person who has had a drink may have absolutely no fault in the matter. Insurance companies don’t care, and neither do state legislatures when they’re looking for people to blame for accidents. The fact of the matter is that we motorcycle riders are more likely to be involved in an accident, therefore we’re more likely to be shown as having alcohol related accidents just by frequency (because people in America tend to have a drink and operate vehicles more often than a lot of other countries).

2. I already have way too much fun on a motorcycle.

Booze is generally used to enhance experiences, loosen up, and have a little fun. I need none of that assistance when I’m on a motorcycle.

3. One beer today doesn’t act the same as one tomorrow.

I don’t know about you, but sometimes the same drink on different days will have a stronger effect than on others. I don’t mean before or after food, on a particularly busy and exhausting day or lazy one. I mean my body sometimes decides to get a wicked buzz off of practically no booze at all, and others I’ll have two drinks and be like “was there liquor in that?” In other words, my metabolism is not reliable for gauging what kind of effect alcohol will have on me. So it’s better safe than sorry.

I’m a worrier and a planner. If I can avoid issues and problems ahead of time, I feel better about my decisions. I still love adventure and throwing caution to the wind, but I feel like if I set things up for doing so, I feel a lot more relaxed about it. Same goes for drinking and riding- sometimes it sucks not to have a beer with a burger at lunch on a ride. But in the end, I know I’ll feel a lot more secure about my ride… which makes it a lot more pleasant in the long run.

Oh, and since you’re probably curious about my earlier comment admitting a buzzed blast on bike… here’s the lowdown. It was about two months after I got my first bike, a 1980 Yamaha XJ Maxim 650. My buddy Tim and I were out riding, and we decided to meet up with my [now ex] Husband for some food on the way home after he was off work. We went to Slowbar, one of my favorite Portland food and drink spots, which has amaaazing burgers and cheap booze. Not thinking, I ordered what I usually did, which is a mixed drink in a pint glass called the White Limes. Half way through, I realized I felt a little tingle coming on, I had my bike, and oh my god I needed to stop drinking. So, I passed on the rest of the drink, let my food settle for a while, then rode home. It was only four miles, and I only had half a drink, but I had way too much fun. I caught myself trying to get air on this giant cruiser over the speed bumps near my house. Yeah, obviously not a great plan. Anyway, I got home and vowed to never drink and ride again.

Some folks have told me I’m a stick in the mud, or seem to look guilty as they drink their beer during food break on a ride… just don’t. On both fronts. It’s my own thing, and your choices are yours.