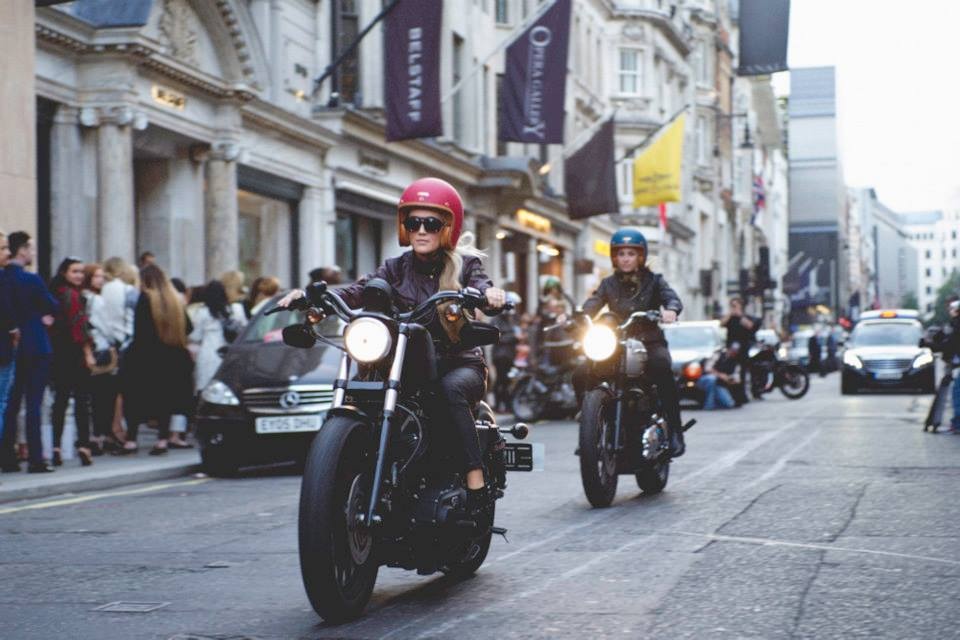 Sahra Lewis and some of her lady friends were asked to attend the 2015 Spring/Summer Belstaff collection launch at the store on Bond Street in London to create some buzz, give the event atmosphere, and show off that women can ride too.

Women motorcyclists are growing more and more popular to use in advertising, whether it be organic style attendance to events, or riding bikes in print ads. Belstaff (website) cashed in on the growing trend, supporting a new kind of rider.

Bond Street is a very luxurious area of London, and Belstaff is considered a luxury brand. Lately they’ve been trying to get into higher-end motorcycle wear for riders though their products lack protective qualities. Maybe that’s coming up for them soon, but at the moment they just look super good. 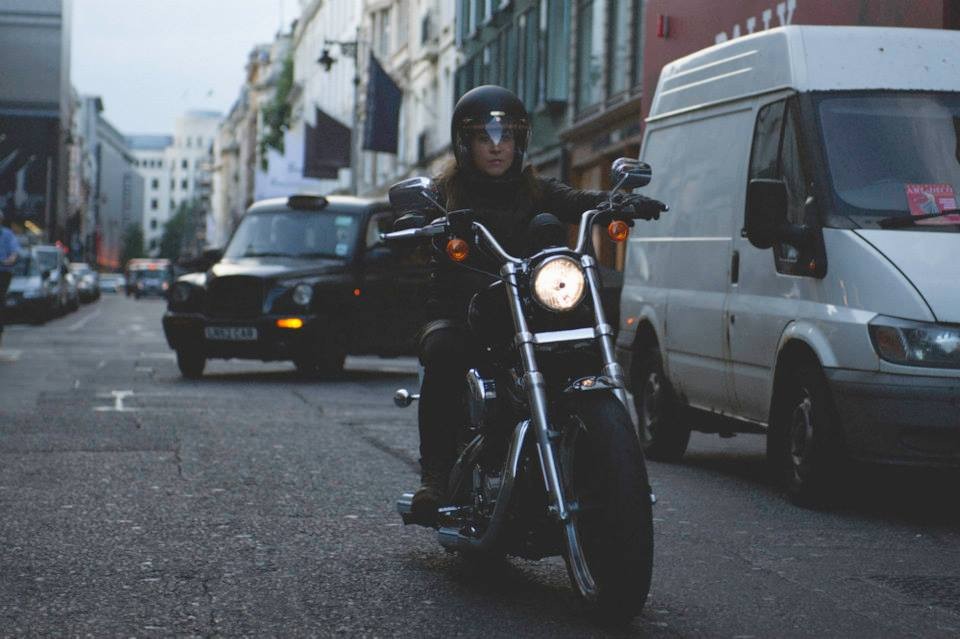 I can get behind almost any company that wants real women who really ride to represent their brand, though! Below is Amandine on her Suzuki Van Van, photographed by Sahra Lewis. 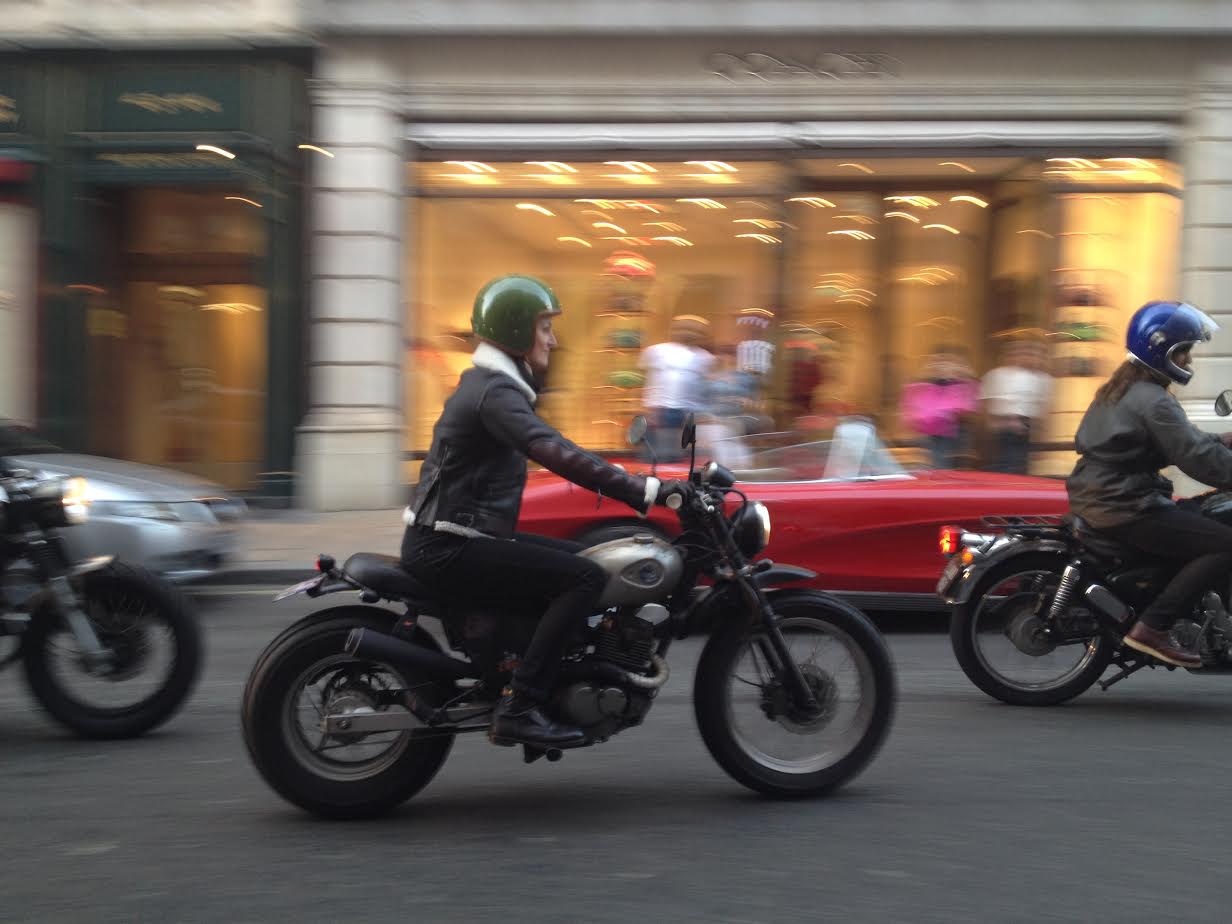 And below, the whole group other than Sahra, Edie, Fiona, Lila, Sandra, and Amandine. 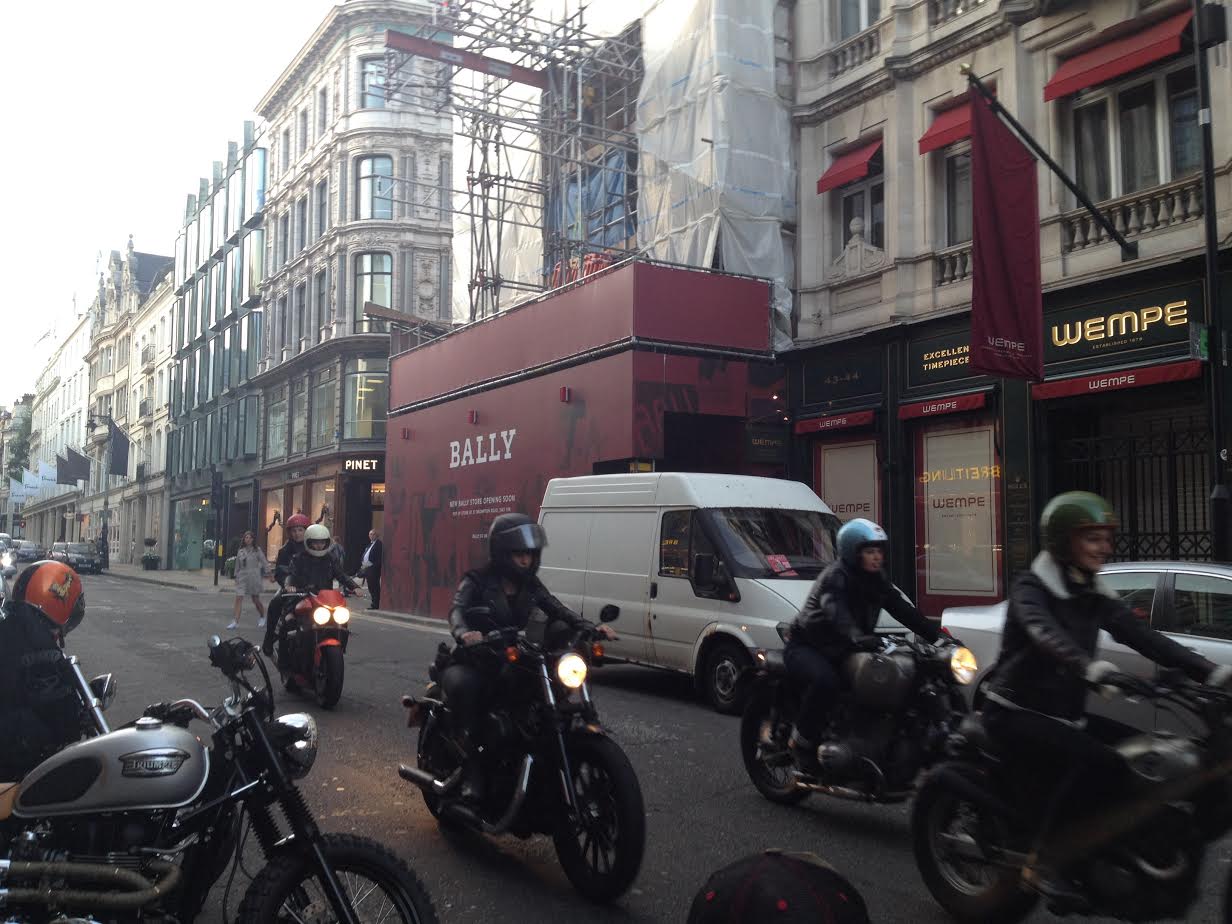 Posted on September 25, 2014 in Events, MotoLadies by Alicia Mariah Elfving