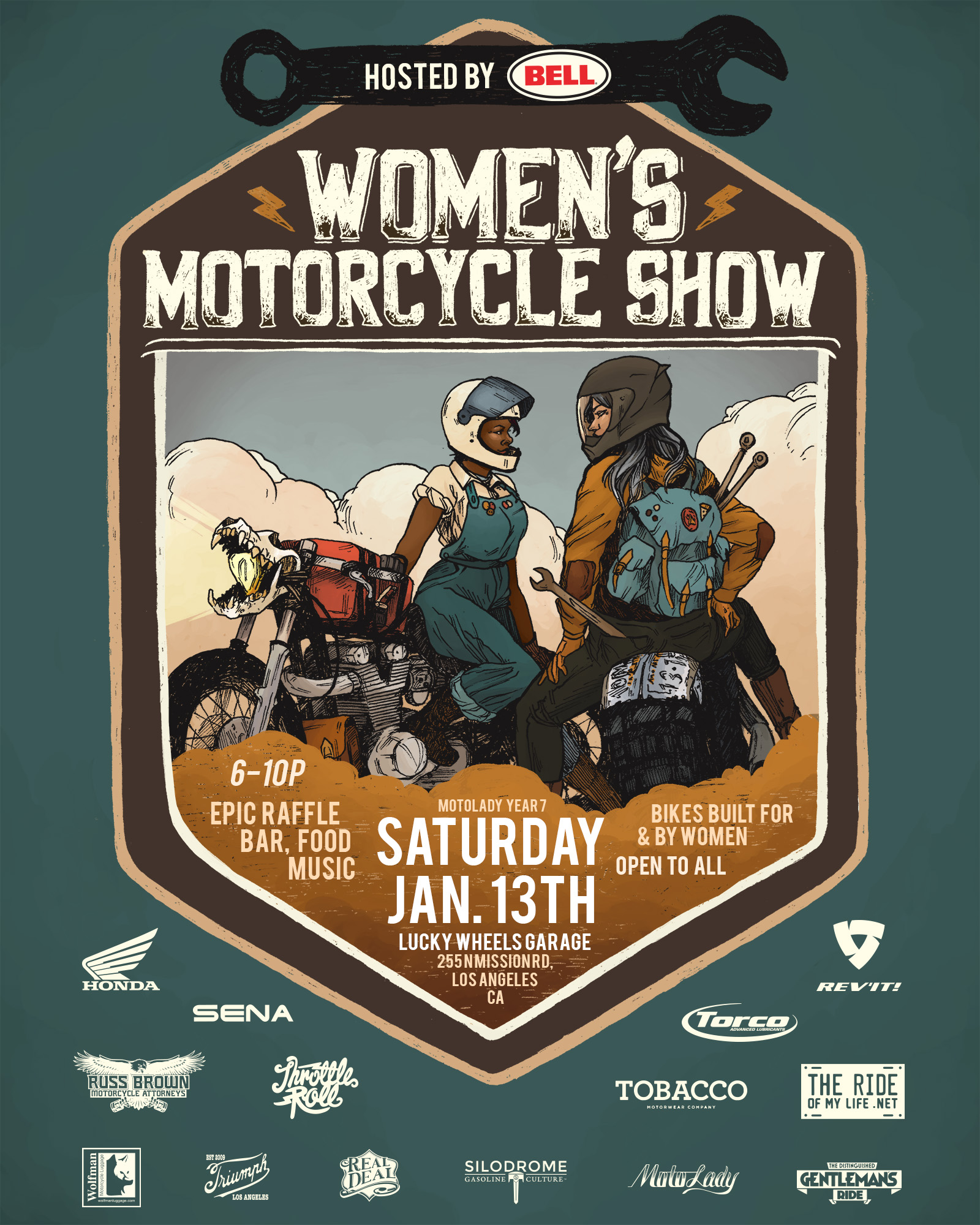 The time has come! The third annual Women’s Motorcycle Show has been announced! Join us at Lucky Wheels Garage, 255 N Mission Rd., Los Angeles, CA 90033 (google map) for one hell of a party.

Huge thanks to headline sponsor Bell Powersports for helping make this an awesome event. We’re going to have custom bikes, live music, food, booze, art, an amazing raffle, and a special Real Deal booth with Jessi Combs and Theresa Contreras, plus other shenanigans!

MotoLady was started seven years ago as of January 12th. Each year I throw a party in January celebrating MotoLady growing another year older! Year five was special, introducing the Women’s Motorcycle Show and phasing out the official anniversary party. Well, it’s still an anniversary party, but now it’s focused on bad ass babes and their bikes! If you’d like to see some motorcycles from the last couple years, scroll down to the related links.

Some of the women’s motorcycles on display will include the GT-MotoLady MV Agusta Brutale 800 charity bike, Jessi Combs and Theresa Contreras’ BMW rNineT, and Krystal Hess / Motorcycle Missions’ Indian Scout… and so many others!

Raffle includes (will continue to be updated)

Visit the event page on facebook for more info and to RSVP here!