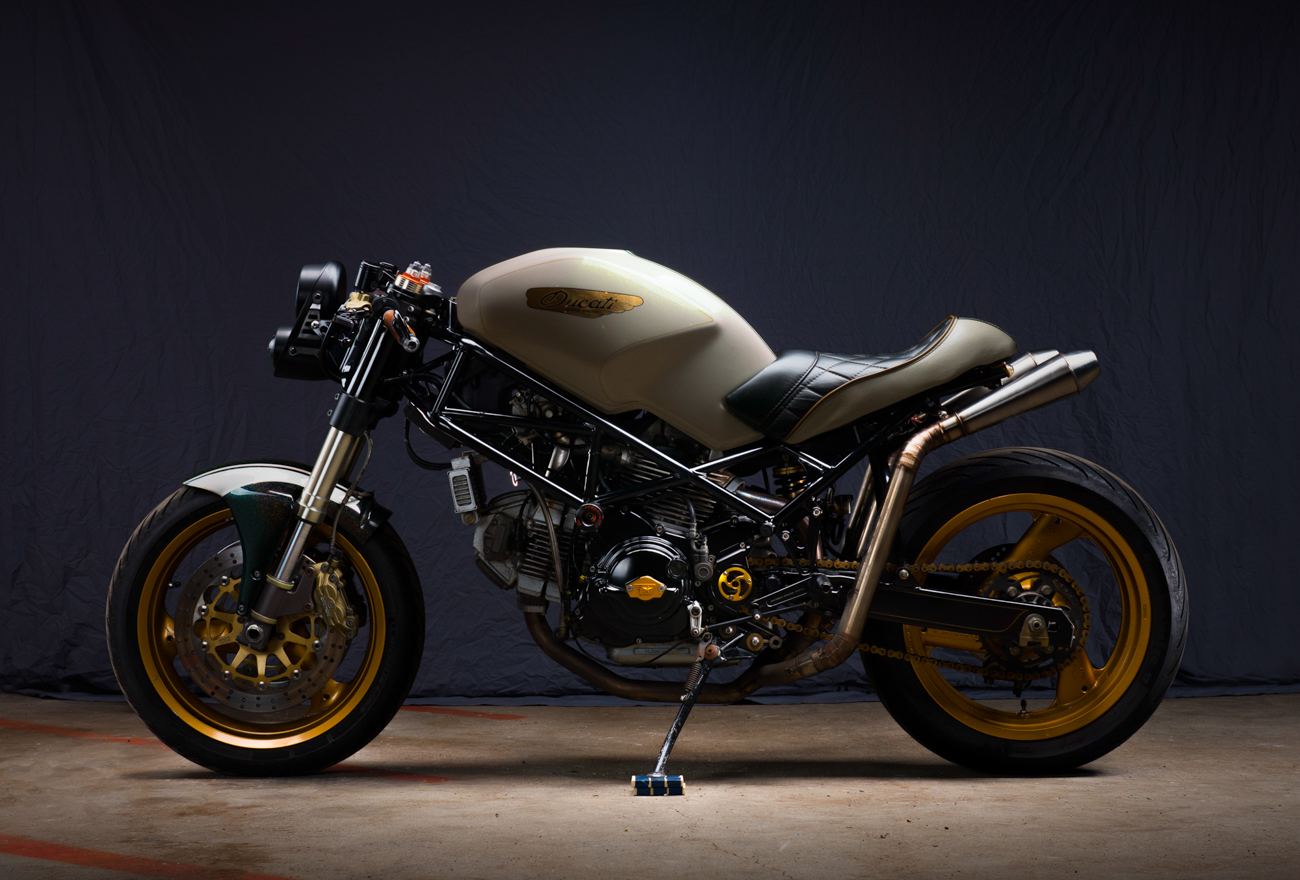 Have you ever had glamour shots taken of your motorcycle? Well let me tell ya, the only thing that can make your bike look as good as your eyes see it is a professional photographer. So when I put together the Women’s Motorcycle Show (Jan 14, 2017 at Lucky Wheels Garage in Los Angeles) I knew I had to get a great photographer to do studio style moto portraits of all the show bikes. Jimmy Ban stepped up to the challenge!

Take a tour through the beautiful custom motorcycles built for and by women at the second annual Women’s Motorcycle Show. We started with Pandora (above) because, well, I’m a proud mama. My 1998 Ducati Monster 750 with 748/916 front end, custom paint job, chopped tail, and more. 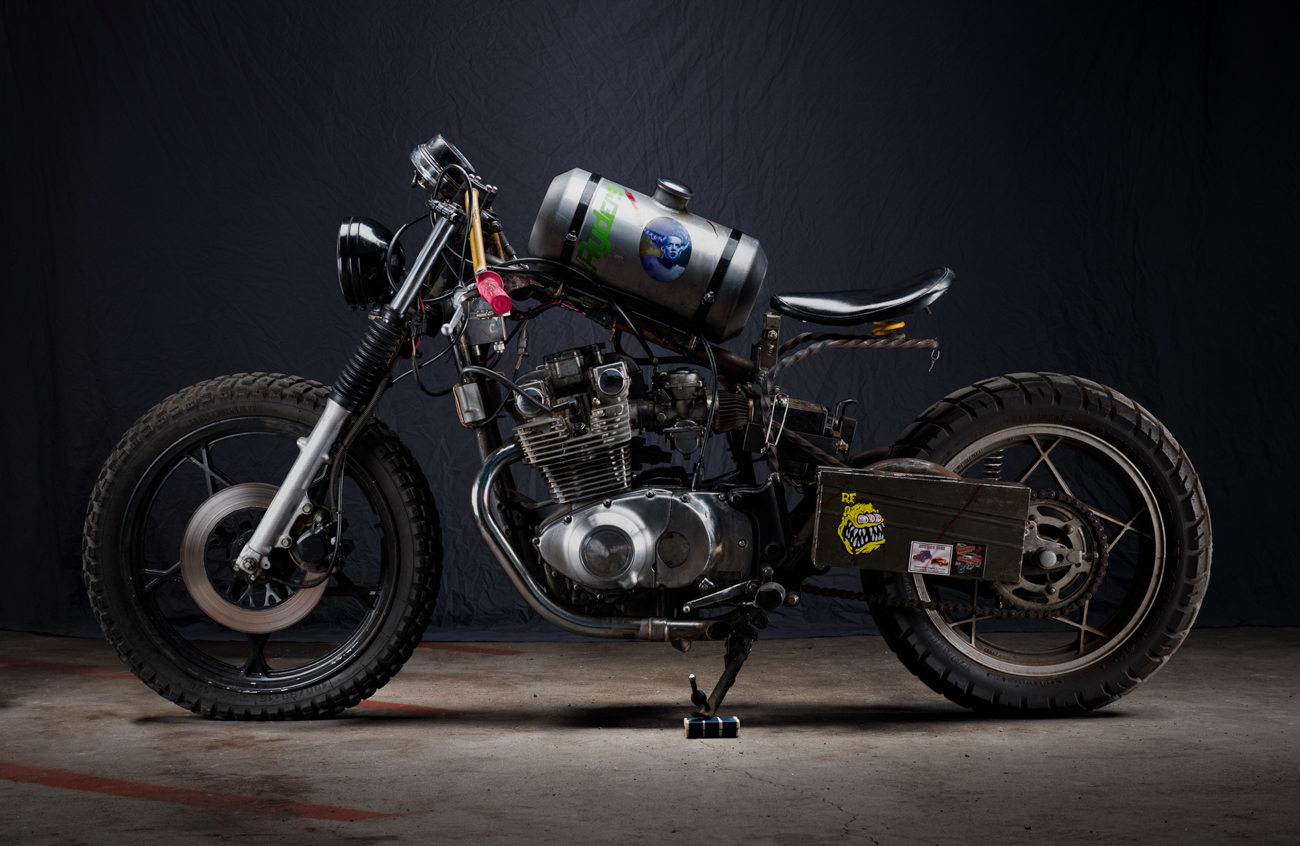 Next up we have Amy Mulligan’s “Mrs. Frankenstein” rat bike. Built out of parts in her yard- it was born from a Suzuki GS450, and from the graves of Suzuki, Kawasaki, Yamaha, BSA, and Chevys, was brought back to life. Amy did all the work for herself, sporting “Built by a Girl” written on the engine cover. Frankie and Amy took home the People’s Choice trophy! 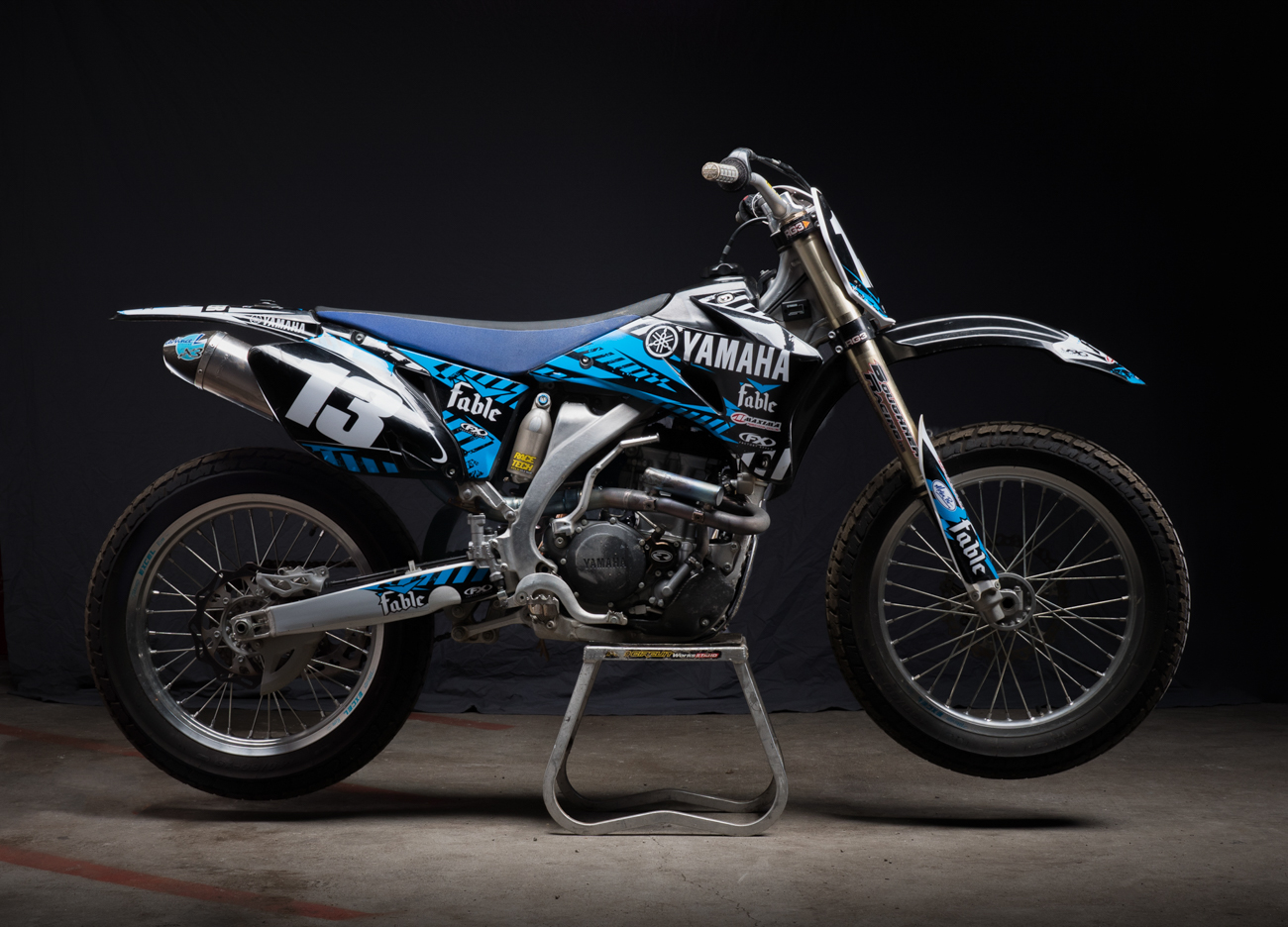 MotoAmerica racer Melissa Paris brought her flattrack race bike; a 2009 Yamaha YZ-250F. As for mods- “I put a 290 kit in it… there’s not too much else to speak of… other than it’s survived me cartwheeling it a handful of times.” 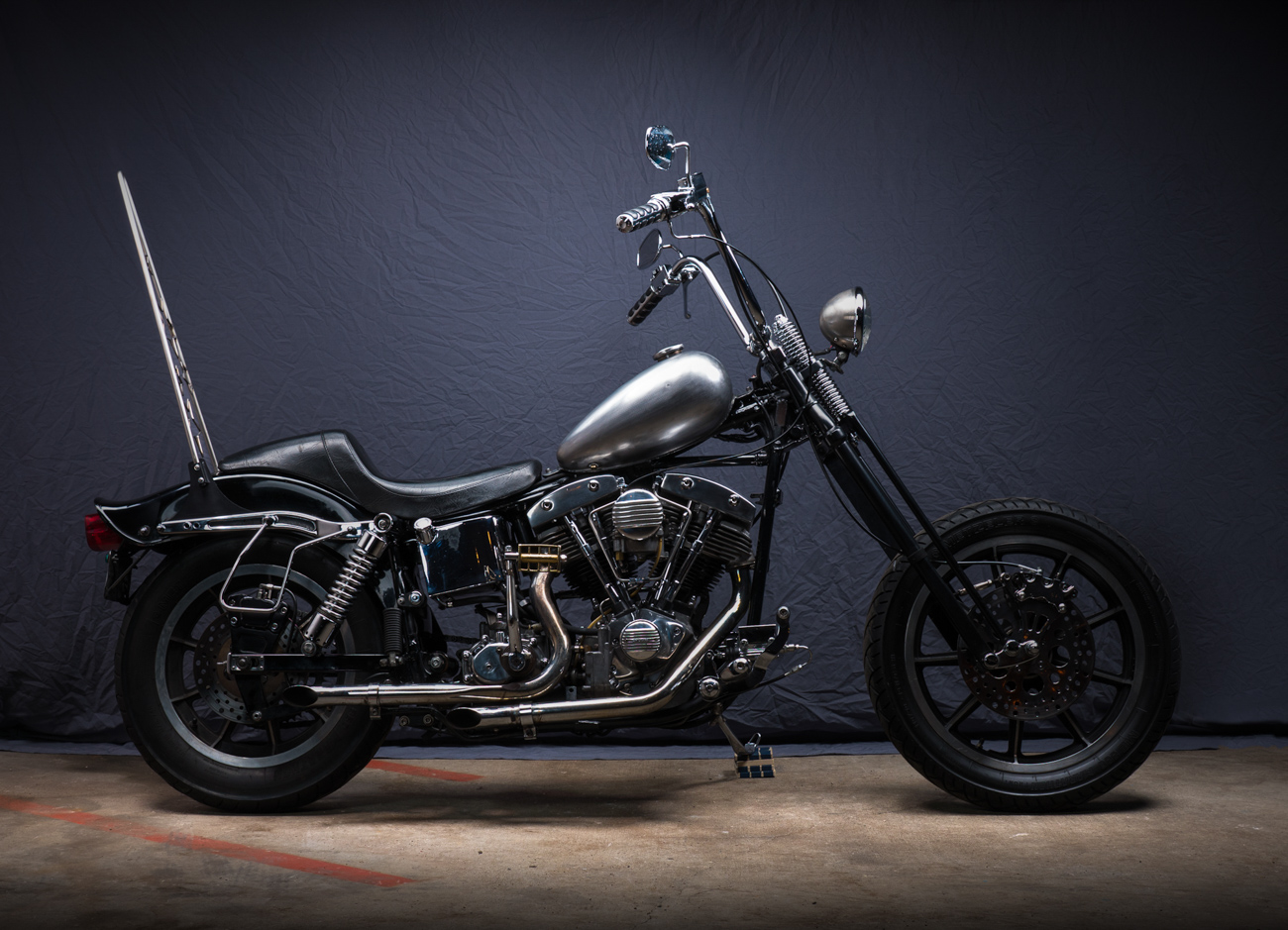 Some of the bikes in the show were works in progress (but honestly, are they ever done?), like Maia Franz’s 1979 Shovelhead build. Springer front end, custom sissy bar from Ria Meister (aka Ria the Welder), king/queen seat and paint job up next. 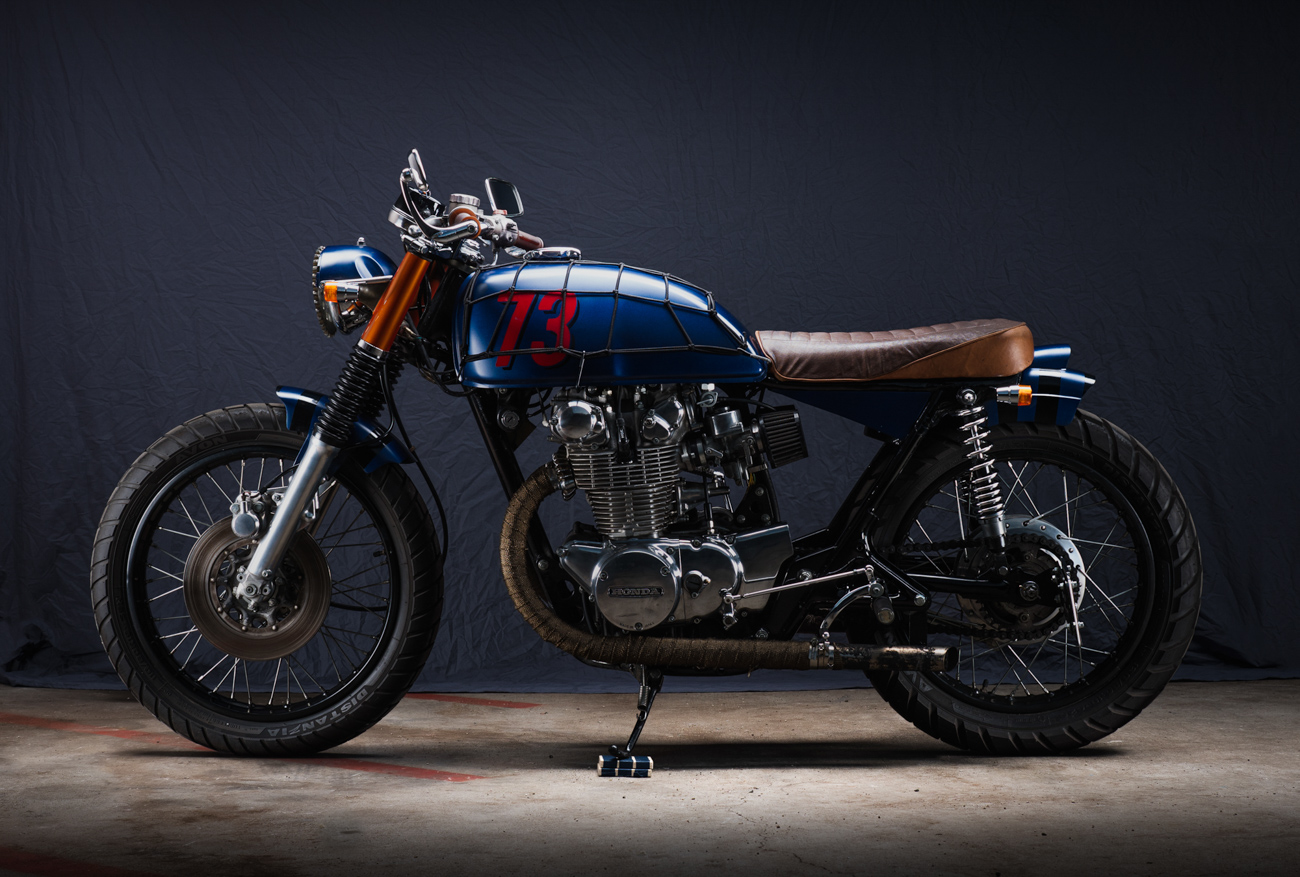 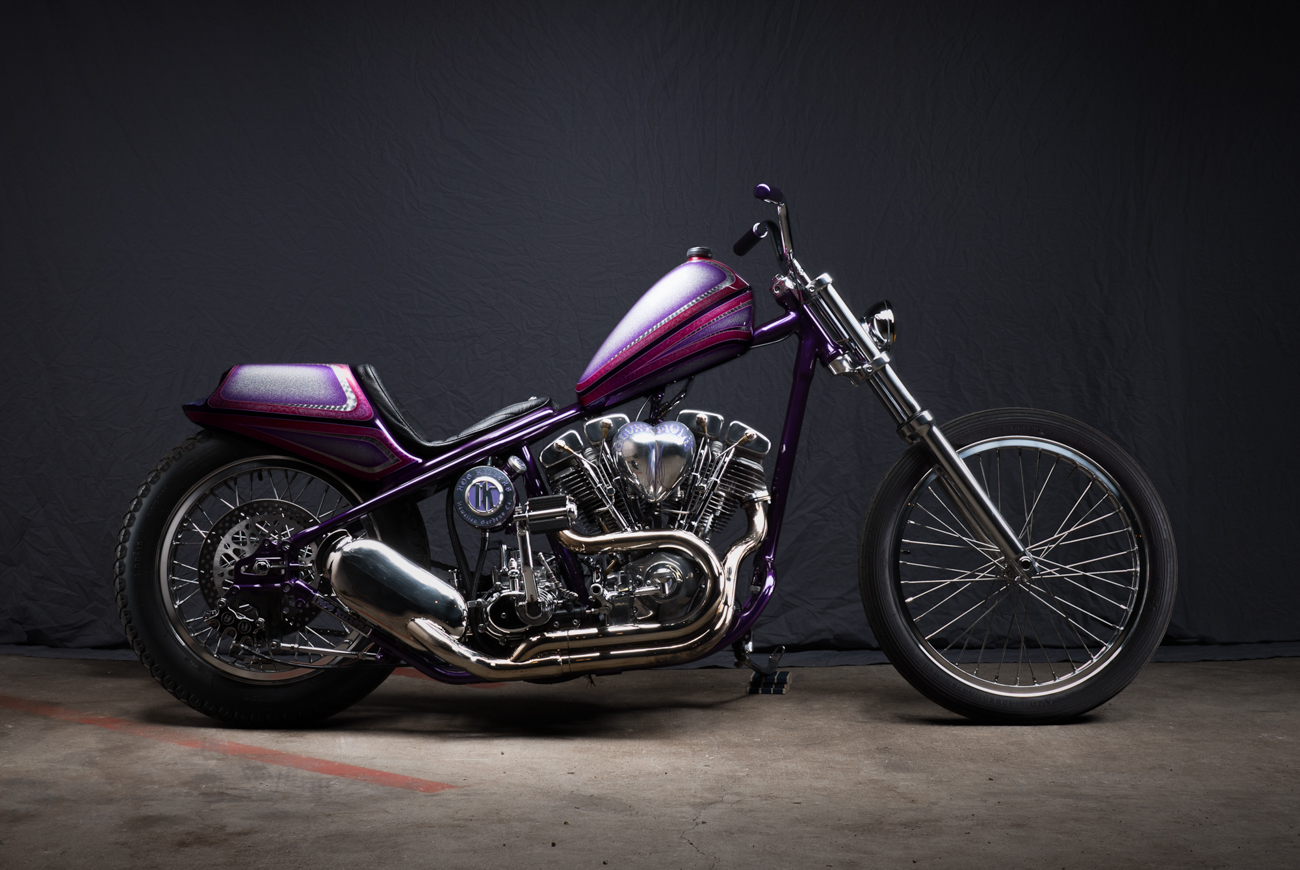 This beauty has been featured on the motolady website a few times through the years–Yuriko Takeda’s 1976 Harley Davidson Shovelhead chopper built by Hog Killers Inc. Most everything on this bike is custom, so I’ll just let it speak for itself. 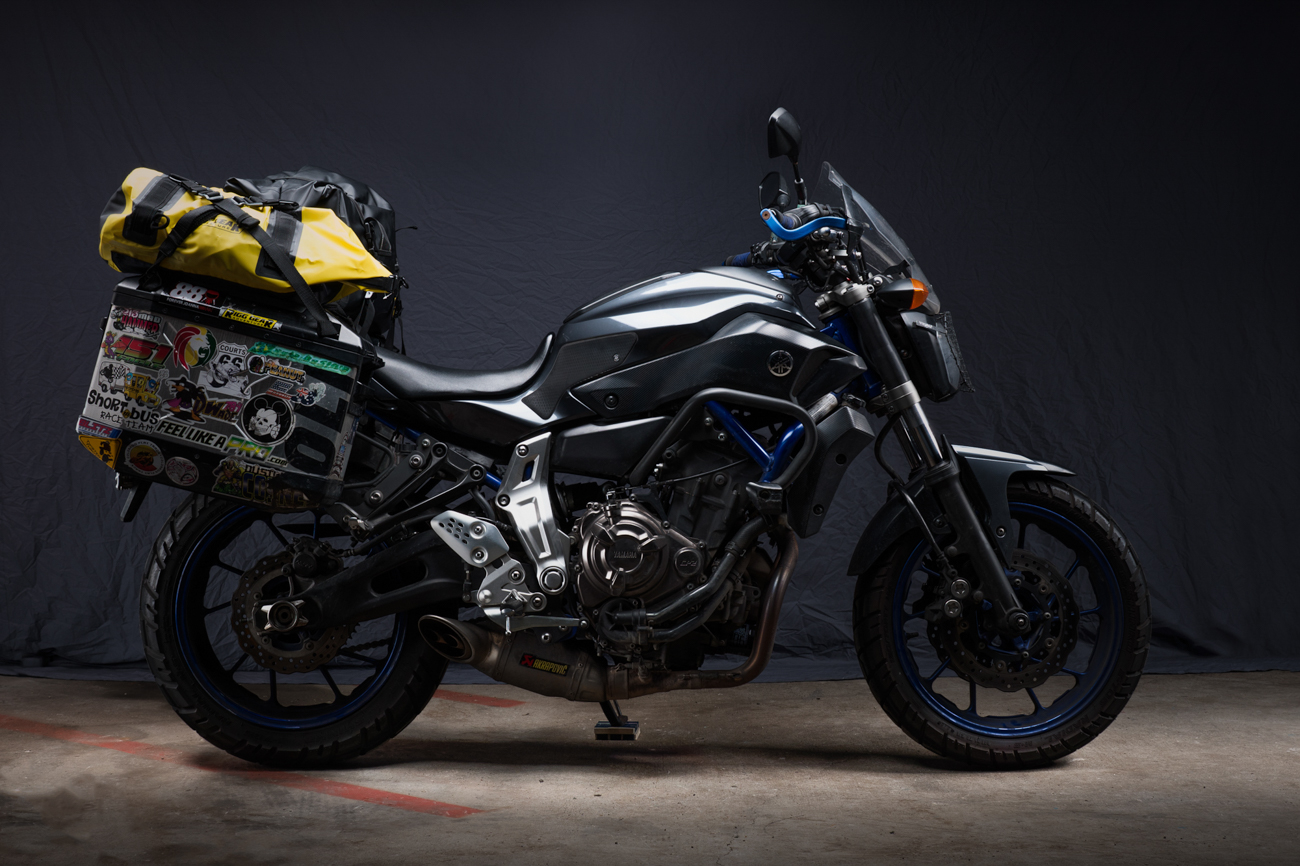 Tiffani Burkett had just returned to California from a nine month road trip around America… perfect timing to bring her adventure-modified Yamaha FZ-07 that hit 49 of 50 states! Read about her adventures on Motorcyclist Online. 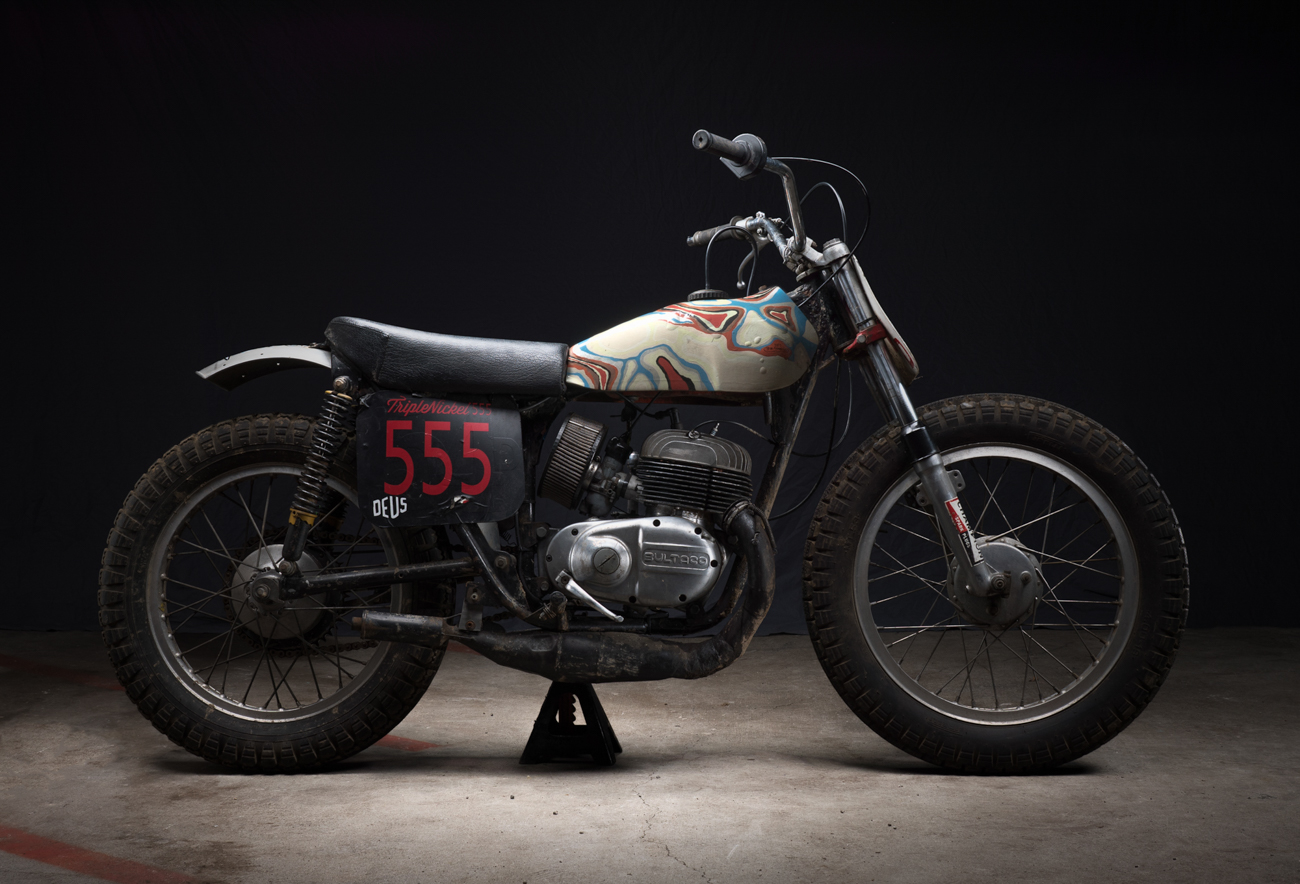 The newly rebuilt Triple Nickel 555 Bultaco dirt racer from Stacie B. London of ESMB. A 1970 Bultaco Sherpa S 250 with an engine rebuild after Stacie blew it up at Selma Raceway. 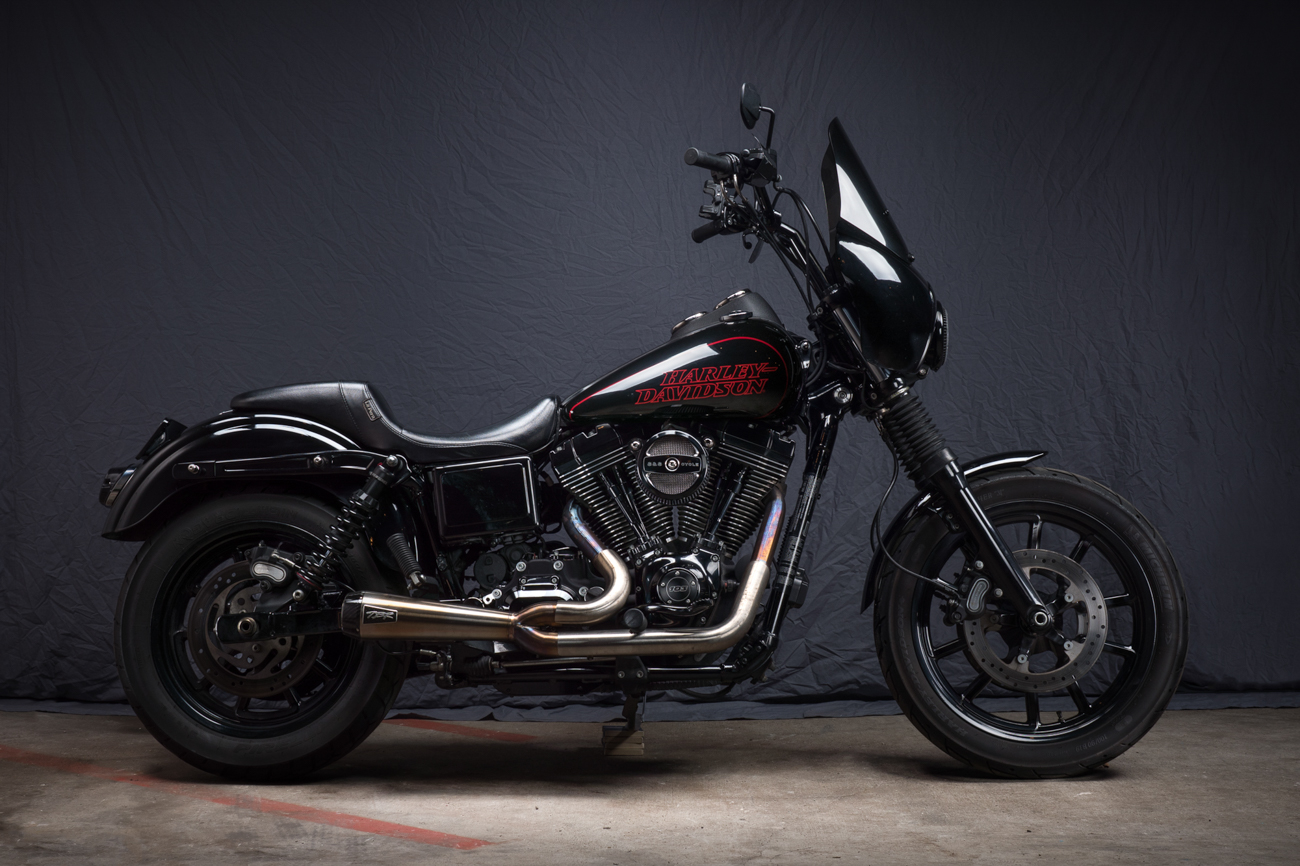 Oklahoma based road warrior Staci Wilt’s super modified 2015 Harley-Davidson Dyna LowRider. “The bike isn’t very stock anymore. It’s set up to be a purpose built, performance-driven bike to handle the twisties but also be comfy on long hauls. Two brothers racing exhaust. Progressive suspension. S&S performance air cleaner. It would be easier to tel you what’s stock on it.” 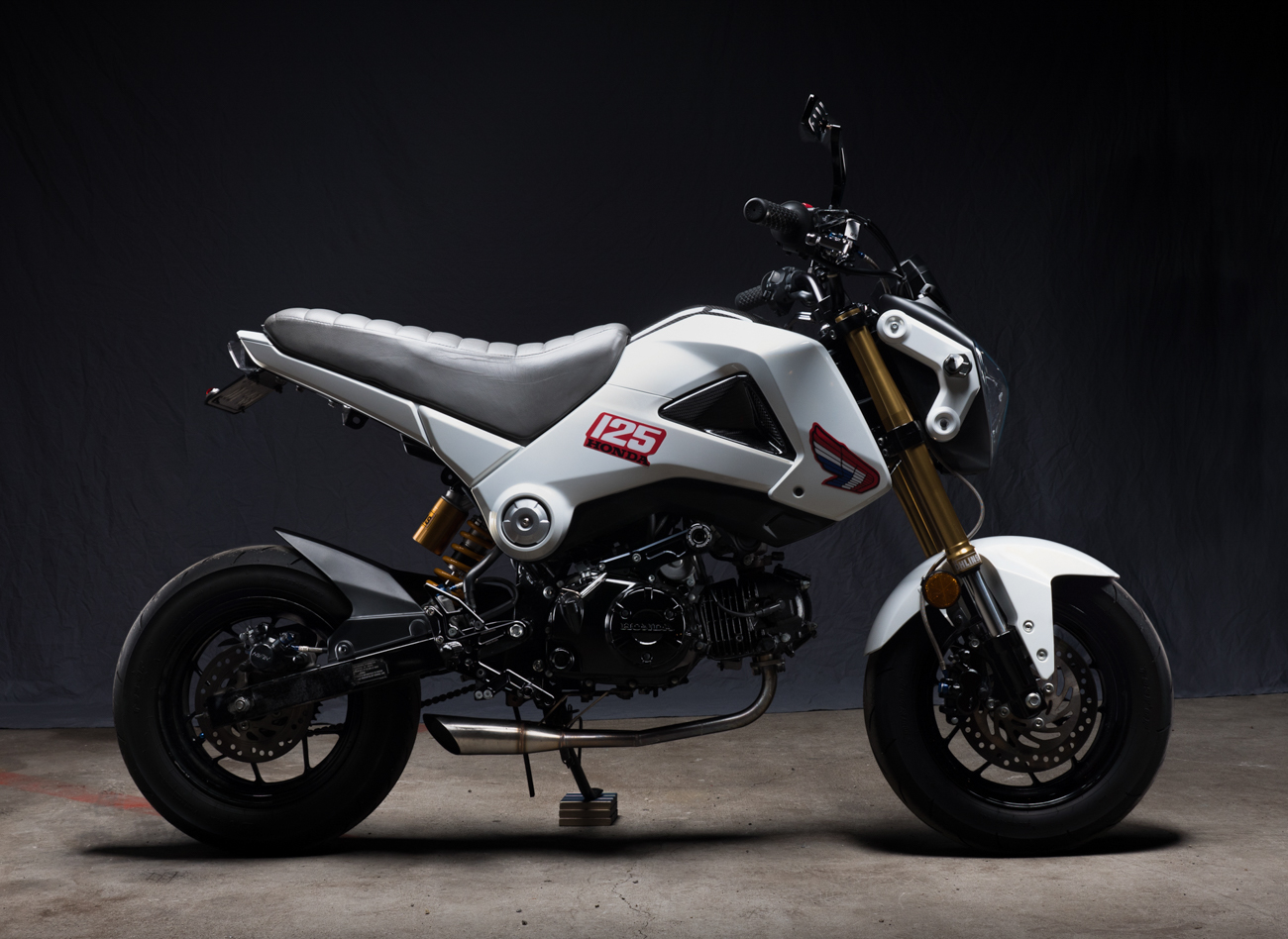 Christina Orris’ 2014 Honda Grom isn’t as heavily modified as some of the other show bikes, but she races the hell out of it! “Grompocalypse” is equipped with Ohlins suspension, MNNTHBX exhaust, a marine horn that’s 139 decibels, and custom license place “8HP LOL”. 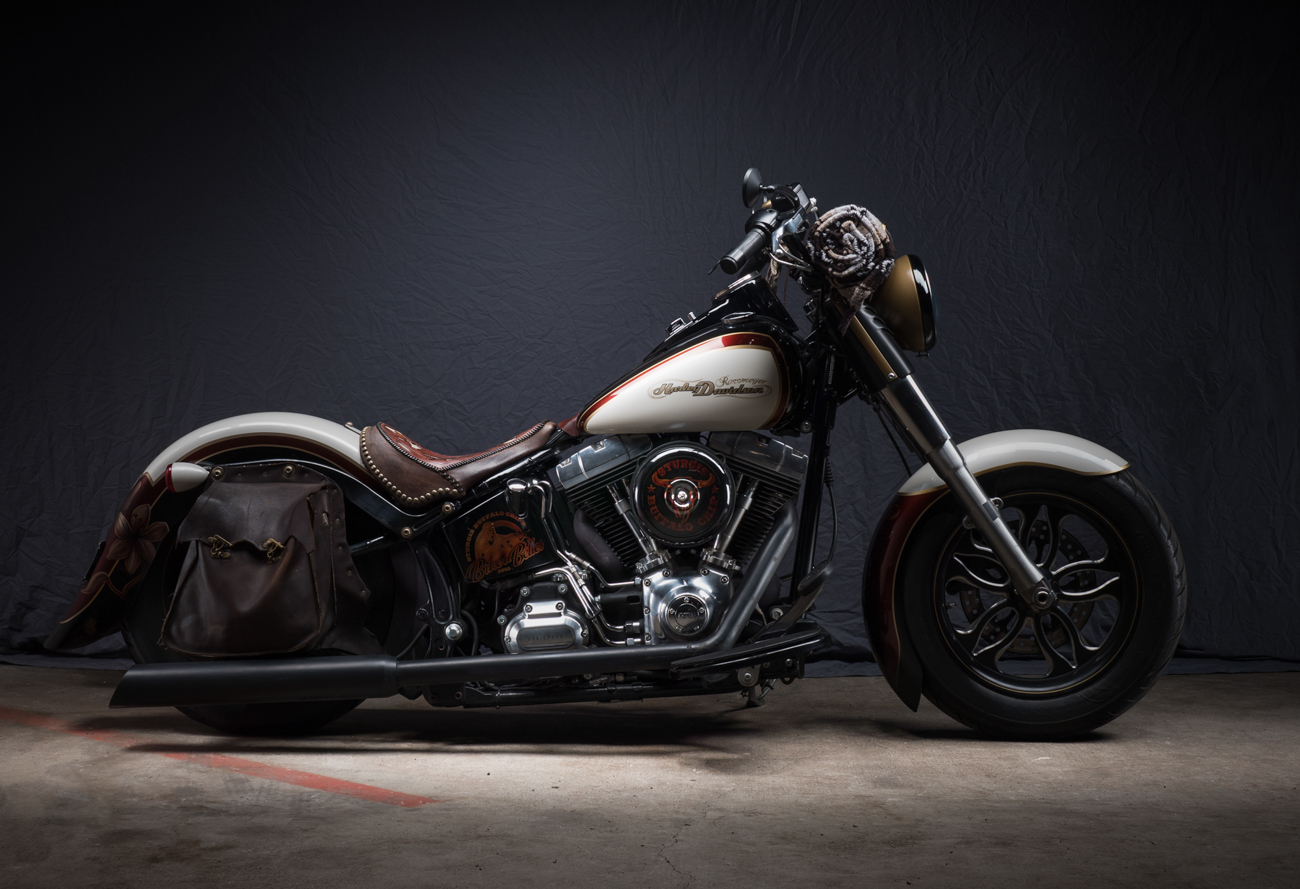 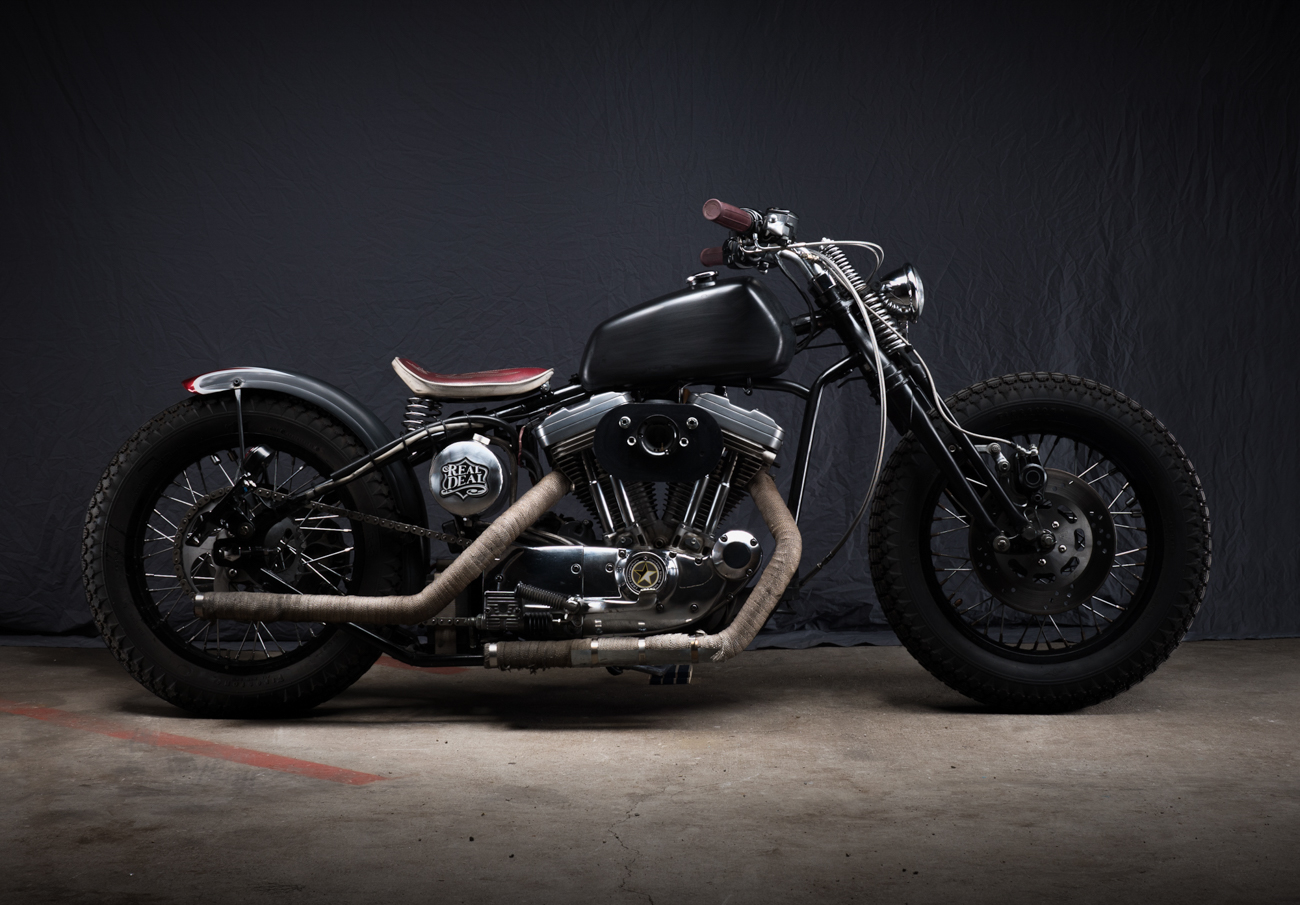 Theresa Contreras is a painter and designer working out of her shop LGS-CTE Motorsports in San Dimas, California. Her Harley is a super low slung chopper/bobber with springer front end, custom tank, seat, and oil tank. Her air cleaner is missing in this photo because it unfortunately came off on the freeway riding in… but she won a new Boyle Custom Moto piece from the raffle so it worked out perfectly in the end. 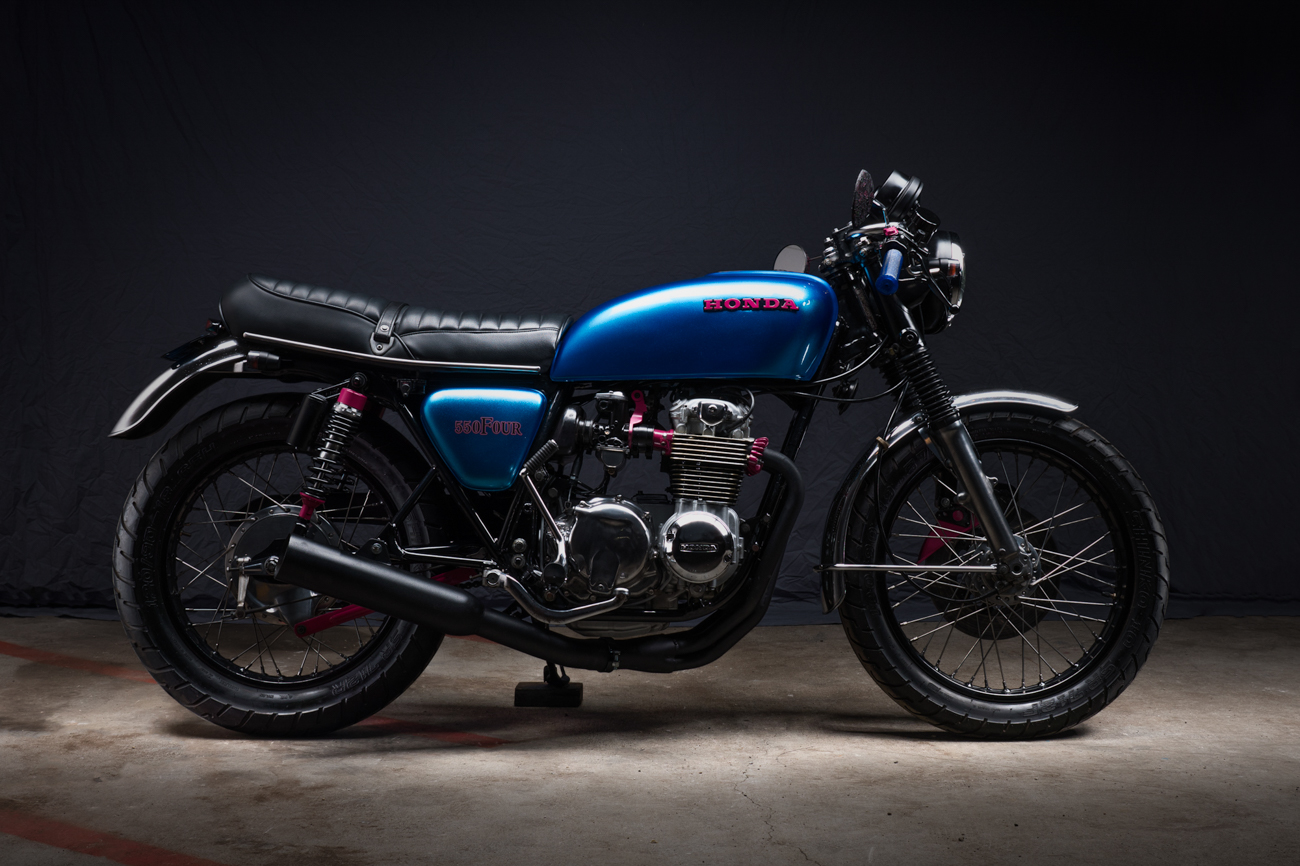 Ellen Wright got to show off her freshly finished classic-with-flair 1976 Honda CB550 restoration. I’ll let her tell you how this bike came to be… “So this one time I thought I’d impress a douchebag I was dating by rebuilding my dad’s rotten Honda CB. This guy was obsessed with motorcycle culture: we watched On Any Sunday the first time we hung out, and he waxed poetic about riding all day with buddies and wrapping up with beers around a fire. By the time I got my hands on the Honda I could not ignore that he was dating me along with about half of San Diego. But, three and a half years later, I don’t give a damn because I have a badass moto of which he’d be completely jealous.” 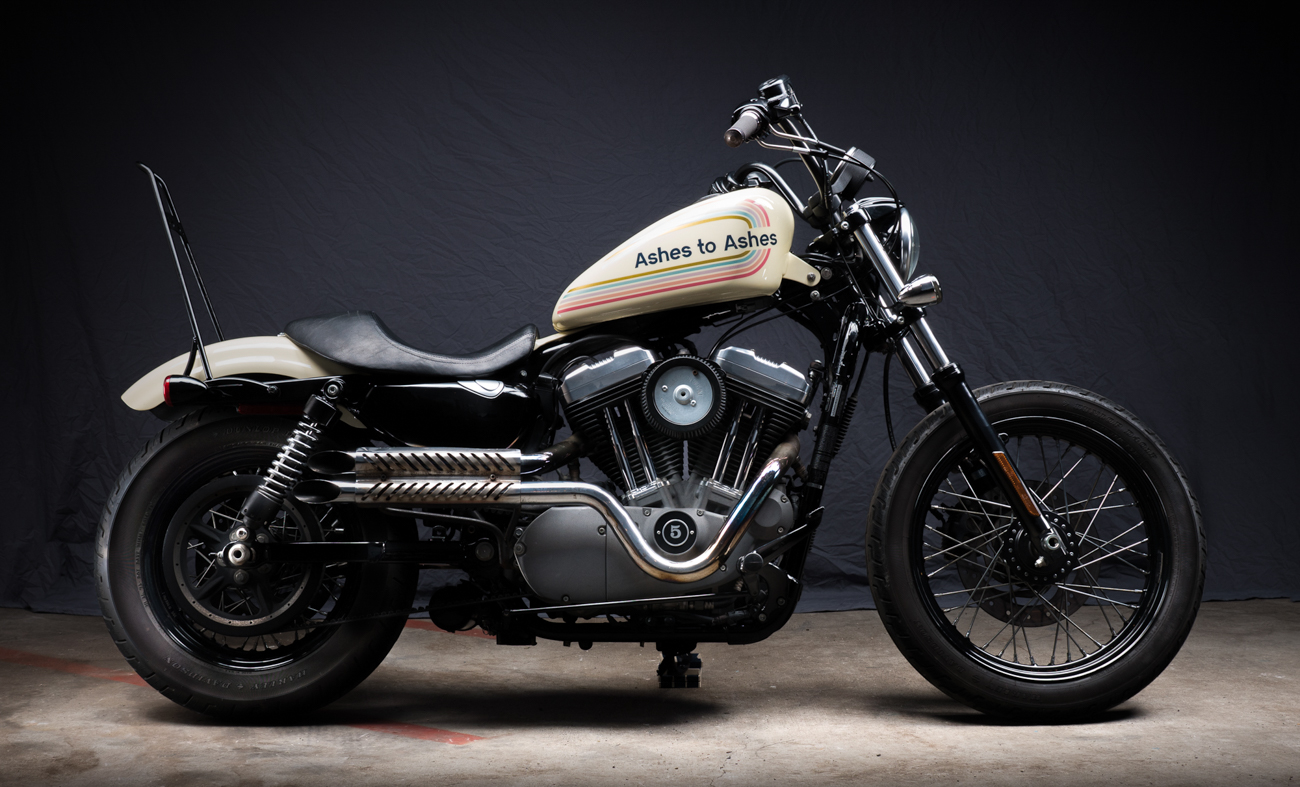 My homegirl and hairstylist Emma Bass was one of the first lady riders in SoCal to make me feel included. She let me crash at her house and park in her driveway after having met me once on a road trip from Colorado to Oregon… so to say the least she’s a pretty cool chick. Her Harley Sportster has a simple yet awesome custom paintjob by Jen Hallet and Matt Ross, with “Ashes to Ashes” on one side and “Funk to Funky” on the other. It’s also equipped with classy spoked wheels, custom exhaust, and a sissy bar. 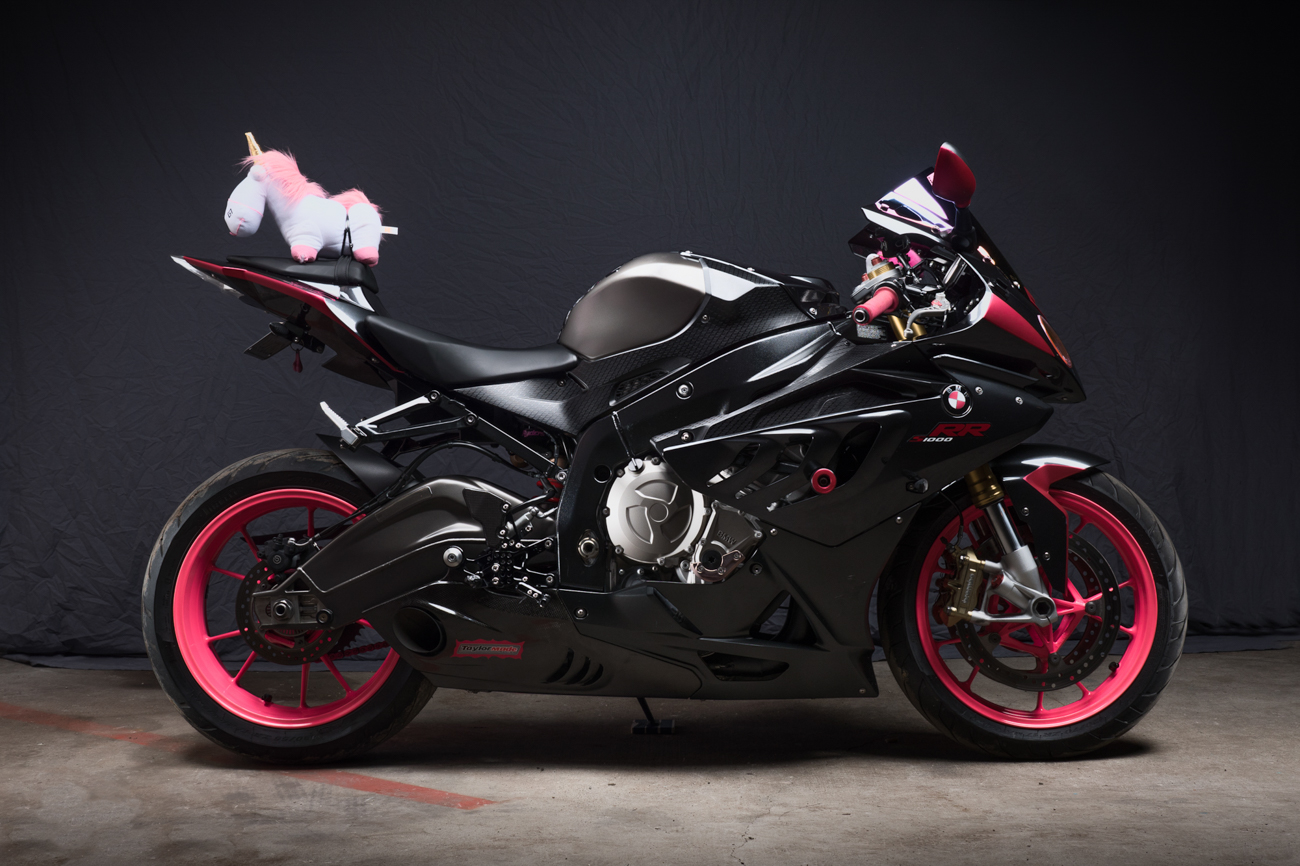 I for one cannot wait until next year’s WMS… I’ve already started planning. So ladies, get those bike projects started, I’d love to see them in 2018!

Please take a peek at the photographer Jimmy Ban’s website, check out the official after show rap up article and video, and all the photos from the WMS photobooth.

more: from the blog | custom motorcycles