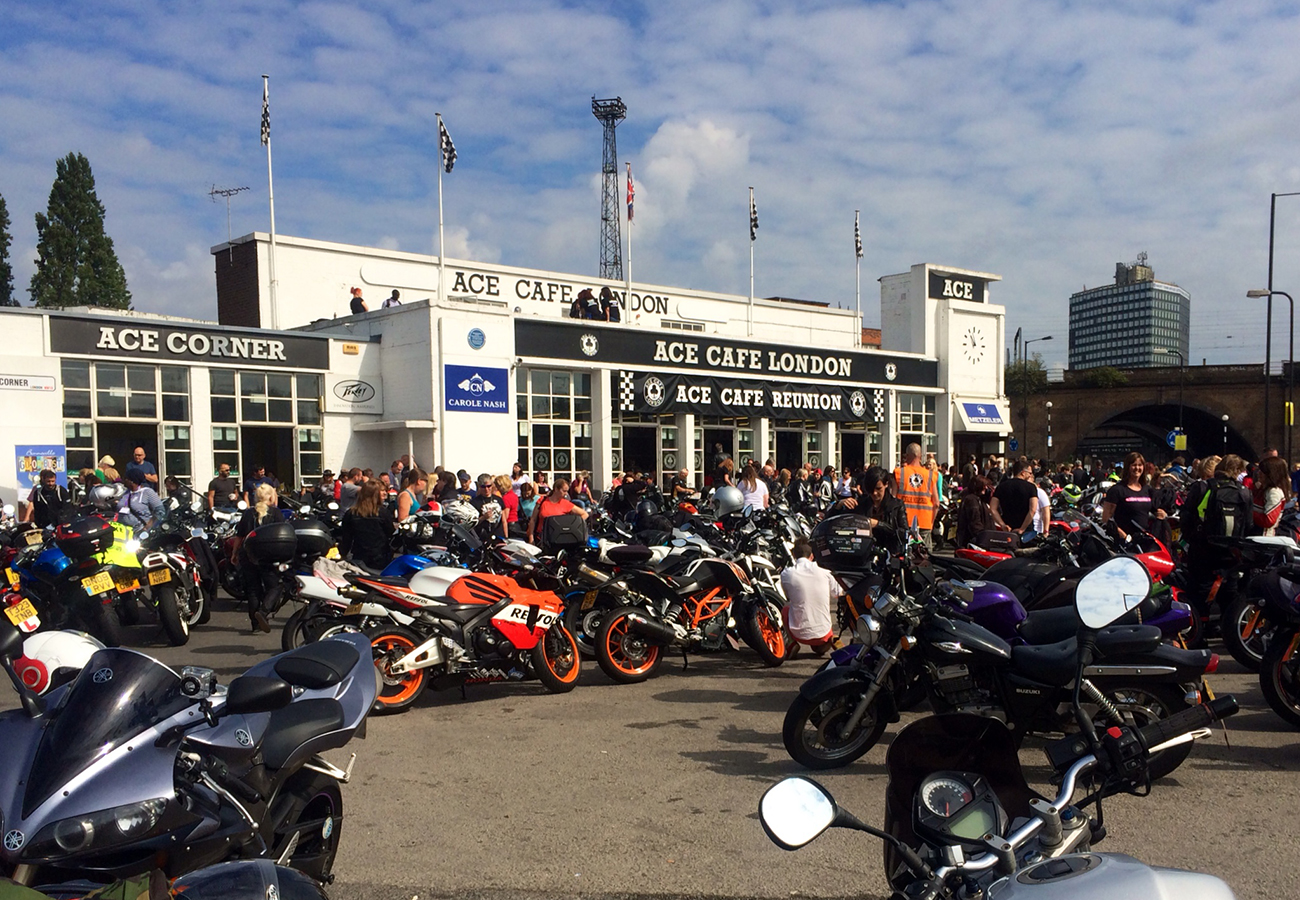 On August 16th 2015, a group of female riders rode in to London’s infamous Ace Cafe to create a new World Record.

On a sunny Sunday in August, female riders from all over the UK (and a handful from Poland) woke up early, pulled on their leathers, donned their helmets, threw a leg over their motorbikes and rode in to North London to attempt to break a world record for The World’s Largest All Female Biker Meet 2015… and they did it!

Not only did these women blast the old meet-up record out of the water with a whopping 618 riders showing up, they managed a second world record as well… with 251 women riding at once as they set off away from the cafe in the afternoon. 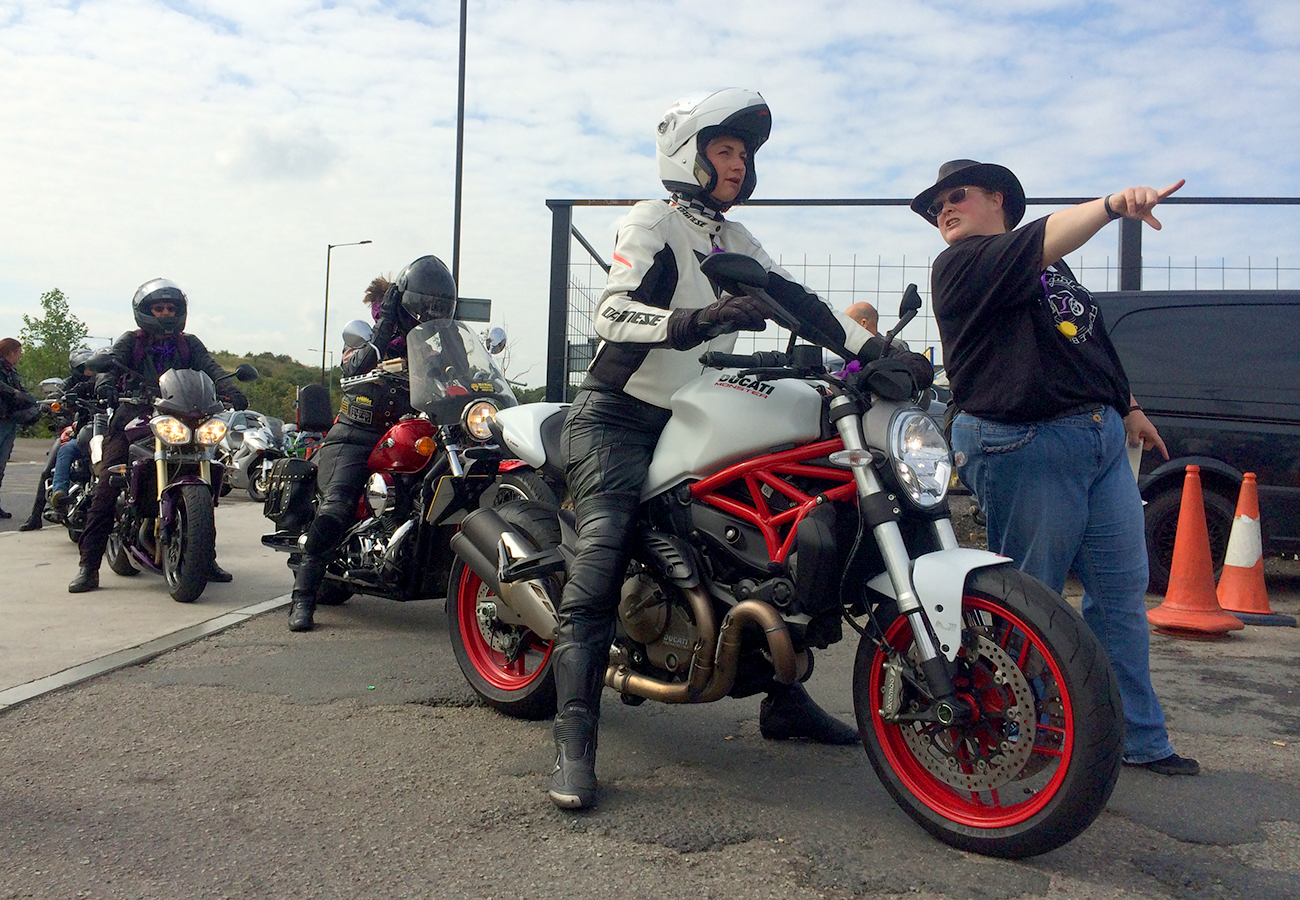 The rules of the game were that every woman counted had to be riding her bike up to the Ace (passengers were not counted), and a camera caught every single one of the 618 riders who showed up between 9am and 2pm that afternoon. The parking lot of the Ace Cafe was soon overflowing and our ladies bikes were soon lining up along the other side of the street, up the pavement and walking paths.

With women of all ages, backgrounds, shapes and sizes on bikes of all ages, brands, shapes and sizes in attendance, the event was a massive success. We showed the world that it doesn’t matter how tall or short or young or old or girly or tough or how bright your lipstick is… women ride motorbikes! From 10 year-old Emelia to… ahem… I didn’t dare ask who the eldest among us was, we all had one thing in common, a love of riding. 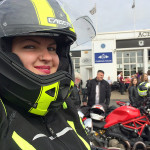 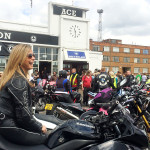 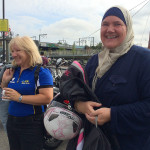 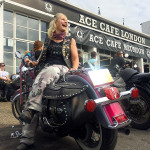 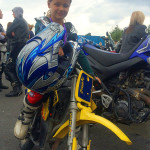 The bikes were as varied as the women who rode them… Ducati, Triumph, Harley Davidson, Honda, Yamaha, Indian, Suzuki… almost every brand represented in all sizes. And even better news…! 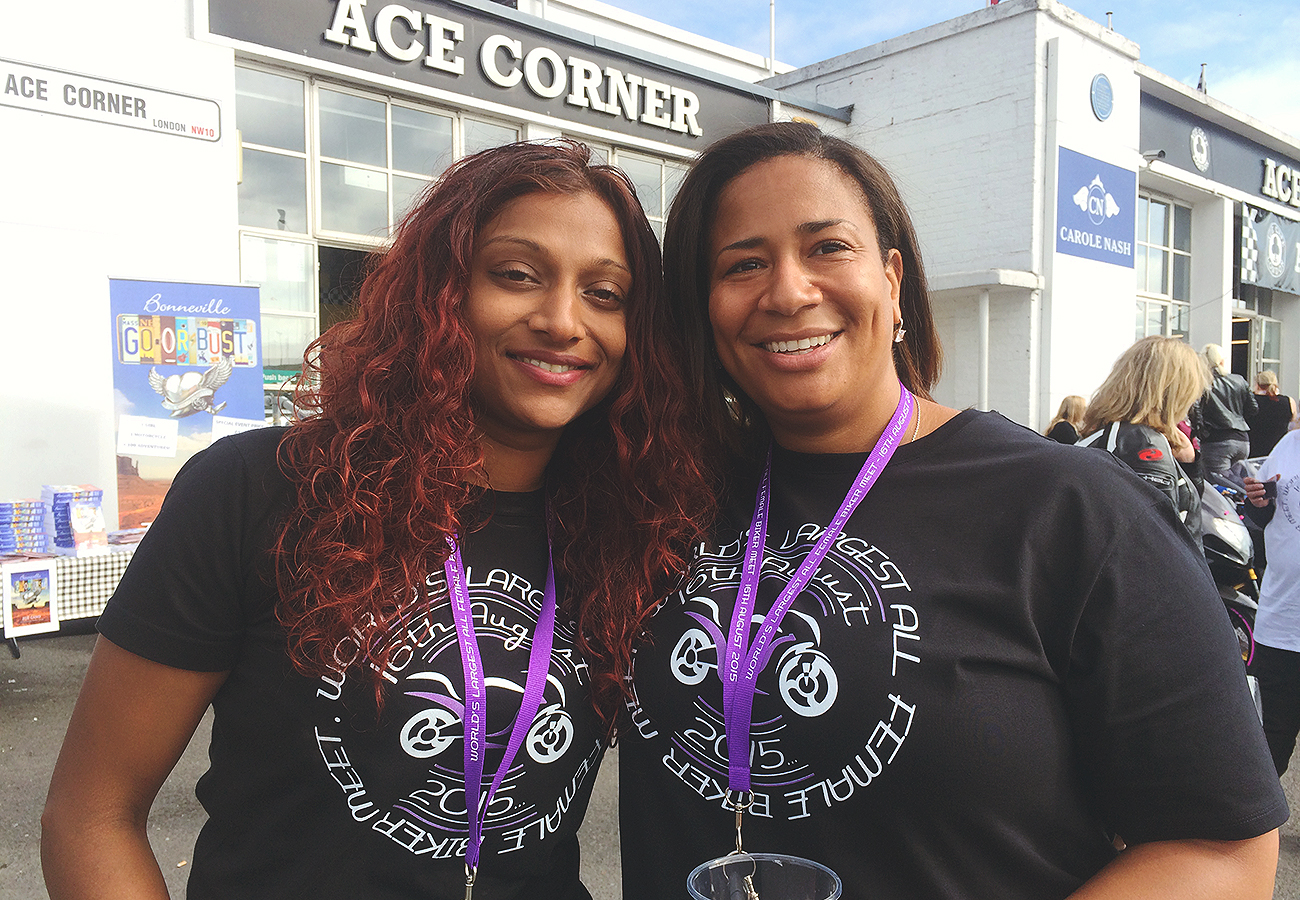 As every woman knows, it’s a royal pain trying to get decent and attractive gear in your size… the organizers, Nimi Patel and Sherrie Woolf (pictured above) are sending the data from the event to every brand and designer to provide proof that women are a large and growing portion of the marketplace, and if they want our business… they better start providing us with what we need; gear that fits, protects, and looks awesome! 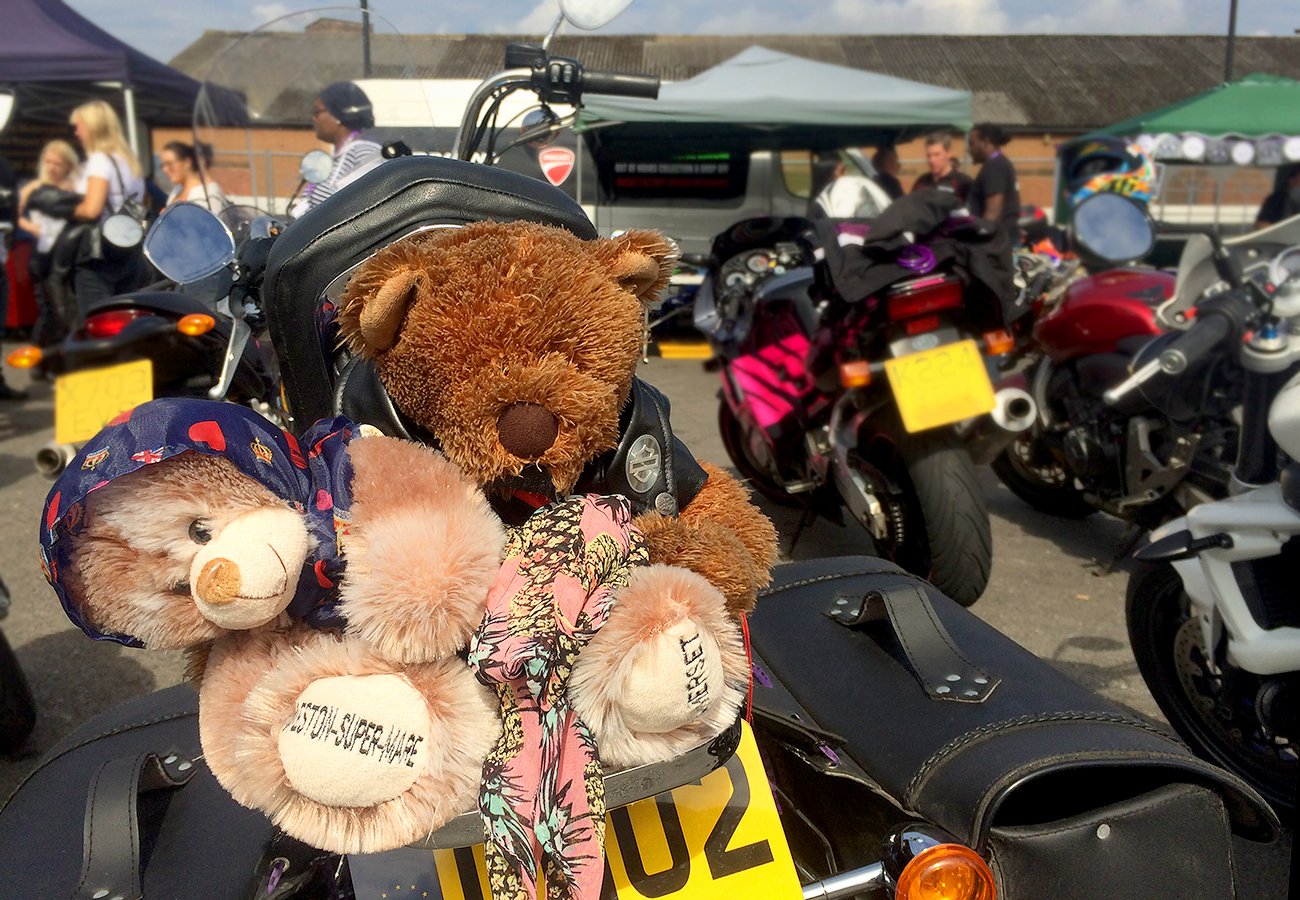 With appearances from Maria Costello MBE of Woman On A Motorcycle, Zoe Cano of Bonneville Go or Bust, it was a day with no shortage of adventurous women to talk to. Even the Met stopped by with two super cool motorcycle cops to show off their Ducati Scrambler traffic bike and to tell us about London Bike Safe training events. 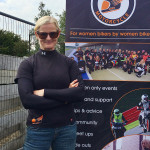 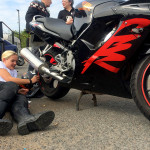 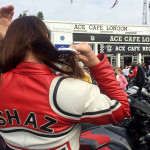 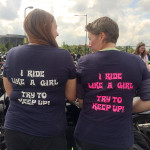 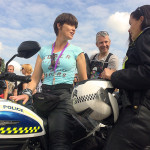 So… motorcycling women of the world, the gauntlet has been thrown. When is the next meet-up and who is going to beat 618? Because I’m willing to bet the ladies of the UK are ready to do it all again next year… and bigger! 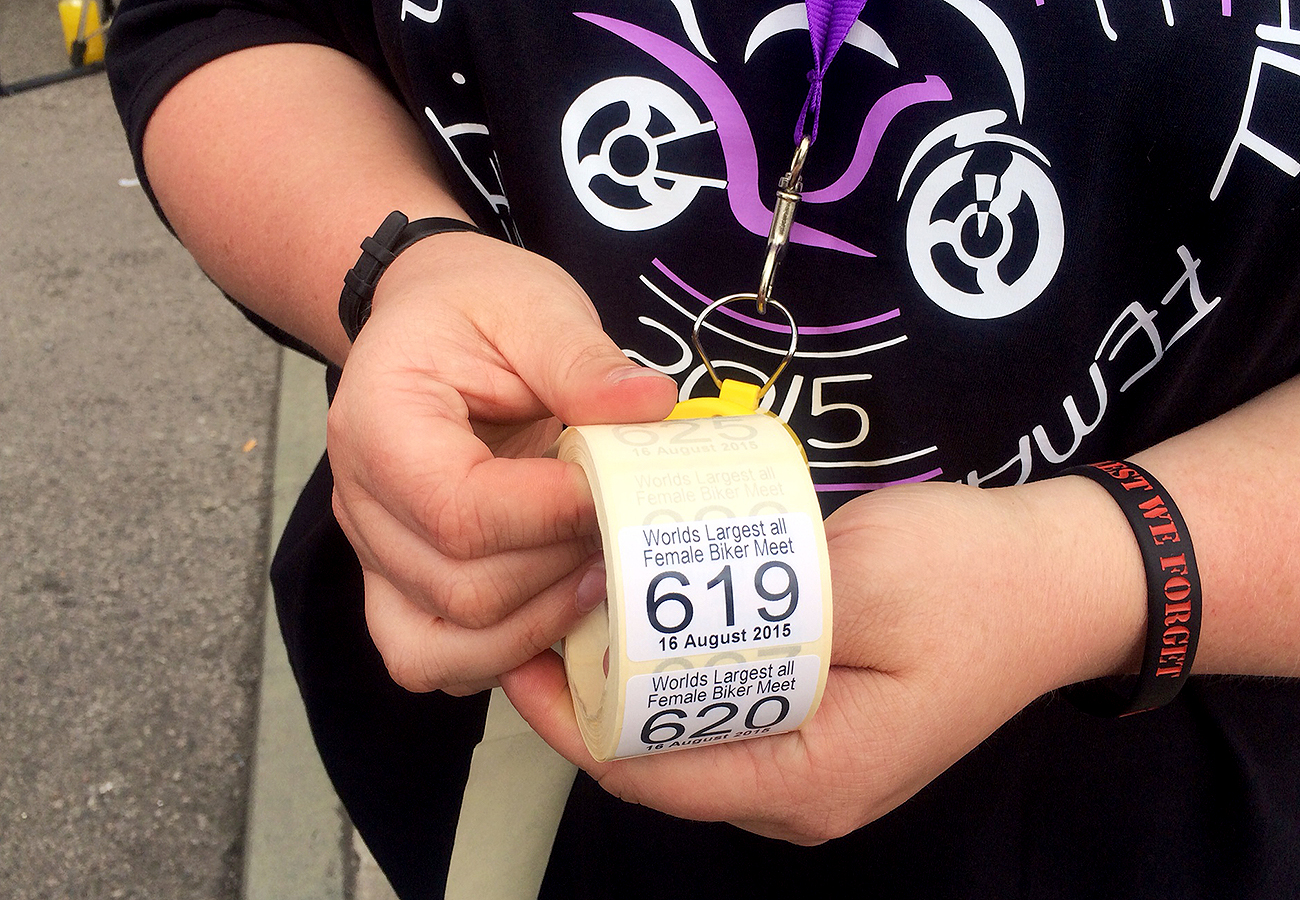