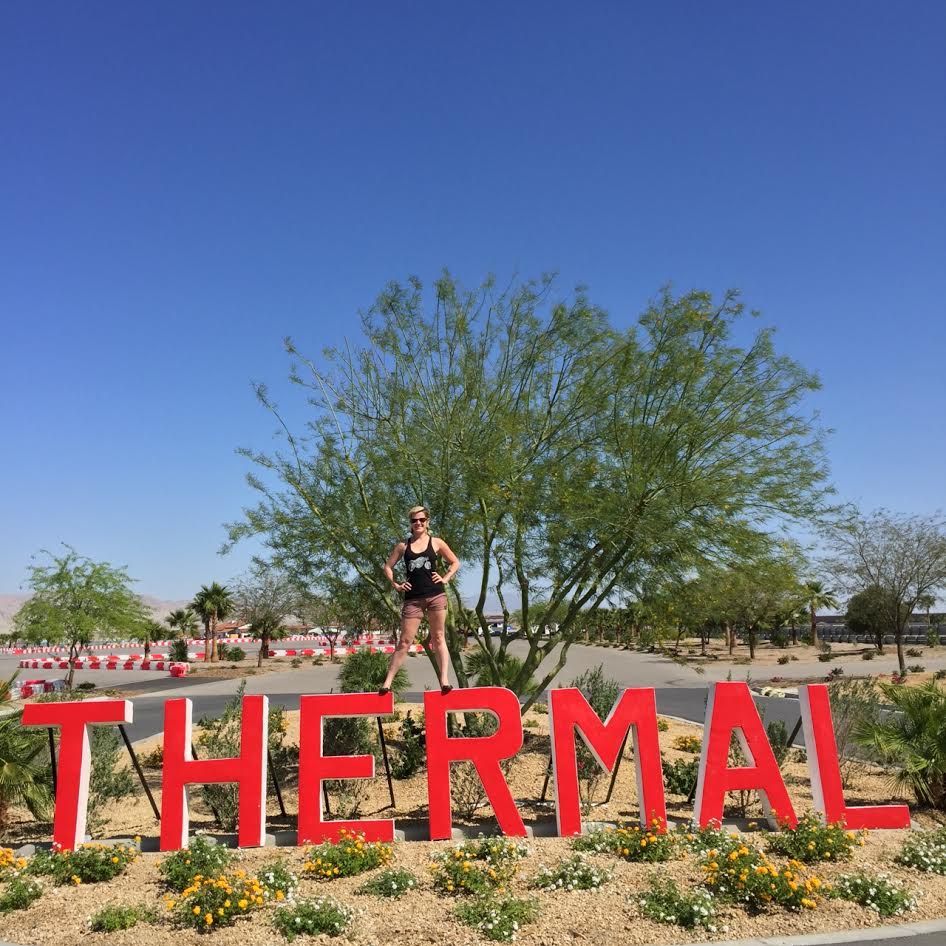 In March, I attended the MotoAmerica Superbike Experience at the the Thermal Club private track in Thermal, California.

Kahn Media invited a group of motorcycle journalists together to take part in a combo event from MotoAmerica featuring the Yamaha Champions Riding School (YCRS), Geico Suzuki Two Seat Superbike rides, and the Yoshimura Suzuki Factory Racing team. The YCRS session was absolutely invaluable to not only riding on track, but understanding the physics of your motorcycle in corners, at different speeds, and under different levels of braking. The whole thing was a great learning experience, from Wayne Rainey talking about the MotoAmerica purpose and vision, to riding the new Yamaha models on track to apply some of the newly learned YCRS material. 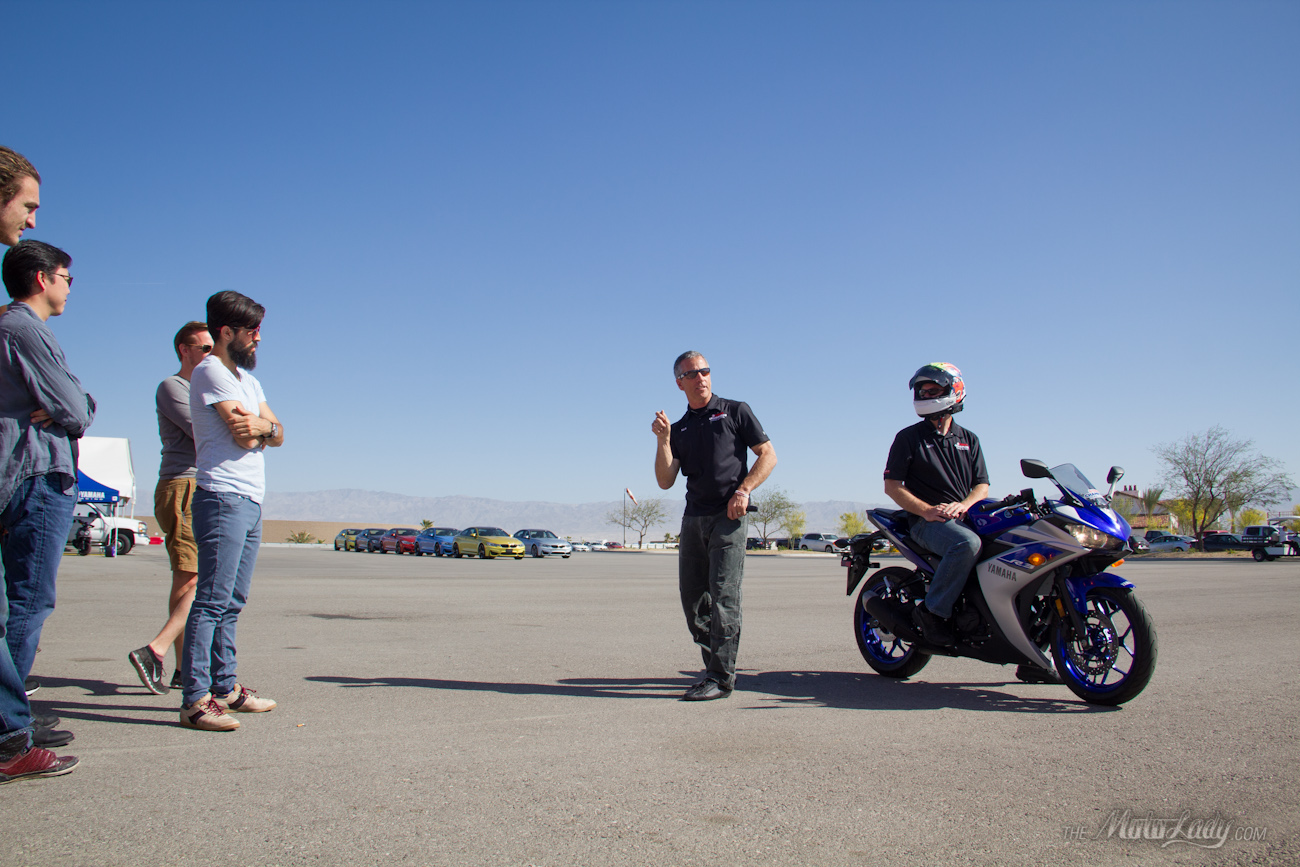 Quick hot points from the whole talk- Nick, who was getting us familiar with the fundamentals of correct riding position, riding lines, braking points, etc, reminded us that the worst thing we could do that day was crash. No need to go into show off mode, try to be the fastest, or anything silly like that. Simply apply the techniques and improve your own riding. 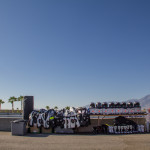 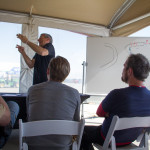 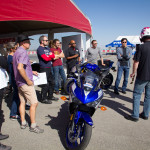 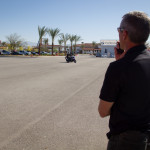 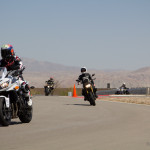 This brought me immediately back to Basic Rider Training through team Oregon and my [now buddy] Instructor Joel going, “smooooooothly” when describing any sort of change in input with the bike. I still hear his voice, “LOOK THROUGH THE TURN” when I get complacent through twisties. Everything they demonstrated made so much sense, it was amazing to connect all the dots in my head. I don’t want to paraphrase things they said and give you any sort of wrong info, so the best I can do is say TAKE THE COURSE. It’s a flight, some money, but oh my god, how worth it?! I only got about an hour of ‘classroom’ style time, and it made a huuuge difference in my riding.

I signed up for the Two Seat Superbike ride (which was insanely amazing if you missed the post), and waited my group’s turn for the on-track portion of the YCRS event. While the time on track may not have been the longest, it was an unforgettable experience. Since this was my second time ever on track, it was sort of perfect to get a blast of information, a little bit of time to practice, and then a whole lot of time to digest. When we all swapped groups and picked bikes, I was sort of in this last straggler group all by myself right before lunch time. Hey… no complaints here. One on one time with Keith Culver, the COO of YCRS, who works with professional (and Champion) racers? Are you kidding me? Let’s do this. 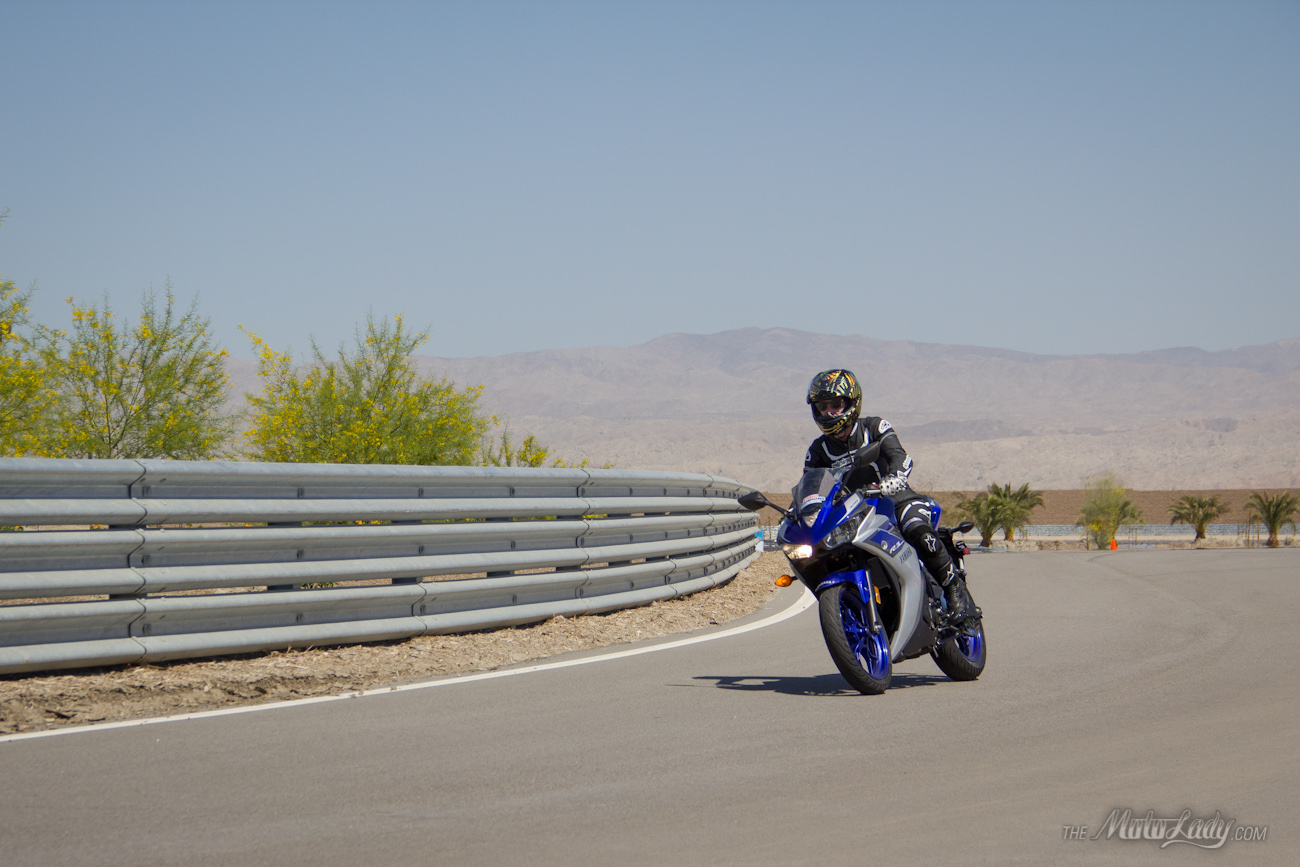 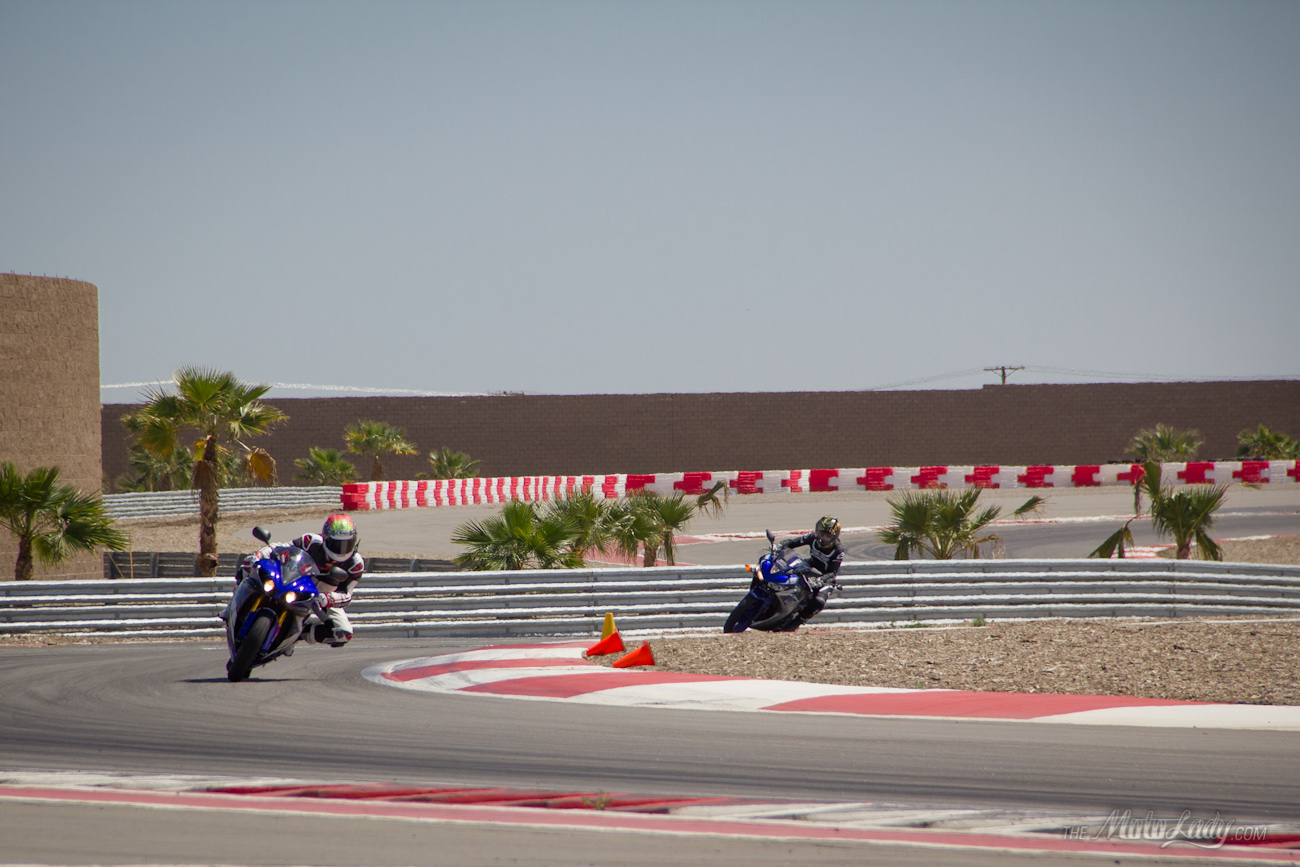 You know, one of the singlemost useful things I took away, like a light bulb went off when they said it… If you feel the bike sort of twitching or moving when you lift your butt/move it off the seat… it’s because you’re moving the handlebars. Another reminder that the motorcycle only reacts to the input you give it, and controlling it further is just a matter of understanding how it works. 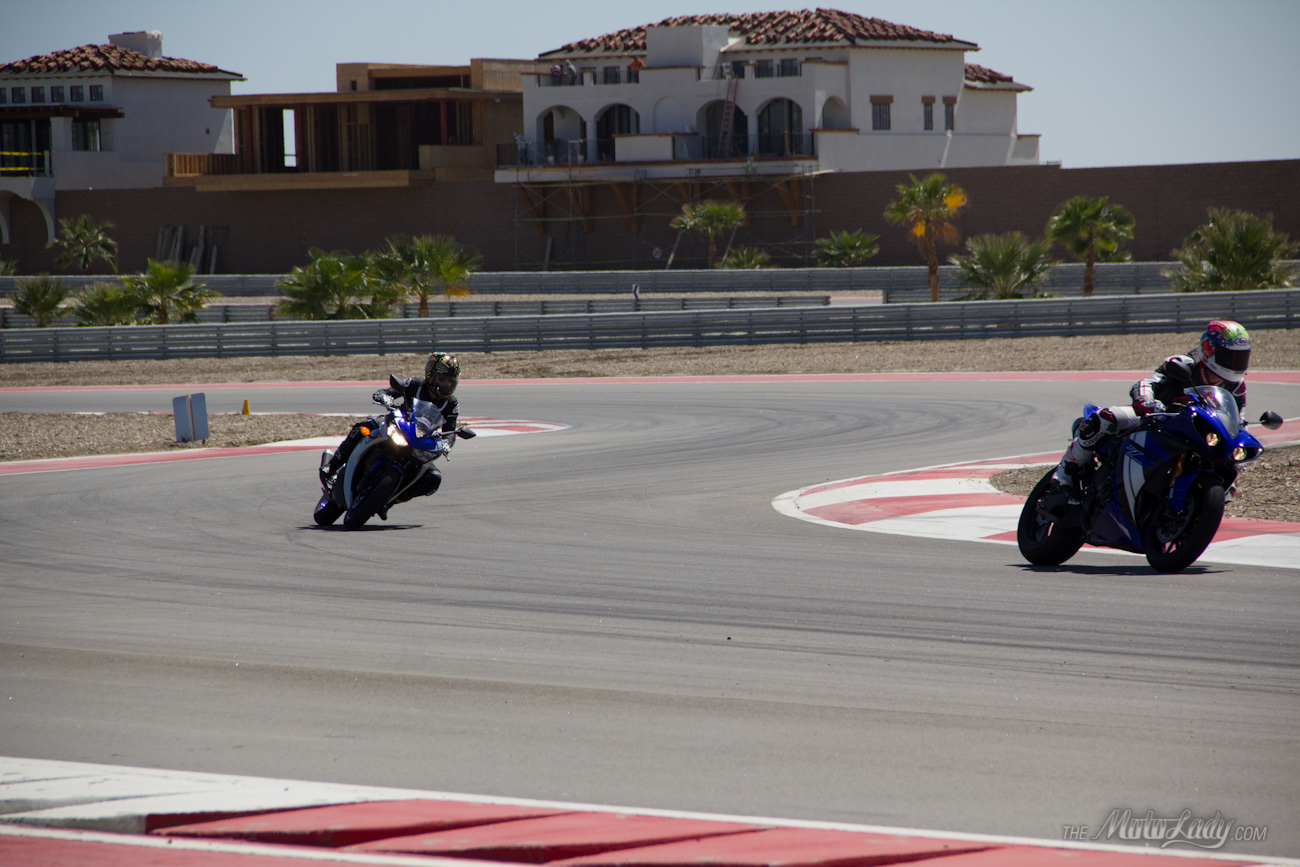 The biggest comment I got from Bruce at the MV Agusta track event was that my lines were great, but I needed to get better at moving my whole body off the seat. This makes perfect sense to me, as I currently really only have experience street riding. I’ve gotten good at picking the path of least resistance, the right line/apex, but I haven’t been moving my lower body much. I found practicing this was hard again at the MotoAmerica event because I ended up riding the (fun but small) Yamaha R3, which as nick put it “is all about momentum”. Either way, I wouldn’t trade those hours for the whole world!

I have seen an immediate difference in my riding since this event- whether it’s regarding speed, smoothness, or how exhausted I am after. I find that after long rides and lots of twisties I often feel incredibly sore- not half as much now. Amazing what a little bit more or less movement can do on a motorcycle. 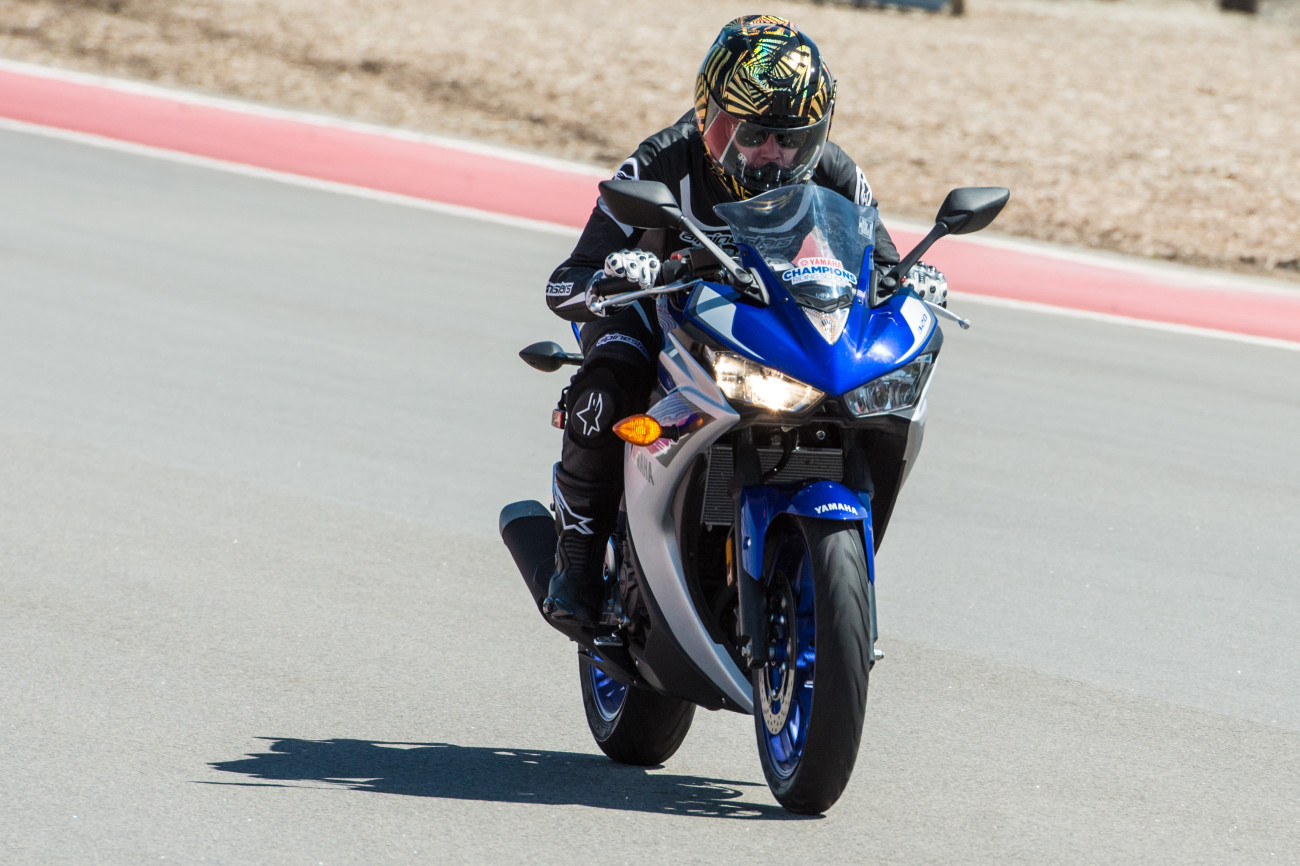 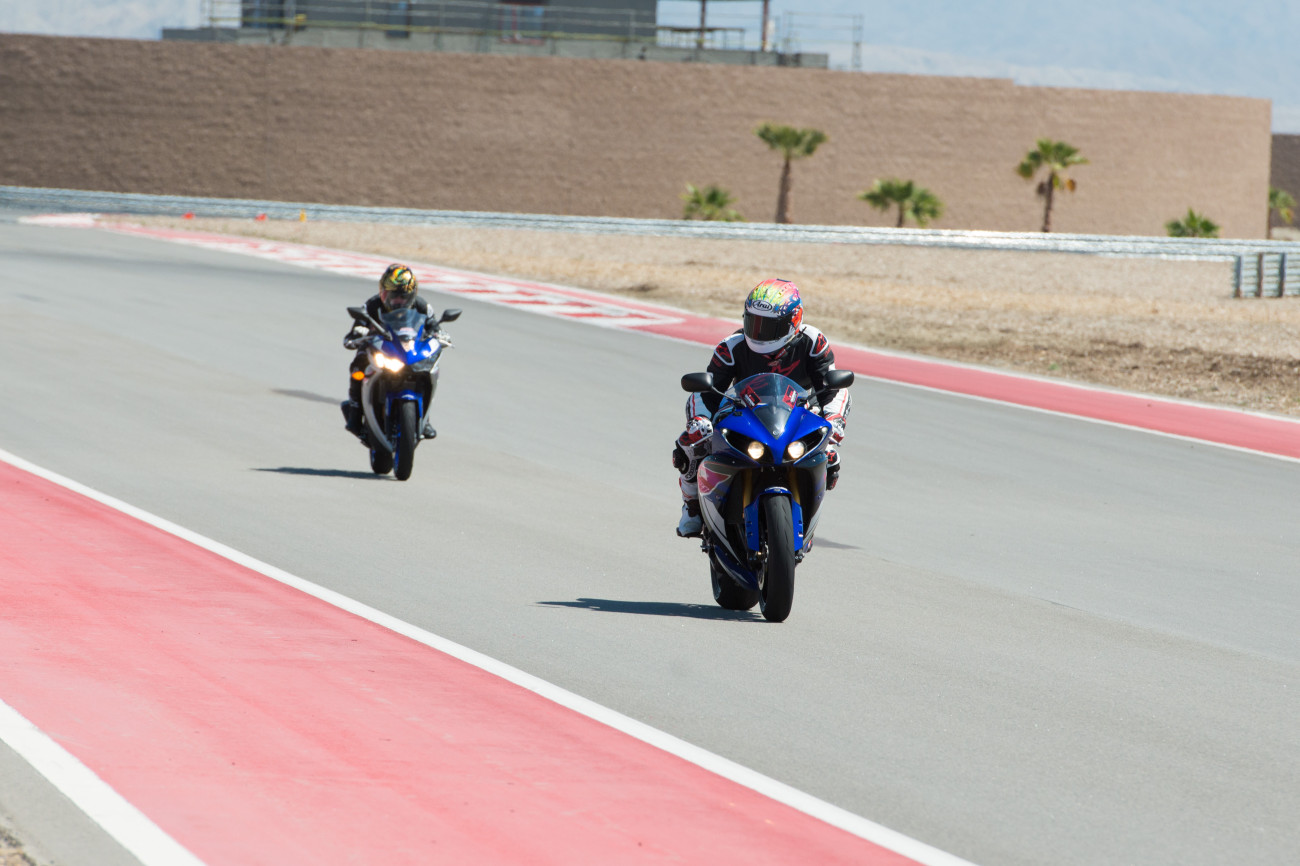 During lunch, I made my way over to chat with Wayne Rainey and ask for the obligatory picture… because… WAYNE RAINEY! I don’t often get all excited about meeting people, but amazing motorcycle racing legends are definitely in that category. Chris Ulrich (right) tried to escape from the photo, but I insisted he stay, as he had also made my day that much more fantastic by flying me down the track at 170mph on the Two Seat Superbike ride. 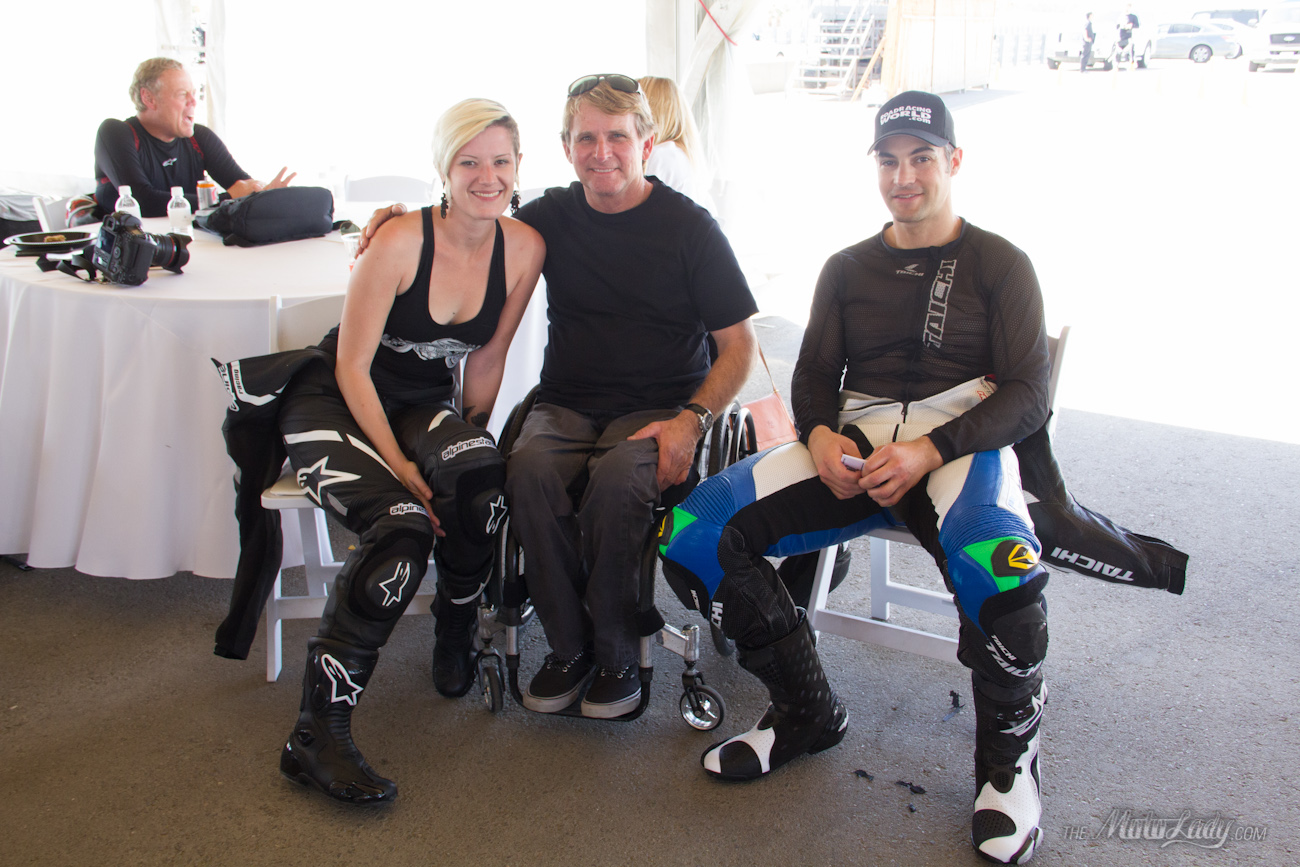 Food and talking time ended, and we were ushered over to the Yoshimura Suzuki Factory Racing team trailer to check out the eye candy. I couldn’t go without taking off the one piece… it was super warm out in Thermal. Surprising, right? 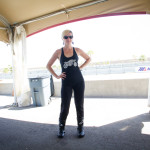 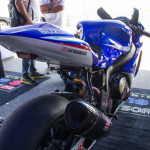 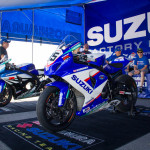 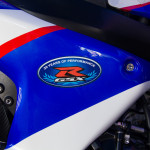 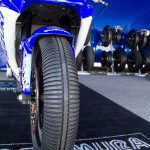 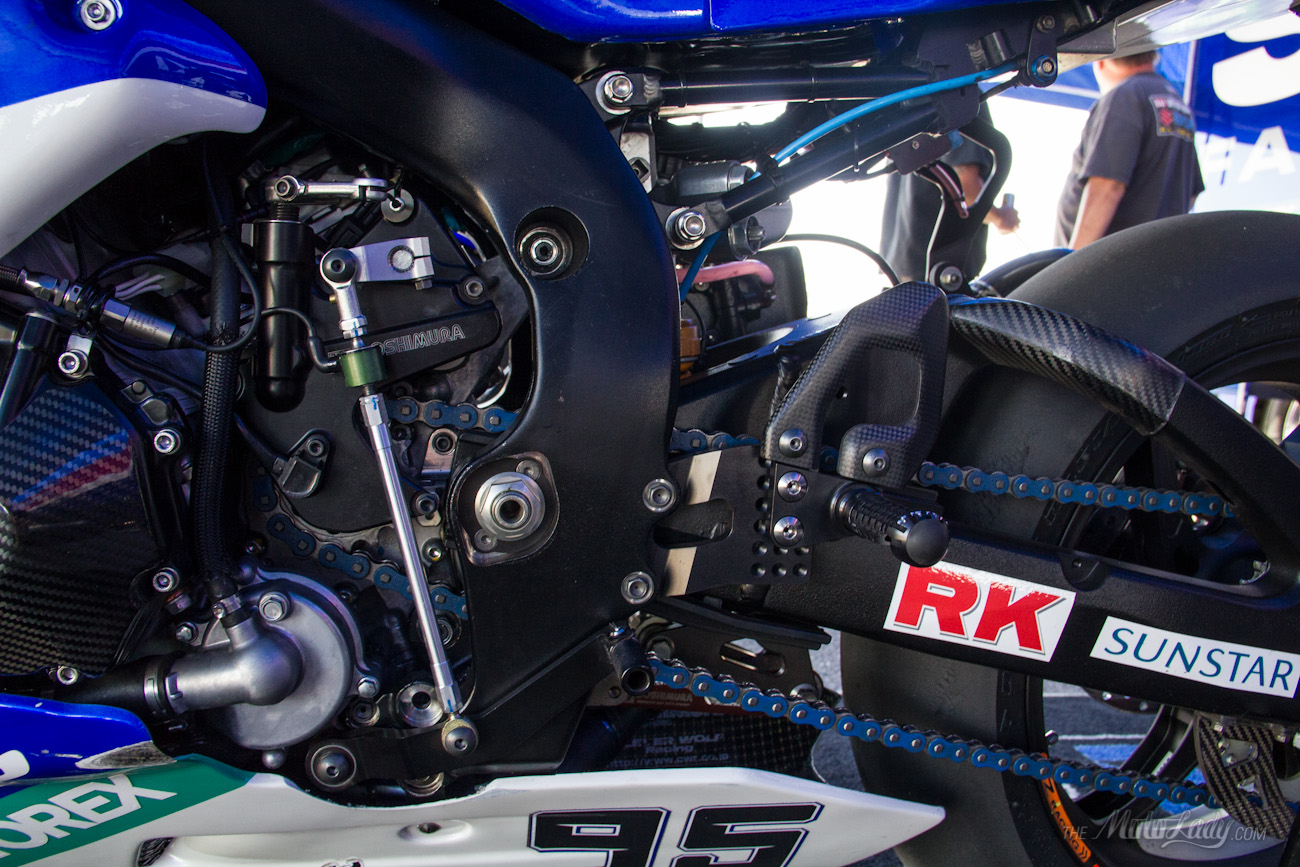 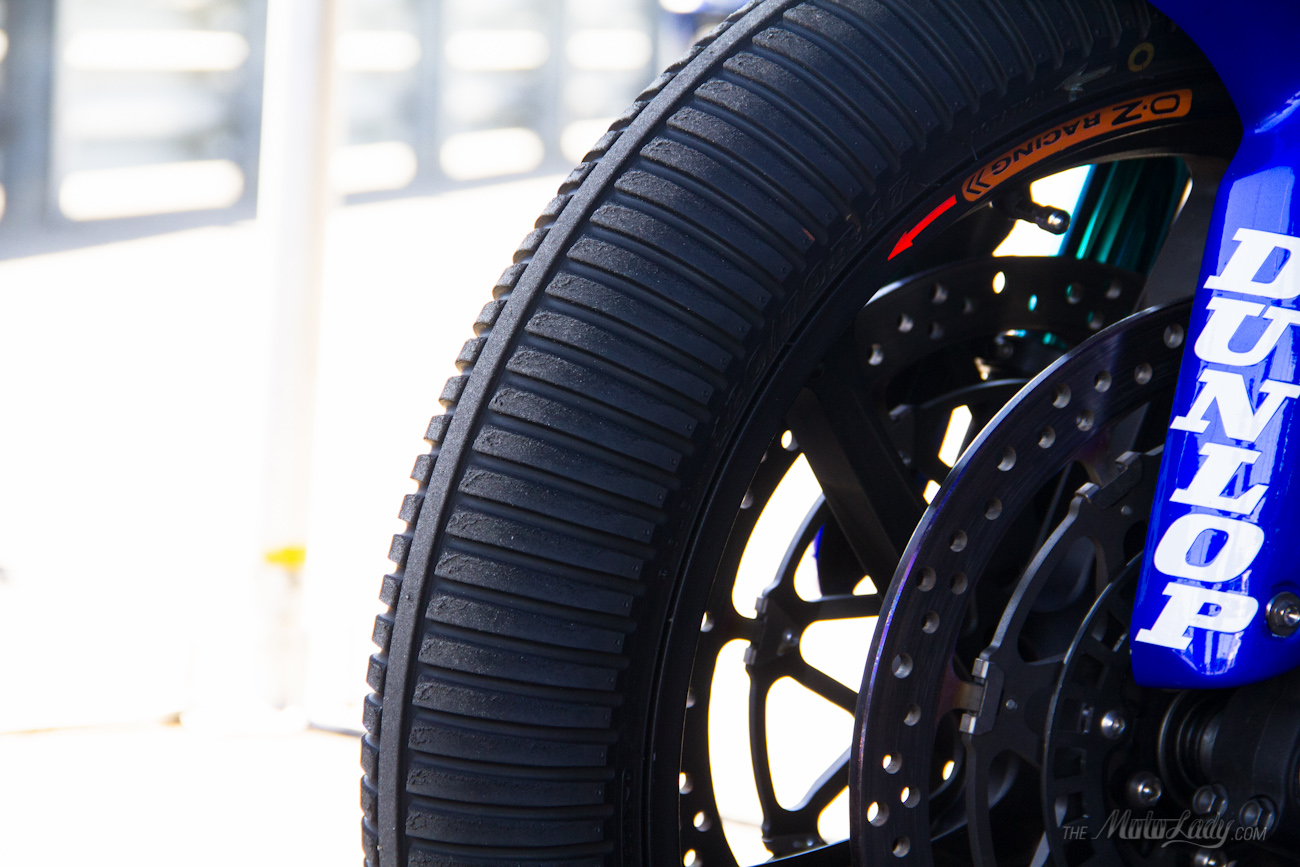 Here’s a short little video clip of the day from the YCRS guys!

Thank you so much to Kahn Media and MotoAmerica for putting all this together, Alpinestars for bringing out gear so all the riders would be covered, and the Thermal Club for letting us use your awesome private track.

Don’t miss reading about my perma-grin during the Geico Two Seat Superbike Ride!

Posted on April 23, 2015 in Blog, Events by Alicia Mariah Elfving